Songs of the Week: Black and Blue 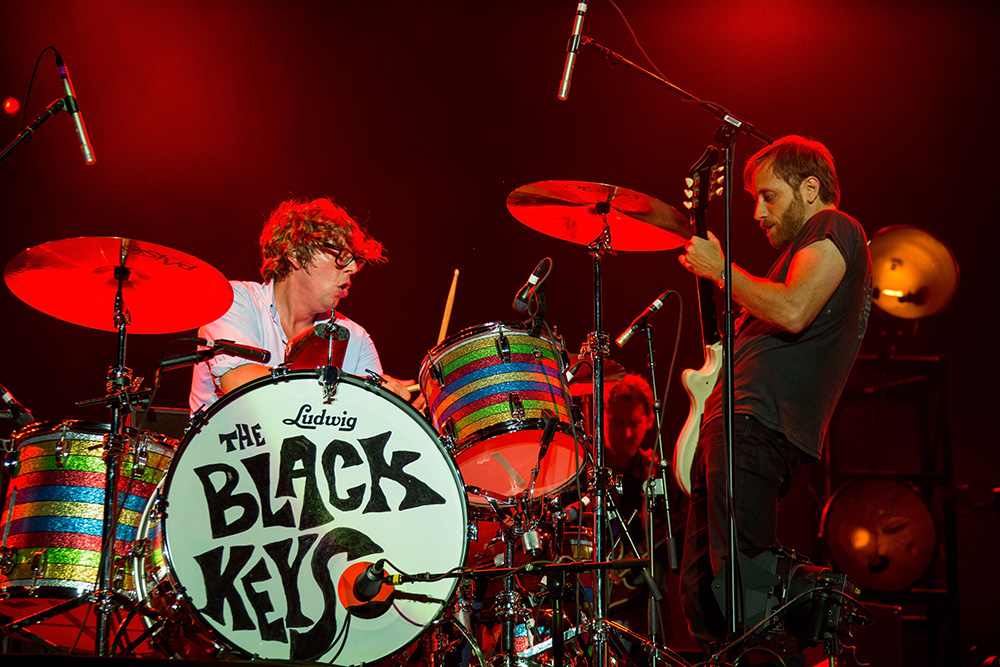 The Black Keys’ previous record, 2011’s El Camino, is the best arena-rock record of the ’10s, a near-perfect mix of pop smarts and blustery swagger. Judging by the title track of the forthcoming Turn Blue (as well as the preceding single, “Fever”), they have exited the hockey sheds and are currently decamped on plush velvet couches in a darkened lounge where Al Green records play on repeat. It will be interesting to see how this new direction (assuming these songs are indicative of the rest of the record) plays with the band’s bro-heavy crowd, though I suspect the girlfriends in the audience will find it quite amenable.

Dan Auerbach Sex Jamz Volume 2: The Black Key Who Plays While Standing Up also pitched in on the new LDR single, already dissected quite capably by Molly Lambert. Personally, I’m Lana-agnostic, but I do appreciate how the otherwise lethargic singer sounds relatively spirited here. Alternate title: “Edge of Seventeen (Heartbeats Per Minute).”

If Mastodon played arenas, 2011’s The Hunter would replace El Camino at the top of my arena-rock albums of the decade list. While some longtime fans are still wishing for another Leviathan, I’ve been loving the band’s evolution into a geek-prog Queens of the Stone Age. This first single from the forthcoming Once More Round the Sun suggests Mastodon is headed even deeper into this starry void.

Sturgill Simpson, “Turtles All the Way Down”

A few days ago I had a deeply weird, intense, and great conversation with Kentucky native and psychedelicized country troubadour Sturgill Simpson in a Madison, Wisconsin, hotel room. I’ll be sharing more about that experience soon, but in the meantime, I highly suggest putting his new video, “Turtles All the Way Down,” into your brain, especially if you’re into love and being cut open by reptiles.

It’s nice to know that when I eventually decide to ingest my body weight in cocaine in the back of a limousine while watching Blade Runner and slowly going insane, at least I won’t have to worry about a soundtrack.

The Drip, “Rise to Failure”

Your midcolumn heavy metal smoke break, from the new album A Presentation of Gruesome Poetics.

This Richmond, Virginia, indie-pop band is currently on tour with the War on Drugs, and the group’s stunning new album, Trance, sounds a bit like a kid-brother version of Lost in the Dream. “Skate or Die” is all dreamy atmosphere and evocative guitar lines, and pulls you in deeper each time you hear it. Apparently, White Laces is still looking for a record label to put out this great LP — trust me, there’s plenty more goodness where this came from.

If Conor Oberst is no longer interested in putting out Bright Eyes records, I’m glad Andrew Jackson Jihad has assumed the (fetal) position.

Young Widows is a Louisville trio that makes post-punkish, goth-y metal that grinds like the gears of a stalled tank right before it rolls over your skull. This song comes off the band’s third record, Easy Pain, due out May 13.

It’s the weekend, so of course you’ll need some ’90s Baltimore club-music revivalism courtesy of this Newark DJ.

"Probably 'Smokin Aces', because it wasn't my hair, and it was like, long beautiful hair that I could never grow." … "Yeah. I take a supplement called Viviscal. And it's supposed to help speed up your hair growth. And I really think it works, because my beard grows really fast and I have to get a haircut once a week while using it." —Ask Jeremy Piven Anything About His Hair