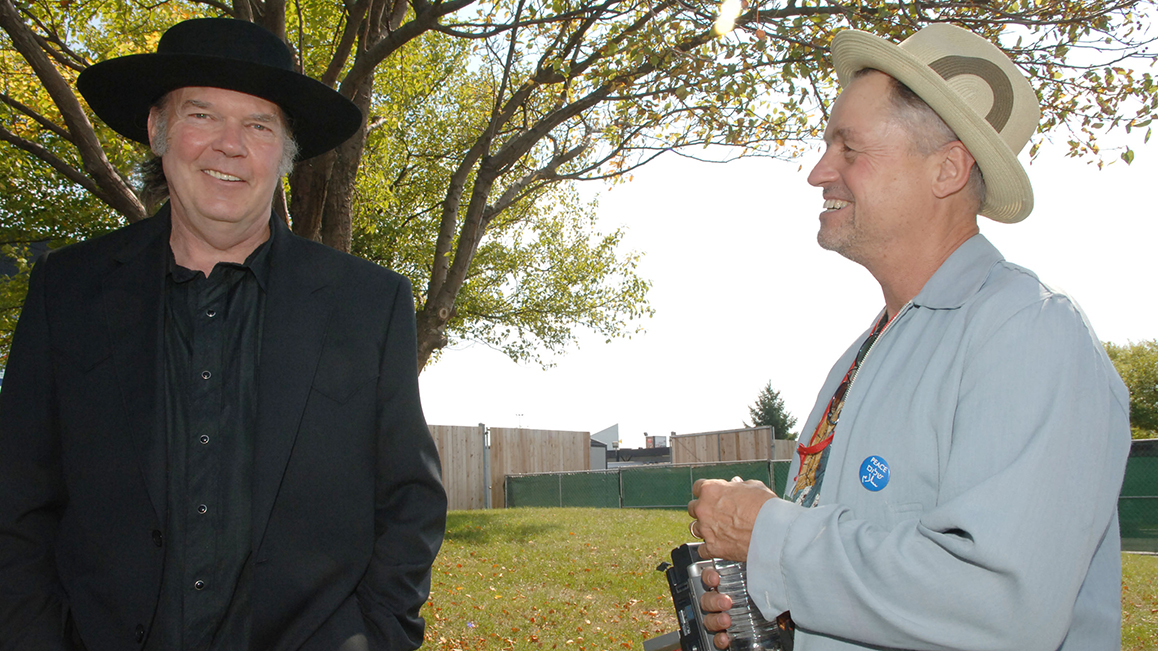 “Music was my first love, movies came second,” Jonathan Demme once said. Before he directed Something Wild, Married to the Mob, or The Silence of the Lambs, Demme penned rock reviews for the alt Boston newspaper Fusion, and he first broke into the film business by coordinating music for a low-budget film called Sudden Terror. And anyone who’s seen one of his scripted movies or music documentaries knows that his first love lingers on.

Demme’s latest is the Diablo Cody–penned Ricki and the Flash, a drama starring Meryl Streep as an aging rock star trying to make peace with the family she abandoned in favor of her career. The film has all the traditional musical touchstones of a Demme film: musician cameos (Rick Springfield stars alongside Streep), a soundtrack featuring some of his favorite songs (Streep covers Tom Petty’s “American Girl” and Bruce Springsteen), and some original music from contemporary artists (Jenny Lewis and Johnathan Rice wrote the track “Cold One” for the movie).

“We’re raised on these two incredible treats. We hear music coming over the radio first; we fall in love with music. We see television, and we fall in love with the moving image,” Demme said to Rolling Stone. “A music film is what takes these two separate, wonderful experiences and marries them.” No director seems better at marrying the two worlds than Demme, so here’s a mixtape of sorts, made up of some of the director’s major music moments; the musicians he loves to shoot, to work with, and to cast in weird bit parts in his movies.

No group has been more of a musical muse to Demme than Talking Heads. A superfan of the band, Demme got in touch with them through a mutual friend after their Speaking in Tongues tour, looking to make a film. “I’ve always wanted to do a film that was pure music, and to do a film with Talking Heads was a dream come true, you can’t top it,” Demme said. “One of the things I found so exciting was all these relationships between musicians; and that’s something I’m interested in every film I do, in the relationships of the characters.”

In addition to directing the group’s famed concert film, Stop Making Sense, Demme also directed the band’s video for “Once In a Lifetime,” enlisted David Byrne to write original music for Something Wild, and cast the singer, bizarrely, in an episode of Trying Times which he directed. Demme also helmed the music video for the timeless classic “Genius Of Love” by the Talking Heads spin-off Tom Tom Club. Talking Heads drummer Steve Scales makes cameo appearances in Something Wild and Philadelphia.

The director of three Neil Young documentaries (Neil Young: Heart of Gold, Neil Young Trunk Show, and Neil Young Journeys) and Young’s 1995 collaborative short film with Crazy Horse, The Complex Sessions, Demme is a self-described Young groupie. He first got to work with Young when making Philadelphia. In an attempt to reach homophobic young men, Demme wanted to start the film with a classic rock anthem: Young’s “Southern Man.” “I wanted to reassure the guys that Neil thinks this is okay,” Demme said. After cutting the opening sequence with the track and sending it to an enthusiastic Young, the musician sent back the demo for “Philadelphia,” which would go on to close the film.

After Young gave him “Philadelphia,” Demme was still looking for a Middle American, macho rock song to start the film with, so he reached out to Springsteen. Instead Springsteen gave him the mournful “Streets of Philadelphia,” which wasn’t exactly what Demme had in mind, but was good enough for the title credits. It would go on to win the Oscar for Best Original Song. Two years later, Demme would direct Springsteen’s video for “Murder Incorporated.”

The mysterious Q Lazzarus is best known for singing the song “Goodbye Horses,” which appears first in Demme’s film Married to The Mob but was popularized as the serial killer Buffalo Bill’s dance music of choice in The Silence of the Lambs. A clear Demme favorite, Lazzarus showed up in Philadelphia in the party scene, playing a cover of Talking Heads’s “Heaven.” Demme met Lazzarus when she was an unsigned musician, working as a cab driver in New York. After he hailed her cab, she asked Demme if he was in the music business. “Uh, not really,” he told Rolling Stone. “So she puts on ‘Goodbye Horses’ going through a blizzard, and I said, ‘Oh my God, what is this and who are you?’”

After seeing her perform live in New York, Demme cast the reggae artist Sister Carol in a cameo role for Something Wild, in which she plays a restaurant owner who closes the film with a rendition of The Troggs’ song “Wild Thing.” She’d go on to appear in Married To the Mob as a hairdresser and Rachel Getting Married as a wedding guest.

A founding member of The Velvet Underground, Cale first worked with Demme when he was directing his first feature film, an exploitation flick called Caged Heat. “He knows more about music than a lot of the music industry,” Cale once said of the director. Cale would go on to score Demme’s Who Am I This Time? and Something Wild, along with Laurie Anderson.

The New York Dolls frontman played a priest in Demme’s Married to the Mob. “How well you cast your picture is how good it`s going to be. As soon as anybody speaks, it’s his or her picture,” Demme said of the film. “When I cast David Johansen, it wasn’t to trade off on his fame as a singer; he wasn’t that famous at the time. The idea was to make the audience say, ‘Hey, that`s a weird-looking guy.’”

In addition to TV on the Radio’s song “Satellite” being used in Demme’s remake of The Manchurian Candidate, lead singer Tunde Adebimpe played a major role in Rachel Getting Married, appearing as  Sidney (the man the titular Rachel gets married to). Demme reached out to Adebimpe casually, trying to fill a role originally offered to Paul Thomas Anderson. “We sat and basically talked about the bands that he likes,” Adebimpe said of the audition process in an interview with Stereogum. “I didn’t ask him, but I remember I was about to say, ‘Do you like the Talking Heads?’ Can’t ask the guy who directed Stop Making Sense if he likes the Talking Heads.” Wanting to score music live on set, Adebimpe and musicians like Zafer Tawil and Amir ElSaffar contributed original music to the soundtrack.

The California art-punk band got a smidge of notoriety when Demme directed their now-hard-to-find music video for “Gidget Goes to Hell,” which premiered on Saturday Night Live in 1980. But the lead singer Su Tissue had a hilariously scene-stealing role as Peggy Dillman, the awkward wife of Charlie’s co-worker in Something Wild, which was the last public appearance she made in either the film or music industry.

The experimental composer and wife of the late Lou Reed, Laurie Anderson helped John Cale score Something Wild and also composed the score to the Spalding Gray vehicle Swimming to Cambodia, which Demme also directed.

Demme directed one of the band’s most memorable music videos, a minimalist and intimate live performance of “The Perfect Kiss,” shot in the band’s practice studio. “One of my favourite things in watching any performance on film is when there isn’t a lot of cutting going on and when you get a chance to become really absorbed in the artist in hand,” Demme said of making the video. The band’s music also appeared in Married to the Mob and Something Wild.

The New Jersey-based ‘80s band had a major cameo in Demme’s Something Wild, playing a high-school reunion band called “The Willies.” Demme loved the band so much he initially wanted to do a concert film with them, inspired by zombies, called Night of The Living Feelies. “We would shoot it in Haledon, N.J., of course, and it would start with an homage to ‘Night of the Living Dead,’ and you’d see these zombified figures coming out of the nice little houses,” he said in an interview. “They would all arrive at this little hall there … and as they enter inside, the Feelies kick in, and everybody comes alive and starts dancing.”

Jonathan Demme directed Hitchcock’s 1998 concert film Storefront Hitchcock. The Soft Boys’ frontman also appears as a Russian spy in Demme’s The Manchurian Candidate, is on the soundtrack for The Truth About Charlie, and appears in Rachel Getting Married singing an original song he wrote specifically for the film, “Up to Our Nex.” “I read the script and I wrote the song. I didn’t know if he had a song for the film,” Hitchcock told the LA Times. “So I said, ‘Do you want one?’ He said, ‘What have you got?’ ‘Up to Our Nex’ is my take on the movie. It’s a synopsis of what the movie is saying emotionally to me.”