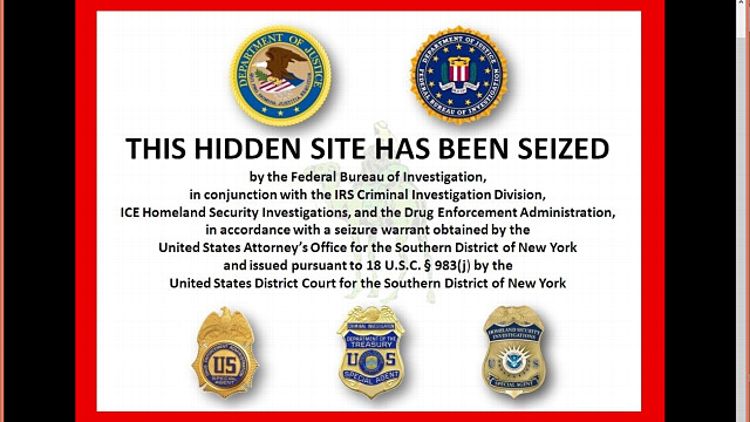 If Silk Road — the “anonymous marketplace” that sold illegal drugs, passports, ATM hacks, and dried reindeer meat (but mostly drugs) — had a headquarters, maybe manned by a fleet of office workers fueled by ill-begotten blow, you would have thought that yesterday would have been a pretty chill workday. The government is in the midst of a shutdown: This would have been a great time to wear sweats to work and enjoy a slice of celebratory office Entenmann’s. But that wasn’t what happened. Instead, yesterday was the day the FBI finally shut down the bustling black market hub and arrested its alleged mastermind, Ross William Ulbricht, a 29-year-old Californian previously known only as “Dread Pirate Roberts” (because even supervillains love The Princess Bride), who controlled more than $1.6 billion in sales in the past two years. He was virtually rolling around in bitcoins, the preferred currency of the Dark Web, and the indictment alleges that he once contracted a hit, which was never executed. He was arrested at a public library, bless him.

But what is the Dark Web, grandpa wants to know? Tell him that it’s the invisible Internet, the one you can’t access with your standard Googling. In the instance of Silk Road, you had to use a gnarly-sounding bypassing engine called Tor. It’s like an invisibility cloak you wear when you want to buy heroin and hack some databases — not that you would, but if you were so inclined. It’s a subset of the Deep Web, a place where your e-mails and Facebook messages (and anything else that can’t be found by a search engine) have nice summer cottages without any nosy neighbors. But unlike the Deep Web, you need to use Tor to get into the Dark Web. Between Silk Road’s launch in 2011 and February, when an Australian man was arrested with cocaine and MDMA procured from the site, Tor provided an impenetrable armor. Dread Pirate Roberts gave “his first-ever extended public interview” to Forbes less than two months ago in a dual effort to publicize both his libertarian revolution and Silk Road, which had begun to earn some formidable black-market competition (like Atlantis, an employee of which called it the “Facebook to [Silk Road’s] Myspace”). Dread Pirate Roberts claimed to have inherited the site from its founder, perhaps in 2012, and messaged the Forbes reporter that “At some point you’re going to have to put Dread Pirate Roberts on that list you all keep over at Forbes. ;)”. Is there anything that stinks more of hubris than a winky-face? Nay. A winky-face is a neon sign that appears just before your empire crumbles, even while the entire federal government is taking its first nap in 18 years.

When news of Silk Road first became public in June 2011, it sounded like a scare-bait Dateline special. It was too crazy to be true, too scary and somehow futuristic. It was somehow inaccessible — who, besides the most dedicated cyberpunk, wants to commit to Tor and then entrust the Etsy merchants of black tar and fake passports with his or her safety? — and seemed doomed to a shorter lifespan than it ultimately enjoyed. Back when Gawker’s Adrian Chen exposed Silk Road, he ended his article with a question: “How long until a DEA agent sets up a fake Silk Road account and starts sending SWAT teams instead of LSD to the addresses she gets? As Silk Road inevitably spills out of the bitcoin bubble, its drug-swapping utopians will meet a harsh reality no anonymizing network can blur.” And indeed, bitcoin led the feds to Ulbricht: Agents claim to have completed more than 100 illegal transactions through the site since 2011. And though Ulbricht was desperate enough to conceal his identity, and that of his site’s users, that he allegedly paid $150,000 for a hit man to kill a Canadian user who threatened to publish the names of Silk Road’s buyers and sellers, he couldn’t quite resist the pull to inject himself — or at least his beliefs — into the narrative, like a wannabe Julian Assange.

Before yesterday, Silk Road was like Willy Wonka broke bad. Its screen grabs are captivating. But if you’re a bigger fan of economics than you are of candy and drugs, you might prefer to focus on its implications for having created an anonymous free market of illegal goods that financially prospered. Enthusiasts grappled with wanting to, as stated in this long and awesomely rabbit-holey post, “keep quiet about it like Fight Club” rather than publicly examining its merchandise and inner workings on the Clear Web for all to see. There were things that were just too interesting not to comment on — the books selection, which included “GET LAID guide” and “Arrest Proof Yourself” — and as a result of the Gawker article and the chatter that resonated in its aftermath, membership skyrocketed. The question is, what would have happened if Silk Road had stayed hidden from the Clear Web and its media, and just how deep is the Deep Web, anyway? Maybe there are depths we haven’t even heard of yet, whose proprietors are more concerned with stealth than growth. In The Princess Bride, Dread Pirate Roberts is a name passed to successors, a kind of costume that broadcasts murderousness. The DPR who keeps hinting that he’ll murder Westley was really named Ryan — but the false name is important, because nobody would surrender to the Dread Pirate Westley, or the Dread Pirate Ryan, or even the Dread Pirate Ross. Silk Road seemed to exist in both the future and the present: Just as we’re trying to tame the Wild West of YouTube comments and crack down on the dangers inherent in anonymity, we’re also still infatuated with the idea of lawless far-flung lands that exist just a hack, skip, and a jump away. The FBI won this duel, but there will be others; there will be more rogue pirates conquering new markets away from view, engulfed in blankets of fog. Be careful out there. People in masks cannot be trusted.