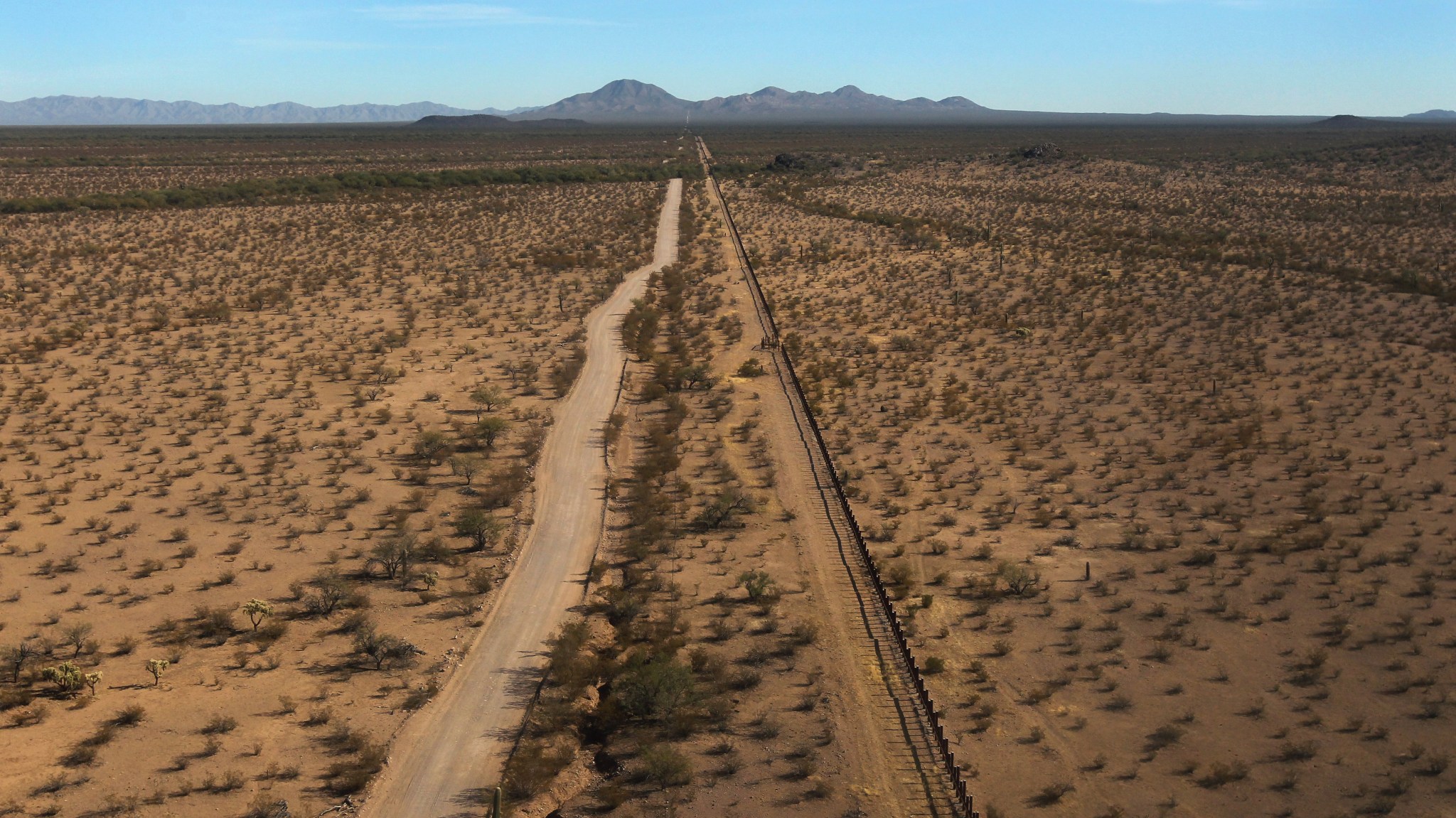 “Everyone is entitled to his own opinion,” Daniel Patrick Moynihan once said. “But not his own facts.” Yet it is Serial’s willingness to slip beneath the facts, to swim in the murky undertow of interpretation and perspective, that makes it so thrilling. Sarah Koenig’s real-life “characters” live in the imagination because Koenig refuses to privilege any of their vantage points; her work has the quality of multivocality that the Russian critic Mikhail Bakhtin identified in Dostoevsky’s novels. Adnan, Jay, that one kid’s mom, the phone booth — who could forget any of these indelible personas, which even the most cursory Google search will confirm are not the cast of a stoner comedy about two college friends driving a decommissioned ambulance through Arizona.

Ponder, if you will, the nature of American identity. What unites us? What separates us? Are we one people, or many? Can our need for community overcome the pluralism of our heritage? How do we discover the truth? Is our reality objective? Do our feelings reflect the world, or is the world we seem to inhabit merely a projection of our feelings?

From what I have seen on Facebook, these are questions that Serial, the vitally important podcast whose first season ended yesterday, grapples with every week.

It is no exaggeration to proclaim that, like Robert Johnson with the blues or F. Scott Fitzgerald with crying at parties, Sarah Koenig has elevated the podcast to the status of an essential American art form. “Koenig” — is that how you spell that?

Serial is, among other things, the story of overlapping Baltimore immigrant communities and their at times uneasy relationship with the classic signifiers of the American high school experience — football games and prom night, math homework and “going steady.” What are the implications for cultural identity when assimilation ceases to be either-or? Furthermore, if Serial were the story of two mismatched roommates piloting a dilapidated ambulance through the desert, it would probably feature a scene in which Danny McBride and Craig Robinson, seeking to recover a stolen bowling bag full of cannabis, chased after the protagonists in a vintage Firebird Trans Am. This would, perhaps, be hilarious. But at what cost to nuance?

To be sure, Serial is racist. Actually, it isn’t racist. Actually, you’re racist. Actually, the entire tradition of philosophical inquiry dating back to Aristotle is something you’ll want to warn your boyfriend about before you bring him home for Thanksgiving. It has a good heart, Western philosophy; sometimes it just doesn’t hear how its comments sound, especially after a few Maker’s Marks. We mostly just roll our eyes and laugh at this point. What else can you do?

The sad part is, if philosophy keeps drinking like this, it probably won’t be around much longer anyway.

Does Serial dehumanize its subjects by treating their real-life tragedy as a kind of entertainment? Perhaps. Perhaps not. Then again, perhaps. And yet, if I may, a brief reminiscence. I grew up before the so-called Golden Age of Television, at a time when standards of narrative excellence were not what they are now. We were lucky if our favorite programs had actors and a script. I recall entire episodes of Hey! That’s My Policeman in which the “action” was performed by giant beanbags moved around by stagehands. It was the 1970s, and no one noticed, including some of the stagehands. You took what you could get from the media in those days. How well I remember those long Tuesday evenings, the whole family gathered around the Zenith, laughing uproariously at Herr Picklemeister’s antics on The Many Trousers of Kevin Moon, dabbing tears from our cheeks at the latest Old West mishap to befall the McClanagan clan on McClanagan! Herr Picklemeister was portrayed by a pair of scissors on a string, and McClanagan! was filmed on a soundstage with no microphones, so that all the actors had to scream their lines at the top of their lungs, but we didn’t mind. When Little Gaby McClanagan turned to the camera and roared, “AND SO WE DRIFT, MURMUR HOLLOW, LIKE PETALS ON THE BREEZE,” we all found it one of the more affecting scenes ever shot at a funeral.

It was the same, of course, in the older age of radio, which is perhaps Serial’s most pertinent reference point. I picture households of the Depression era, big, pale-eyed broods, staring eagerly at the Wurlitzer cabinet through the 11 nightly hours of Dr. James Paul William’s Frequency Hum Theater, or on those treasured evenings when the Santa Fe Players would act out the adventures of Dick Rosebush, Railroad Investigator. No one in those days wondered whether Dick Rosebush offered a fair representation of the legitimate problems facing what was already a troubled moment for the railroad industry; they were all too busy enjoying his signature sound effect, the “firing the dastardly villain out of an enormous slingshot” cue created by nothing more than a harmonica and a comb.

My point here is that if I had listened to even one second of Serial, this would probably all contribute to some sort of argument.

Sorry, I meant America happened in that phone booth.

I’m really sorry about that. Obviously I meant America. I got distracted thinking about what I’d say if I were invited on TV to talk about Serial. Which I almost certainly will be, because after 12 weeks, countless articles, and literally thousands of tweets, I am confidently one of the top Serial experts in America.

Question: If you download a podcast onto your phone, how do you get it to play?

America happened in that phone booth, because America is always happening — on highways and in tree houses, in Dumpsters and second-floor bedrooms, at malls and electronics superstores. America is happening everywhere and at all times, on the docks where new iPhones are being delivered, in the factories where NPR tote-bag handles are being machine-stitched, in the coffee shops where premium-blend dark roast is being slid across a countertop toward the listeners of podcasts, and toward the authors of articles about podcasts, and toward the podcast hosts whose job it is to tell the story of America, again and again and again.

I’LL SEE YOU IN THE GREENROOM, WOLF BLITZER.

But seriously, is it like just in the Music app, or is there a special Podcasts interface somewhere? Does the next episode just download automatically or do you have to go to a website, or … ?

Now that the inaugural cycle of Serial has ended, it is at last possible to reflect upon some of the unresolved mysteries that have haunted me since the show began. To begin with, I do not believe the boys understood that the bowling bag was full of marijuana when they took it, nor do I believe that they intended to steal the ambulance. To my mind, the most plausible explanation has always been the one Jay himself yelled through the locked massage-parlor window when he was about to be bitten by the lynx — to wit, that they mistook the bowling bag for their own missing luggage, and that they had no choice but to drive off in the ambulance as Danny McBride was then menacing them with a Taser.

As for their route through the desert, I believe it was chosen at random, not due to some overarching master plan. We know, for instance, that their decision to head back into the Sonora after nearly reaching Tucson was dictated by the mirage-hallucination of the angel portrayed by Dame Julie Andrews, which they saw while nearly mad with thirst. As to whether the feather that the mirage-angel left behind in the ambulance was real, it would be unwise to speculate. We cannot know for certain, and it is always better to know what you’re talking about on the Internet.