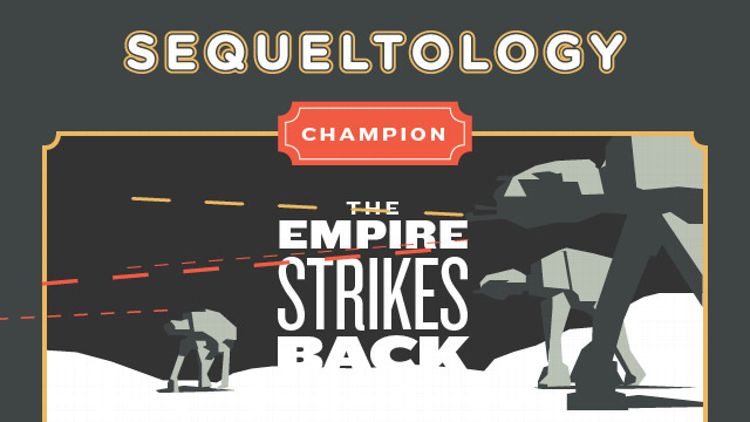 This just in from Cloud City: It was a blowout. The Empire Strikes Back thumped Godfather II in the finals of our Sequeltology bracket.

Yesterday, the Sports Guy laid out an impassioned case for Godfather II (which, if it were released today, would probably be titled “Sicily: There and Back Again”). But I knew The Godfather was in trouble when I saw this comment/Socratic dialogue from Brian Welle: “han solo? darth vader? luke skywalker? leia? obi-wan? chewbacca? not to mention the introduction of boba fett, lando calrissian, the emperor, and yoda?” Memo to ‘70s cineastes: The fanboy battle station is still fully operational.

I’d like to square the circle. I think Godfather vs. Empire was the perfect finale. Two moviemakers, Francis Ford Coppola and George Lucas, were fated to engage in a climactic battle. The backstory, familiar to all: Lucas was Coppola’s mentee. He made a documentary about Coppola. He grew a beard because of Coppola. They co-founded the Triple-A studio American Zoetrope. Coppola lent his name to THX 1138 and American Graffiti as a producer — a favor Lucas returned 15 years later with Tucker: The Man and His Dream. (Much to Coppola’s dismay, Lucas insisted it shouldn’t be a musical. True story.)

Their sequels were fated to follow similar paths. The Godfather and Star Wars had both been conceived as commercial movies. Neither man had a happy time on his set nor wanted to direct the follow-up. On a Blu-ray commentary, Coppola quotes Charles Bluhdorn, the chairman of Gulf+Western, as saying, “You’ve got the recipe of Coca-Cola and you don’t want to make any more bottles!” Lucas hired Irvin Kershner to do the heavy lifting; Coppola directed, though only after getting massive concessions from the studio. (One thing he insisted on: Calling it The Godfather Part II. The studio thought that II would confuse moviegoers, who might think it was the second half of the first movie. We have GII to thank for Police Academy 5: Assignment Miami Beach.)

The Godfather II, which came out in 1974, turned out to be more sinister than the original. (See: Fredo’s death, the abortion.) That made a mark in Hollywood. “The Godfathers got darker,” Willard Huyck, who co-wrote American Graffiti, told me recently. “I think it was kind of in the air.” That air was also in Marin County, where Lucas (with an assist from Leigh Brackett and Larry Kasdan) was scratching out his sequel.

What’s interesting is that, after the sequels — which made Coppola and Lucas very rich — they became fully differentiated artists. Pick your hero. Coppola: massive in every sense, loose with money, always following his muse, even when it led to a Las Vegas musical filmed on soundstages. Lucas: monastic, printing money, forever cagey about his next directorial effort, which wouldn’t come until 22 years after Star Wars. Lucas called his career a “reaction” against Coppola’s.

They sometimes fought. Check out Dale Pollock’s book Skywalking and The People Vs. George Lucas for the interesting parts. But lately there has been a thaw, and the two men have begun — as Vader might say — to join together and fulfill their destiny. Coppola’s recent movies (Tetro, Twixt) are very strange and very personal. Lucas, talking about it for years, finally seems ready to make the same kind of stuff.

Let’s pull the camera out for the wide shot. Coppola and Lucas pulled off a fucking miracle. Both men made a movie that everyone loved and that made a fortune. Then they did it again — using the same characters and the same paintbrush, but never ripping themselves off. This is what Sequeltology, in its own, imperfect way, was trying to honor.

I haven’t revealed my vote. Why? Because I’ve got Blu-rays of both Godfather II and Empire in my home office, and the alternative is watching the sequel to the Republican Convention. See you in six hours. Thanks for your votes. And may the Force be with you, Godfather, always. 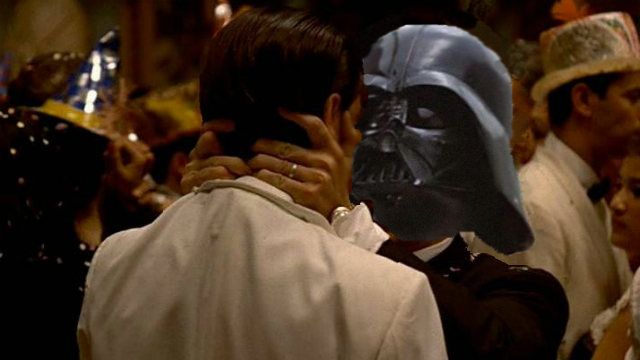 Jay-Z's Made in America: The Hova With the Mostest