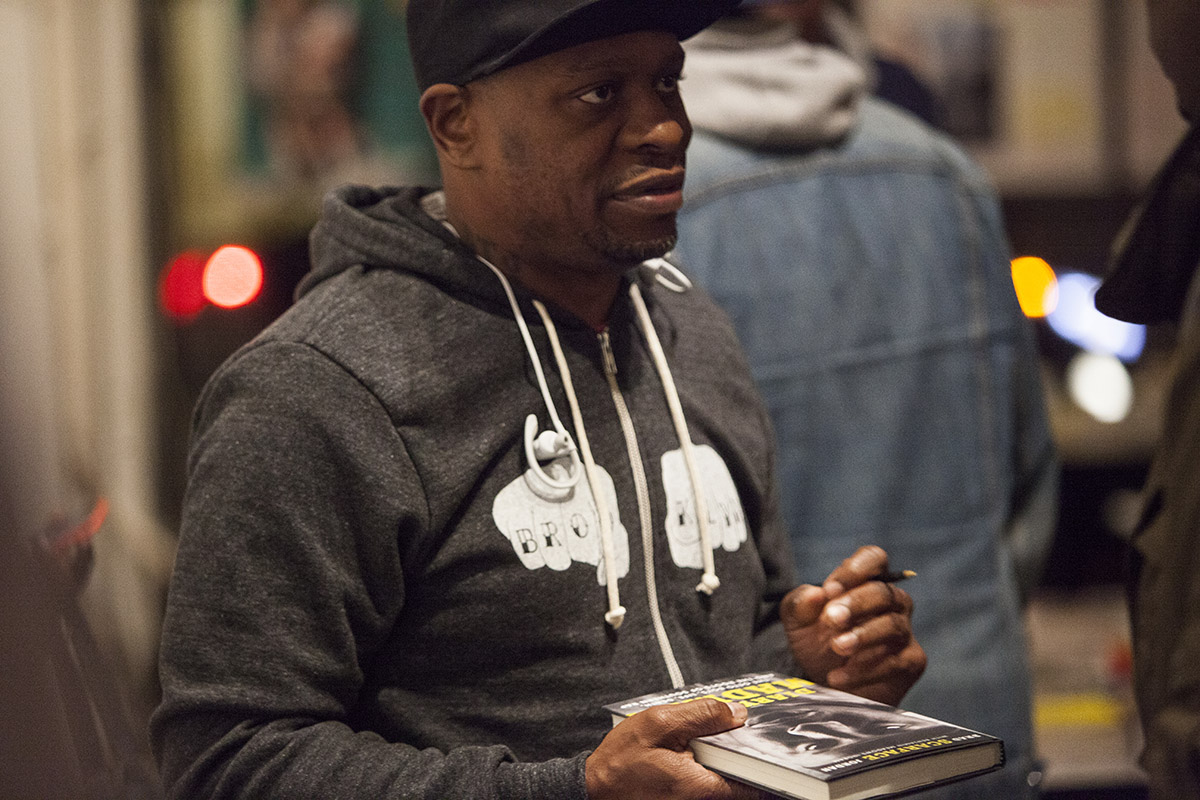 That’s Scarface. He’s talking about Bushwick Bill, his compatriot in the legendary rap group Geto Boys. There is a third member — a human hurricane named Willie D — but most conversation about the group is about either Scarface or Bill. Born Richard Shaw, Bill is famous because he is a good rapper, but also because he has said some crazy things and done some even crazier things.

Done: There are many things to list here, but only one that really matters. In 1991, Bushwick Bill, very drunk and very sad about things, went to his girlfriend’s house and demanded she shoot him in the face. When she said no, he threw a vacuum cleaner at her and threatened to toss her baby out a window.1 There was a tussle. The girlfriend grabbed the gun Bill was trying to give to her, and when it finally looked like she was going to use it, Bushwick grabbed it and put it up against his eyeball. She shot him, exploding his right eye but somehow not killing him. (A  photo of the post-shooting hospital visit was used on the cover of their album We Can’t Be Stopped, which was released later that year.) 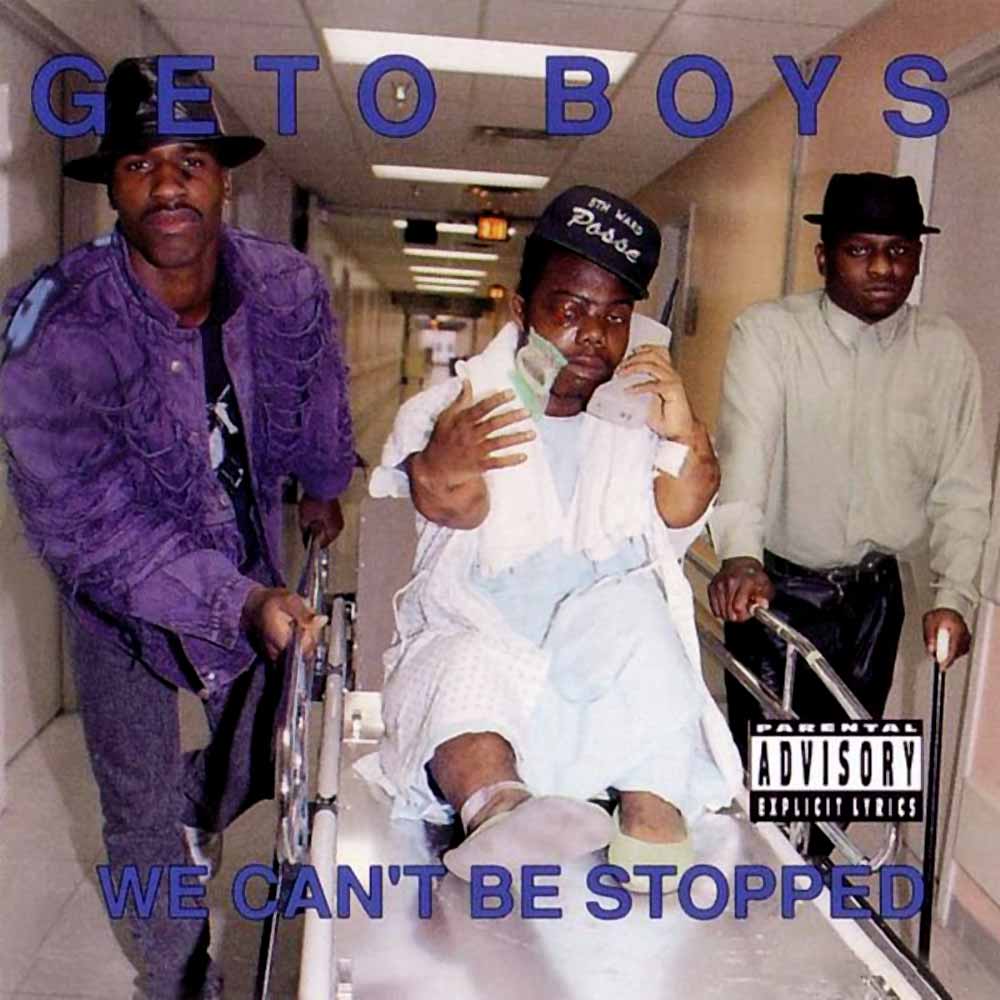 So Bushwick Bill is and always has been compelling, which is why people always ask Scarface about him.

Scarface, 44, is standing on a smallish stage at a store called Cactus Music in Houston. He’s here to promote his new book, Diary of a Madman, an autobiography cowritten with Benjamin Meadows-Ingram,2 though mostly it feels like he’s just come to hang out. He rarely mentions the book specifically. He just sort of stands up there, alternating between playing rock covers on a guitar and talking about his life (and occasionally both at the same time, if he’s feeling especially contemplative). At this moment, he’s asking the crowd if anyone has any questions, and someone near the front shouts something close to, “Tell us a story about Bill.” Scarface smiles.

He laughs and the crowd laughs.

He tells a story about finding Bill on the back of their tour bus one night after they’d all gathered there to collect royalty checks.3 He was crying. Scarface asked him what was wrong.

Scarface is not a great guitar player — he opened by knuckling his way through the first few seconds of Led Zeppelin’s “Stairway to Heaven,” only to stop after a minute and proclaim that it’s an especially tricky thing to play — but he is an exceptional storyteller. He has a distinct gravity. When he walked into the store, the room felt like it leaned in his direction. When he talks, his voice isn’t quite the baritone sledgehammer he raps in, but it’s close enough to often feel intimidating and always feel important. So by the time he gets to the part about asking Bushwick why he was crying, the entire room silently waits for the answer.

Scarface, whose real name is Brad Jordan, stoops his shoulders down a bit, curves his back inward to make himself seem smaller and insecure, and in a near-perfect Bushwick Bill voice, he responds, “Nobody loves me.” When he says it, people laugh, though I figure it’s mostly because no one was expecting him to do a Bushwick Bill impression.

That’s it. That’s the end of the story. Scarface doesn’t explain anything else about the situation, only to say that he never fully bought into Bill’s psychosis.

Later, someone asks Scarface to tell a story about his friendship with Tupac. “Pac never had a license. He would mysteriously pop up with all these cars like, ‘Get in. We’re goin’ to jail!’ I ain’t going nowhere with you.”

Someone else asks about his creative process, so he talks about how he didn’t learn to write songs until he joined the Geto Boys and that he has recorded up to 30 different versions of songs trying to get them absolutely perfect. One guy asks what he thinks his most influential, most important album is, and he says The Diary (the best possible answer). Another asks him why he’s never been seen wearing a baseball hat of any of Houston’s professional sports teams, which at first feels like a strange question but is actually an astute observation. Scarface talks at length about the way the teams have been mismanaged, and then that somehow turns into a conversation about how the only grocery store he shops at is H-E-B. There’s a question about why he hasn’t released any new material, and he talks about how he has plenty of stuff that he could release but he doesn’t want to because “it’s like growing a tree or raising a child. Once you let it go out into the real world, then the world has it and it’s less personal.” There’s more guitar playing — the Eagles, the Rolling Stones, Fleetwood Mac — and more talking. He never raps once.

Nobody asks him anything directly about the book, even though most everyone seems to be holding a copy. I suppose that makes sense, though. If anyone had any questions about stories that didn’t make it into the book, one would assume those would touch on topics that Scarface wouldn’t want to talk about. First and foremost among those would likely be his dealings with Rap-A-Lot Records, the label that launched the Geto Boys and Scarface (and many others, including, obliquely, Drake) and has forever operated in the shadows with a certain air of unapproachable mystery.

Near show’s end, Scarface plays “Wish You Were Here” by Pink Floyd. He sings, “So, so you think you can tell … ” and then he starts to laugh, before beginning again: “… heaven from hell.”