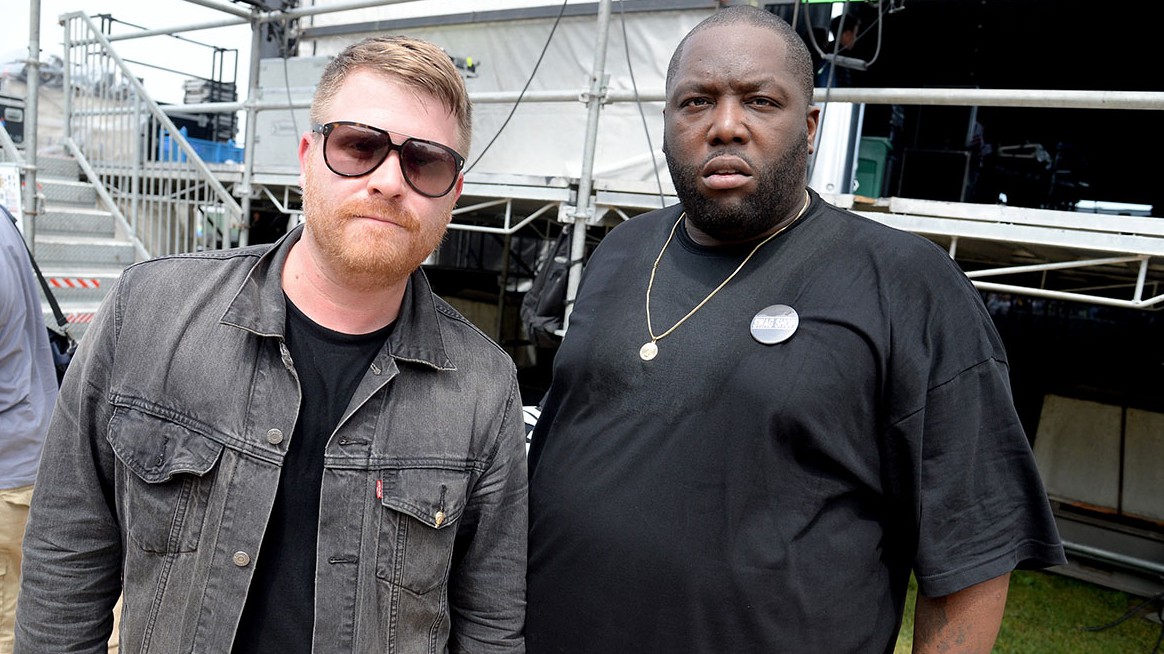 Last night, Killer Mike and El-P broke into the Internet and slipped in Run the Jewels 2. You should download it immediately. The weekend’s almost here, so shoot crank, melt an army of Nazis, put pistols in faces at random places, run naked backward through a field of dicks, whatever you feel like.

Some background for the uninitiated: Run the Jewels 2 is the sequel to the rappers’ much-loved 2013 collaboration in aggravated assault. The first Run the Jewels LP came out of Brooklyn MC-producer El-P overseeing Killer Mike’s 2012 album, R.A.P. Music. With El-P also riding high with his brilliant 2012 record Cancer for Cure, the two friends were poised to multiply their respective strengths in Run the Jewels, paring back the experimentation and pointed political commentary of their solo careers in favor of a two-fisted, criminally minded, aggressively Spartan sensibility built on shuddering 808s and slasher-movie synths.

At the time, Run the Jewels was positioned by some as a gritty counterpoint to Kanye West and Jay Z’s Watch the Throne, “the definitive black stadium album,” as postulated by Questlove, which I suppose makes Run the Jewels the grimy sewer running beneath that stadium. The original Run the Jewels is straight-up berserker music, a 32-minute rant as swift and purposeful as a punch to the throat.

In accordance with sequel law, Run the Jewels 2 is more expansive (at 39 minutes, it’s about 25 percent longer than Run the Jewels, which makes it relatively epic) and aims to go deeper into the characters. It has also been expertly marketed — the supposedly impulsive decision to “leak” the record as a free download was quickly accompanied by an in-depth Stereogum feature.

“I mean, these are strange times, right?” El-P tells writer Chris DeVille. “For the most part, what’s on our mind [in Run the Jewels] is coming up with the funniest way to say, ’Fuck you.’ But in our solo work we go a little bit further than that, and I think that when we realized that we were doing another record, it was like, ’Alright, well I better get what I need out of that. I better get that too from this record.’ So we flexed those muscles. And that’s a big part of what we each always do on our records is just sort of explore a lot of different shit that is real to us.”

The first four songs are pure adrenalized surrealism. “I’m gonna bang this bitch the fuck out!” Mike says at the start of “Jeopardy,” a song in which he claims to be carrying a gun, a knife, and a pipe simultaneously. I don’t say “claim” to question Mike’s tough-guy cred; he comes by this twerked-out overkill honestly. The maxed-out machismo reaches an early climax in “Oh My Darling Don’t Cry,” where Mike stands in the middle of a prison riot and soaks up the sweet smell of sulfur, an insane moment of Apocalypse Now proportions. Even El-P keeps his distance, because Jaime don’t surf.

The second half of Run the Jewels 2 is weirder, woozier, and sadder. The shamelessly filthy sex song “Love Again” is highlighted by the following couplet: “Ate on lamb venison / face-fucked you in your kitchenette.” (Sadly, there’s no Prince Paul/Chest Rockwell cameo.) Then there’s “Early,” the album’s most bracing gut-punch, in which Mike describes a nightmare police brutality scenario that echoes Ferguson (though apparently it was recorded before Michael Brown’s murder). Mike is pulled over, frisked without cause, forced to lie face-down, and then it gets really terrifying:

I could see my other kinfolk and see my little boy as he screamed
As he ran toward the copper, begged him not to hurt his momma
Cause he had her face down on the ground
And I’d be much too weak to ever speak what I seen
But my life changed with that sound

On the first Run the Jewels record, Killer Mike and El-P remade themselves into hip-hop’s bulletproof superheroes. On Run the Jewels 2, they’re still larger than life, but now they bleed.