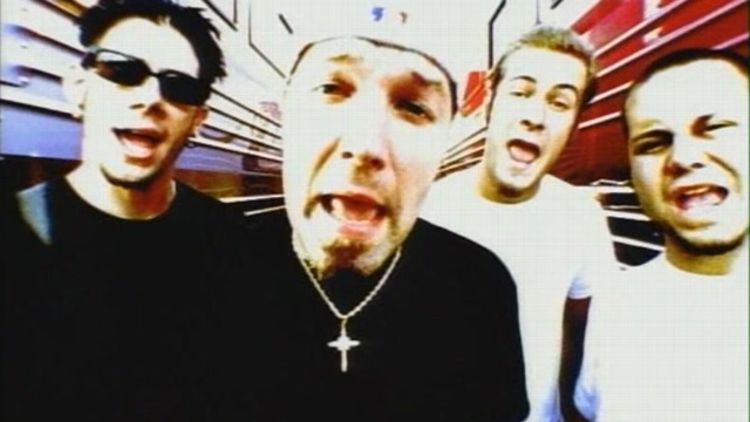 Welcome to our new series, Rembert Explains the ’90s. Unlike the source material for our previous, ’80s-themed series, these videos have been seen countless times, with the result being an unparalleled, almost embarrassing level of expertise. Rembert will write down his thoughts as he’s watching the video, then we’ll post those thoughts here. This week’s installment was selected by fifth-grade Rembert: “Faith” by Limp Bizkit (1998). If you have an idea for a future episode of Rembert Explains the ’90s, e-mail us at hollywood@grantland.com.

0:02 Two seconds in, and this is already overwhelming:

0:08 We’re only eight seconds in, and I can already feel this video tapping into a repressed part of my nostalgia cortex.

0:19 It’s obnoxious, but you have to love Durst switching the lyrics from “body like you” to “body like me,” especially since George is the one with the enviable body.

0:28 Davis just gave Durst a kiss on the cheek.

0:29 This is probably a great time to bring up George Michael’s feelings on the Limp Bizkit “Faith” cover. According to guitarist Wes Borland, he “hates us for doing it.”

I genuinely don’t understand why. This version is angst in all its glory.

0:30 It’s amazing how angelically but horrible whiny Fred’s voice is.

0:32 Wondering what the famously face-painted and costumed guitarist Wes Borland has been up to lately? Oh, nothing major, just scoring 11-minute short films about Chris Bosh.

The world is a wild place.

I can’t believe I remember these guys’ names. I blame every piss-poor test score I’ve received on not being able to clear brain space taken up by members of NU METAL bands.

0:58 Don’t, for a second, ignore the spaceship at the back of the stage.

0:59 As time has progressed, Limp Bizkit, like the similarly late-’90s/early-’00s Ja Rule, has become increasingly less iconic and more punchline-worthy. And I don’t think that’s fair. Just look at this crowd.

1:36 The Fred Durst voice crack (#durstcrack) on the “de” of “devotion” is the best part of this glorious song. This isn’t a point of discussion. Just a fact.

1:38 Twice in my life I’ve seen someone attempt to spin a record with a full beer can, à la DJ Lethal.

Each time, it’s been a sad sight to watch Michelob Ultra ruin a young man’s musical hopes and dreams.

2:02 There is break-dancing and backflipping and moshing and Durst leg dancing everywhere right now.

2:16 There’s just a lot of noise now — heavy NU METAL noise — which is usually the time I turn it off and throw on George Michael.

I’m not proud of this. I’m just soft. Pretty much the opposite of NU METAL.

Afternoon Links: The Amazing Arrested Development Sneak Peek Is Finally on the Internet