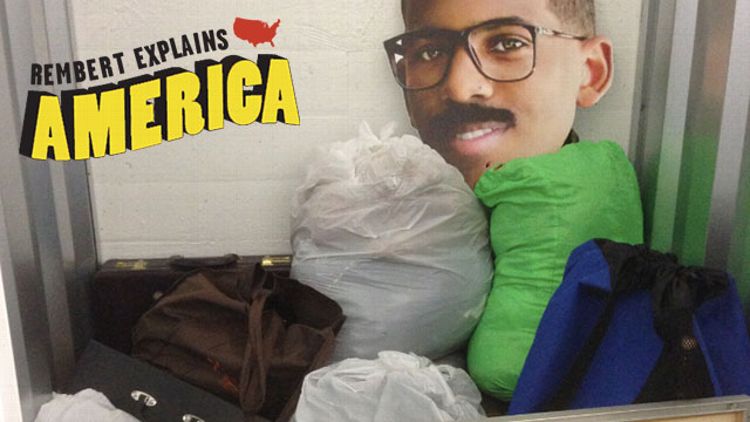 “So what should I do?” my friend asked over the phone.

I paused because I was officially overwhelmed with adulthood stimuli. Just minutes before he called, I was searching “How to get a P.O. box” on my phone. My friend’s question was regarding his upcoming engagement proposal, and the dilemma at hand was that we both needed to get home for our good friend’s father’s funeral.

I offered some pros and cons on the timing of the proposal with regard to the funeral, but I didn’t know what I was talking about. We were nothing but two 26-year-olds, bound together through more than 15 years of friendship, winging life, talking as if we were adults, and hoping for the best.

And somehow, it all happened in two years.

Moving into an apartment on 57th Street and 10th Avenue in Manhattan on August 1, 2011, was a compromise between two best friends. My roommate Ben was returning to New York after a year in California, to attend Columbia University. He didn’t want to live uptown near the school, but wanted to be conveniently positioned via subway. I was already at Columbia, previously living in Harlem only 12 blocks away from the school, desperately wanting to return downtown, closer to where we lived when we foolishly moved to New York together without jobs at the height of a recession in 2009.

We settled on Hell’s Kitchen, a neighborhood a little too far from school for Ben and a little too uptown to be considered downtown for me. It was advertised as a three-bedroom, but each room was significantly smaller than the other, with the third “bedroom” completely incapable of fitting a “bed” inside its advertised “room.” And the apartment was on the top floor, which meant a treacherous five-floor walk-up.

We were ecstatic. It was as if we’d graduated.

Two years prior, when I was 22 and he was 23, the rooms we lived in were half as big. For the same price. And the walk-up? A staggering seven flights of stairs.

So moving into this new place, we felt as if we’d made it.

It was all relative, though.

I didn’t have a bed for the first few months. Simply couldn’t afford it. I knew, eventually, I would get one, but I just didn’t know when. While Ben moved into his room and had some order to his life, my bedroom became a storage unit. No desk, no drawers, no shelves, no bed — nothing but stuff on the floor.

I was in his room because my light had gone out. And then we replaced the bulb. And then it still didn’t work. So we gave up.

This type of prideful squalor continued for a while, but as the months progressed, and 2011 raced toward 2012, everything in my life and, thus, the apartment changed.

I dropped out of graduate school, began working for this website, and then got a bed.

The process started with my life affecting the apartment. What followed, however, was the apartment — the first place I could consider a home in my three years in New York City — affecting my life.

Finally, after years of treating my living space simply as a place to nap for a few hours, I began to move in. And decorate. And relax. And think. And enjoy myself.

Even though my room, and our apartment in general, never really became a conventional living space, it was perfect for two people who started off together as little boys, grew to big boys, and were attempting to leave as men.

The “leaving as men” process began when Ben alerted me, early in 2013, that he was moving to Washington, D.C.

I knew, without hesitation, that it was officially the beginning of the end of this apartment, of living with Ben, and, quite frankly, of having a roommate in New York.

The end of an era. Many eras.

“I wish we could just burn this stuff,” Ben said to me the morning of July 29. We’d both vacated the apartment for the summer, me to drive around America and he to travel to Europe. It was the first time we were in our apartment together in months, and it was also the last 24 hours we would spend in our final home together.

We weren’t living together again. We both knew that. We didn’t say it, but we knew it. This was it.

“Can we?” I yelled back about the proposed arson.

Looking at my room, sitting exactly as I’d left it two months prior, I couldn’t help but smile.

My room was me. Nothing shed light on my persona like my room. From the stacks of books organized by size, to the large sheets of paper on the wall used to organize my thoughts, to the pile of electronics that sat alongside my bed at all times, begging to start an electrical fire, to the fact that I still hadn’t acquired any drawers, it was all here. The flaring OCD, the passion for white walls, the refusal to buy blinds. This was my rawest self. My entire personality, constructive and destructive, was brashly on display in my room. And I was sad to see it go.

But it was 11 a.m. and I needed to start packing. I had a flight the next day, a storage unit that I had yet to reserve, and a P.O. box I hadn’t the first clue how to acquire.

But I wasn’t ready to start breaking it down. Not yet. So I didn’t.

Beyond ordering Subway and taking a nap next to Gordon Shumway, nothing had changed. I knew once I started packing, it was all downhill from there. The road to not having a home until October.

Eventually, however, I caved in and began.

While depressing, there is a peaceful closure to taking an apartment back to its primitive state. And, with that, in also taking pride in the beauty marks that developed during your tenure. Like the time the flash flood leaked into your room and left seven doodoo-esque streaks. Or the time the wall got kicked in.

After taking a packing break to run some errands, I returned to the apartment for more packing around 10:30 p.m. I walked into my dark room and flipped the light on.

Since I’d been gone for months, I’d forgotten perhaps the single most telling aspect of my apartment, and, perhaps, me.

I never got the light fixed. From October 2011.

It was a wiring issue, and all I had to do was call the building super. But I never did. Because I had a lamp and candles.

I packed the lamp and threw away the candles. And just like that, my room was Wimbledon at dusk. Packing was halted until the morning on account of darkness.

Packing, that is. Not moving. Moving continued through the early morning hours.

By 1 a.m., all of the furniture in our apartment lived on the sidewalk of 57th Street. As I walked back inside after moving the final mattress out, one of my neighbors stopped me in the lobby.

“All the stuff you’re moving out, is it cool?”

Even in all his vague, narc-dad-at-a-frat-party-like tone, I knew exactly what my neighbor meant. He wanted some of our stuff. The stuff that was sitting on the disgusting New York City street.

New York is amazing in that way. Sure, throwing stuff off the roof is rudely outlawed, but that one can leave anything on the street and it magically disappears, be it through the garbage trucks, passersby, or neighbors, is phenomenal.

With nothing but some trash and my storage unit–bound contents remaining, and just a few hours until Ben and I needed to leave New York, we made the final push.

“You taking Cliff Paul with you?” Ben yelled from the kitchen.

I didn’t really know what to say. I wanted to. But until that point, I’d done an exemplary job of parting with everything that wasn’t absolutely essential to my livelihood.

AHHHHHHH, I CAN’T QUIT YOU, CLIFF, WATCH MY STUFF WHILE I’M GONE, SON.

Have fun in your storage unit. I’ll be back in October. I promise.

Finally, after my stuff was locked away in the mausoleum that is a New York City storage facility, it was time for the final trip home.

Sweeping the last remnants of dust out of the apartment, just to buy a little more time, we two veterans of violating each other’s personal bubble since we were 10 years old were finally ready to move out.

It seemed fitting that he was headed to a new apartment in D.C. and I was en route to live out of a car for two months. Though apart, our narratives were continuing strong.

Looking out onto the empty room, we just kept saying “We did it.” It was unclear what “it” was, but the “we” was as certain as ever.

And, just like that, it was time to hit the road again.