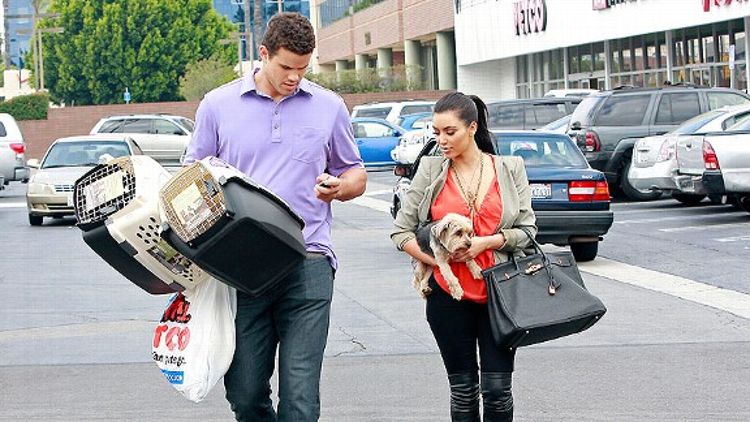 There are few things in this world that truly bore the shit out of me. Children’s sporting events, dance recitals, conferences, being delayed at the airport, mandatory workshops, etc. But nothing bores me more than seeing two slightly famous people — one a reality TV idiot, the other a somewhat well-known athlete — announce to the tabloid world that they are dating. And usually dating strictly for the purpose of becoming more famous. Now keep in mind there are exceptions to every rule, and in this case there are exceptions, mainly because I’m pulling all of this information out of my ass, so I can write whatever I want and there’s nothing you can do about it. I have no problem with celebrities or celebrity couples, and can somewhat see why there is a tabloid interest. But I’m not talking about Will and Jada or Brad and Angelina. I’m talking about Paris Hilton at Soldier Field wearing a Brian Urlacher jersey because she banged him for a couple of weeks, or Matt Leinart doing the walk of shame out of her house following an evening that I can only imagine was filled with night-vision intercourse.

I question why any athlete would want to put their penis in the same place Ray J.’s penis was. Reality stars (I use the term “star” loosely) have succumbed to the excitement of banging dudes who wear numbers on their shirts for work. Jay Cutler, Reggie Bush, Tony Romo, Lamar Odom, Eric Johnson, Kris Humphries, Brian Urlacher, and Matt Leinert all fall into this particular category. I’m sure the idea of being famous is as addictive to many people as coffee and cigarettes, but what is the appeal, really? For the athlete, is it the idea of bragging to your buddies that you put your penis in the chick who didn’t know if Chicken Of The Sea tuna was chicken or tuna? Or is it being able to say you put your P in the V of the chick who coined the phrase “that’s hot”? I don’t get it.

I always enjoy these couples’ own boredom. The dead eyes on the reality star as she sits in a luxury box pretending to follow a sport she knows nothing about. Or, even better, the athlete in his street clothes, looking abnormally huge off the court or field, walking down Rodeo Drive pretending to enjoy a day of shopping with the girl from Laguna Beach. I assume when they go home to bone at the end of the day, the sex is dull and off. There is no way these people can have a real connection when all they want from each another is fame. I watched Paris Hilton’s and Kim Kardashian’s sex tapes and they looked liked the most boring lays in the world. I can only assume the appeal for these weirdos is the celebrity status. I imagine the chicks sitting at home praying they’ll be on the cover of US Weekly with their names in hybrid form. “Khlamar”, “Bush and Tush”, “Matt Leinert and the Hotel Skank” — the list goes on. I feel like this is a trend that won’t go away anytime soon and it is our duty as members of society (who are not completely divorced from reality) to mock them accordingly. Thank you for your cooperation.

Trailers of the Week: Chronicle, Flowers of War, and The Descendants