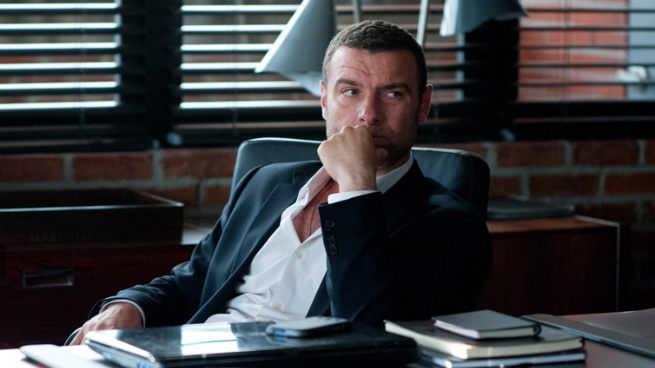 It’s usually pretty pleasant to exist in a web-assisted mind-meld state. Sharing the same awareness with your fellow humans, generating and disseminating ideas that are of common interest because we’re all united by the noosphere. But there are times when organic, spontaneous idea-sharing is not so pleasant (like when it resembles something more like inorganic idea-stealing), and one of those times is when you see your screenplay concept brought to life by someone else and an #IAMSORRY won’t suffice.

The most recent script-stealing allegation is a lawsuit from writer Brian Larsen, who has claimed that the central concept of his project The Swissman was illegally lifted and applied to what would become Ray Donovan. Larsen reportedly developed his idea, which follows a professional “fixer” and his moral conundrum (“whether a fixer has a moral obligation to do the right thing or if he is simply supposed to ‘do his job'”) in 2005, then worked on the script from 2006 to 2009. Pitches were made and meetings booked with Showtime (the home of Ray Donovan) in 2010, but the project stalled, and now Larsen is seeking more than $25,000 in damages and a production halt for Ray Donovan, which was renewed for a second season in July.

Idea theft, and specifically script theft, are nothing new, though it’s certainly been a hotter-than-usual topic recently. Earlier this month, James Cameron won a lawsuit against Gerald Morawski, one of several individuals who felt brain-robbed by the Avatar franchise. Morawski met with Cameron in 1991, during which time he shared “a film project entitled Guardians of Eden, about an epic struggle taking place between evil mining interests that would destroy the planet to satisfy their greed and an indigenous tribe that lives at one with its rainforest environment.” Cameron responded with an epic account of the personal origin of Avatar’s story: daydreaming of becoming a scientist as a child, creating drawings of alien landscapes in high school that would inspire the environment of Avatar’s Pandora, and employing similar themes in his own earlier work (like Xenogenesis). These legal battles are difficult to win, especially when the defendant is prepared to back up his or her idea with decades of evidence. The case of Sophia Stewart vs. the Wachowskis, perhaps the most famous modern copyright victory (which also included Cameron, apparently a popular target), turned out to be a hoax. A particularly ambitious party sued Tom Cruise for $1 billion — a perfectly reasonable amount, of course — in December, complaining that Cruise (along with Paramount) had illegally adapted a 1998 script titled Head On into the fourth film in the Mission Impossible series.

But perhaps the most interesting lawsuit in this crowded party was the one filed by writing partners Shari Gold and Stephanie Counts, who backed up their assertion that New Girl was based on their pilot script for Square One with a disconcertingly long list of similar plot elements and details, including nearly identical character descriptions and dynamics (a friend named CeCe/C.C.; a two-timing ex named Spencer; three male roommates, including one who is a “cynical” bartender; the quirky heroine’s post-betrayal striptease). According to the lawsuit, Square One circulated through the William Morris Endeavor offices before landing in the hands of New Girl’s creator Elizabeth Meriwether, who allegedly rewrote it into the adorkable gem it is today; Counts and Gold say they were offered $10,000 in early 2012 to deter them from pursuing legal action, but they declined.

You can’t copyright an idea, only the expression and execution of it, so the onus falls on the prosecuting party to demonstrate that the script was actually read and considered by the defendants as well as proving that the lifted material runs deeper than what can be explained in a brief pitch. That’s a steep battle, and more often than not it favors the defendant — even when the case is pleaded by an impassioned soul bearing evidence, as with writer Reed Martin’s case against the entities responsible for Broken Flowers in 2006 (Martin said of Jim Jarmusch, “This was my life he was stealing, not just my screenplay”), which was decided in favor of Jarmusch the following year.

The only answer is to do away with the legal system entirely in these matters. We can replace them with art galleries, paper bags and “implements.” Everyone cries. We’re all #SORRY, we all throw pink ukuleles at each other and the ideas hanging in the air between us, up for grabs. Problem solved.

UPDATE: Add another suit to the list; Spike Jonze is now being sued for the script for Her.

Carcosa or Bust: The Satisfyingly Weird Mysteries of ‘True Detective’