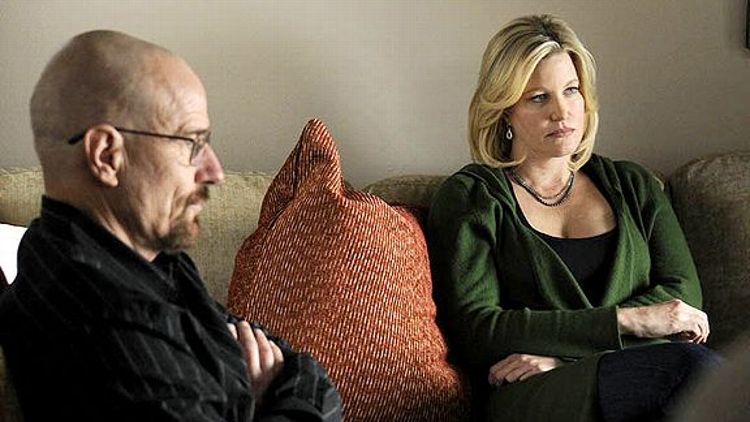 Predicament: Following a bravura, wordless, six-minute intro, in which Louie walks out of the Comedy Cellar after his set amid applause, and into the subway where a tuxedo-clad violinist is juxtaposed with a vagrant bathing himself, Louie’s conflict this week is a relatively sweet and simple one. He’s madly in love with Pamela, who can’t bring herself to feel the same. He is able to make her laugh, twice, which is apparently no small feat, and he finally lets it all hang out during a stroll through the Chelsea flea market. Pamela may be less surprised by this confessional outburst than the audience; while it’s been clear that the two have chemistry, the extent to which Louie’s got it in for her hasn’t really been hinted at previously. And when she turns him down, his perpetual hangdog expression feels fully earned.

In fact, he’s so heavily in mope-mode that Pamela’s offer to take a bath together blows right past him, and he doesn’t realize the mistake he’s just made until he’s already trudged out of her apartment.

Henpecking: It becomes clear that there’s nothing Louie would want more than to be pestered about daily minutiae by Pamela, and in this case; this is a fate worse than henpecking.

Insecurities about appearance, health: Louie’s expression when Pamela turns him down is what it looks like when a man is trying to lose 25 pounds and grow hair mid-sentence.

Career frustrations: The mundane loneliness of exiting a room full of people applauding you into the anonymity of a Manhattan sidewalk says more about the life of a stand-up comedian than any feature-length documentary ever could.

Proclivities towards violence: Nothing onscreen, but the primal-scream howl on the street after Louie realizes the bath oversight gives the sense that there’s a garbage can somewhere that’s about to be overturned.

Xenophobia/racism: None. Louie’s fantasy subway-seat sewage-puddle covering makes him a hero to people of all races, creed, and color.

Predicament: There are few tasks more fruitless than briefly and coherently synopsizing the interweaving plot threads of a Curb Your Enthusiasm episode. But Larry’s main concern is becoming the Edmund Hilary of shitting where he eats by dating Heidi, the hostess at his favorite restaurant, Fraiche, while avoiding dinner with a hug-happy Stu and getting his kitchen cabinet back from a documentary producer/officemate named Big Dog. None of these things go well.

Henpecking: By and large, Larry David cannot be henpecked, as that would require caring what a loved one thinks. The closest he comes this week is Heidi’s insistence that Larry still say he’s sorry about her father’s death even though it was two years ago, outside the sorry window. This ends the relationship, but not before she administers a smiley-face emoticon in 100-SPF sunblock.

Insecurities about appearance, health: He’s worried enough about a blemish on his head to seek out dermatologist Dr. Steven Keaton, but won’t subject himself to the humiliating full-body exam he’s due to have.

Career frustrations: As ever, it’s hard to tell what Larry’s actually working on, but certainly the lack of an assistant and the arrival of a cabinet-stealing shark-doc producer is causing palpable stress.

Proclivities towards violence: It’s at least hinted that Larry would gladly kill Antoinette’s father to get her back in the office. And it’s a small miracle that Big Dog wasn’t choked to death with a five-pound loaf of bread.

Xenophobia/racism: None. Although Harry Hamlin’s intense swarthiness suggests an underlying current to the intraoffice tensions.

Predicament: The primary focus of the season’s third episode, perhaps mercifully, is on Marie’s return to kleptomania and compulsive lying as an escape from the grim realities of her current life, and, ultimately, Hank’s return to Heisenberg’s trail. Walt’s got a nice shiner thanks to Mike, and he’s none too pleased by the installation of a security camera in the superlab, but he’s still oblivious enough to miss the urgency of Jesse’s invitation to the go-kart track and the cleverness of Skyler’s plan to dupe Bogdan into selling the car wash, Roxanne-style. (It’s a good thing Jesse owns that house outright, since the security deposit would be a real problem.)

Skyler’s concern over Walt’s eye and the violence in this world in general is amazingly naïve, even as she shows herself to be a formidable asset to the organization by rigging an EPA violation to drive Bogdan’s price down. (And, presumably, a formidable adversary once the show gets inevitably more despondent, as it is its wont.) Fancy, perhaps unwisely purchased bottle of celebratory champagne aside, Walt’s ambivalence over being reunited with Skyler, if only professionally, is as clear as the light bulb over Hank’s head when he starts reading Gale’s lab notes.

Henpecking: The double whammy of realizing that Skyler’s approach to getting the car wash actually worked brilliantly and being chided for buying a $340 bottle of champagne to celebrate leaves Walt with a sinking feeling: He’s not even the best meth kingpin in his own household. And she already knows it.

Insecurities about appearance, health: Walt wears his shiner, if not quite with pride, then with a definitely lack of concern.

Proclivities towards violence: Had it not been for Skyler’s insistence, there could easily be a barrel full of Bogdan consommé on the back of a hazardous materials truck somewhere.

This Week’s Most Powerless

Once again, the ticking time bomb that is Walter White. But with an honorable mention to a heartsick stand-up comic.