Oscars Move Toward Online Voting, and We Predict Next Year’s Winners 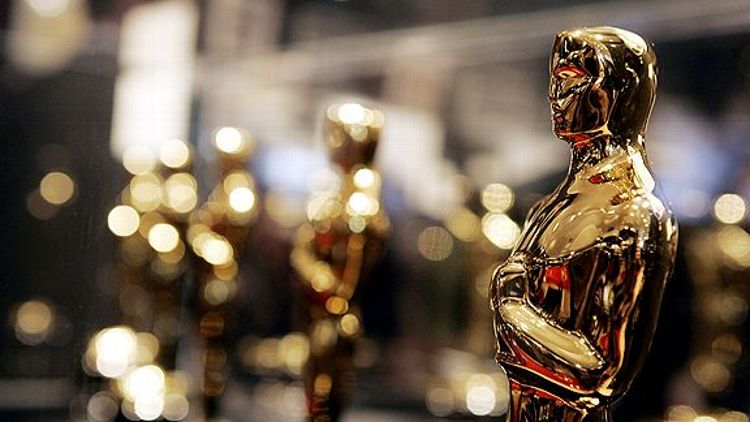 Today it was revealed that the usually staid Academy of Motion Picture Arts and Sciences is moving ever closer to allowing its members to vote for the Oscars online. Judging by past award shows that have allowed electronic voting, we’re sure this is going to work out just fine! In fact, we’d wager to say that the integrity of the Academy’s voting process will be as secure as the voicemails of British celebrities or the Xbox Live network.

Which is to say: It won’t be. In fact, so certain are we that any online Oscar voting will be hacked harder than a pine tree during Christmas season, we here at Grantland are proud to present the predicted winners of the 2011 Academy Awards today!

Best Supporting Actress: Eliza Dushku
Sure, the star of TV’s little-watched Dollhouse isn’t having the most electric year, career-wise. (Her lone big-screen credit for 2011 is the voice of “Zalbeth” in the animated film Noah’s Ark: A New Beginning.) But a little thing like “reality” won’t stop the hordes of loyal Joss Whedon junkies from voting their favorite former troubled Vampire Slayer to Oscar glory!

Best Adapted Screenplay: Gary Ross for The Hunger Games
Purists will quibble that The Hunger Games won’t even be released until summer of 2012, a full four months after next year’s Academy Awards. To which we say: Boo-hoo, grandpa! Why don’t you try faxing your old-man complaints to 1-900-WHO-CARES?!! These aren’t your father’s Oscars — they’re your teenage daughter’s. And if you can’t trust Ashleigh when she says this adaptation of the greatest book of all time (since Twlight) will OBVS be the greatest film of all time (since Twilight) then, really, who can you trust?

Best Original Song: Parry Gripp, “Cat Flushing the Toilet”
A controversial choice, but one even Academy elders could accept after watching Celine Dion and Yo-Yo Ma’s stirring version at the ceremony.

Best Documentary: Transformers: Dark of the Moon
Are you gonna call Buzz Aldrin a liar?

Achievement in Sound Editing: “Weimeraner Dog Farts and Scares Itself,” YouTube
The pacing is Hitchcockian, the mise-en-scene the equal of the best of Tom Dey, the lead performance positively Hooch-esque. But no true cinephile could deny that it’s the timing and precise, resonant timbre of the, ahem, inciting incident that truly makes this film award-worthy.

The Irving G. Thalberg Memorial Award for Lifetime Achievement: Justin Bieber
As far back as our average online voter can remember, or at least since mid-2008, no artist has given us more.

Best Actor: “moot”, 4Chan.com
Though not technically an “actor” (nor someone who has “appeared” in any “films”), Moot, the founder of the notorious online forum 4Chan, has already been named the most influential person in the world by Time magazine, so why not an Oscar too? (What’s that? The Time poll was also voted on by the Internet, and is thus suspect? You don’t say!) Tom Sherak, consider yourself officially pwned!

Best Cinematography: Some Guy’s Hacked Credit Card Number, The PlayStation Network
It appears our egalitarian voting system revealed a hard truth: No one has any idea what cinematographers actually do. So instead of honoring the work of the great Emmanuel “Chivo” Lubezki, the industry legend responsible for The Tree of Life’s majestic, awe-inspiring imagery, the award instead goes to some doofus gullible enough to trust Sony with his personal info just so he could play 50 Cent: Blood On the Sand with his buddy who lives across town.

Best Director: Robert Pattinson, The Twilight Saga: Breaking Dawn Part 1
OK, yes, sure. Technically Bill Condon directed TTS: BDP1, but that’s like saying Neil Armstrong was the first person to walk on the moon when he really couldn’t have done it without the help of Buzz Aldrin, Bumblebee, and Wheeljack. Suffice it to say that Pattinson is the real beauty brains behind the operation. Why not give him his due here? (Note: the second-highest vote-getter for the category was “Shirtless Robert Pattinson.”)

Best Picture: Trampoline Kitty; YouTube.com
A trampoline. A child. A cat. Our friends at Videogum said it best: This is perfection. And it’s also the perfect example of what happens when you let the Internet contribute to any decision-making process.

Filed Under: Movies, Oscars, The Future