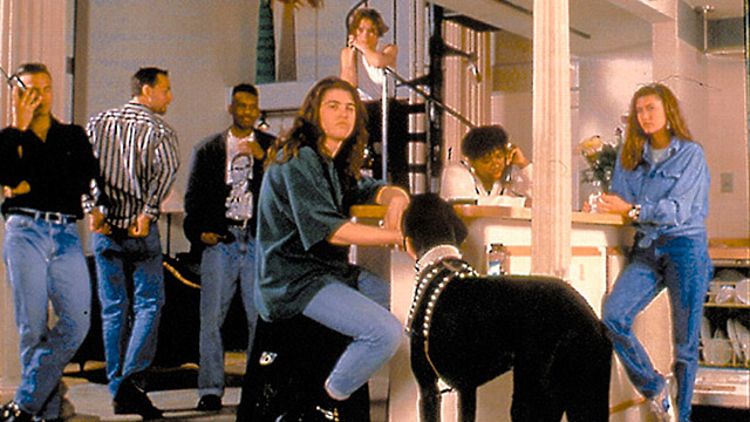 This weekend, to drum up enthusiasm for its 28th season, Real World: Portland, MTV ran a marathon of “retro” seasons: the first, New York; the third, San Francisco; and the 12th, Las Vegas, which I’m assuming was a nod to the fact that 2002 is vintage enough for most of MTV’s viewership. I tuned in too late for most of Season 1, the memories of which are still vivid enough (Julie and Darlene, endless conversations about the “melting pot,” Reigndance, Eric Nies), but even just dipping a toe into the ’90s portion of the pool was creepily evocative of a time that suddenly seemed very long ago. Because it was long ago. It probably isn’t the first time us Gen-X and Gen-Yers have felt old — radio stations and mirrors take care of that — but, for some reason, watching the birth of reality TV caused a Proustian ripple across social media streams among people of a certain age.

Coincidentally, I just finished watching The Big Chill, which is a great companion piece to Real World not only because it involves people temporarily cohabitating, hooking up, and having angry debates while drinking on a sofa, but also because everybody takes turns dicking around with a camcorder and then watching the videos they’ve created moments before. How weird is that, 1983? There is something very 2001 “Dawn of Man” about seeing adult friends interview each other and then gather in a living room for a viewing party: The narcissism that we’ve now deftly incorporated into our lives used to be so contrived. Camcorders required their own suitcases, there was a ceremony and a shyness in taping yourself that we’ve overcome for better or for worse. It’s sort of nice to know that it was always there, that the urge to take duckfaced selfies might have kicked around in the minds of our great-grandmothers, like an impulse without a name.

Nineties vintage voyeurism was still experimental, and there was a mild thrill at being in the audience at that point in time. The recognizable tropes of reality soap operas were nonexistent, and the urge to capitalize on the fish bowl structure didn’t always end well. For all the self-aggrandizing late-night confessions between roommates, the first reality stars couldn’t have been expected to have a clue about what inclusion in the Real World cast would bring them. The art of the reality show narrative arc hadn’t been perfected, and the notion of becoming an edited version of yourself wasn’t eyed with as much suspicion as it now is. (Would Tami have had her jaw wired shut for the sake of her diet if she knew that the Internet would have reamed her mercilessly?) We review our own avatars every day — choosing what to include in our public personae and what to omit, pushing important plot points to the tops of our feeds, creating a recognizable cast of characters with tags and check-ins — and present them to a viewership without having to pick at a stinky pig carcass surrounded by hovering flies on the finale of The Challenge. I’m grateful for this, because after you eat the pig carcass you have to run 15 miles through the desert, but the kick of nostalgia at watching people who belonged to another era, an era to which I also belong, was profound.

We’ve always liked looking at each other, spying on people who know they’re being watched but who pretend, for our sake or by coercion, that we’re not there. Jeremy Bentham called his Panopticon prison “a mill for grinding rogues honest,” and the best moments of Real World usually happen when the rogues have been ground down to a fine powder and set on fire. A few years ago, Real World: New Orleans‘s Ryan Leslie used a homophobic slur, rubbed a housemate’s cigarette all over his ass, and generally came off as a totally unpalatable person week after week until he was evicted. He was one of the rare cast members who didn’t seem to connect the dots between his actions and the character that would be created out of them; he seemed out of touch with his own story, stripped of savvy, a throwback. The worst Real Worlds are the most recent ones, the seasons in which everyone seems to have rehearsed themselves into prank-pulling, hot-tub-hopping reality stars before they even enter the Ikea mansion. You can’t blame them, really. They just know what they’re in for.

But hitting the retro archives draws attention to how what we used to watch differs from what we watch now. Why should DVRing the reality show ghouls of your youth feel like some sort of powerful unifying experience, an important generational marker? Maybe it’s because the world that we grew up in — the Reality Bites soundtrack people, the mall wanderers, the AIDS-crisis-concerned tweens, the kids who missed out on flattering emo clothes and wound up wearing giant T-shirts paired with lace-edged leggings, the Manic Panic experimenters — has never seemed farther away than when we look back at the loogies hawked by Puck and the earnestness in New York’s finale’s good-byes. Bunim/Murray’s early days were never Mayberry, but every generation has to have its own five-mile walk to school through the snow. One day, we’ll try to explain watching the “slap heard ‘round the world” when the Internet looked like this and when it cost your parents five dollars every time you wanted to chat with a friend in real time, or what watching a pre-9/11 New York Real World was like, but we’d be better off putting a sock in it. If you weren’t there, it probably wouldn’t be that interesting to you, anyway. Maybe that’s the salve for getting older. Suddenly, you and any seven strangers have something in common.