There’s a New Aphex Twin Album on the Way, As Advertised on the Deep Web 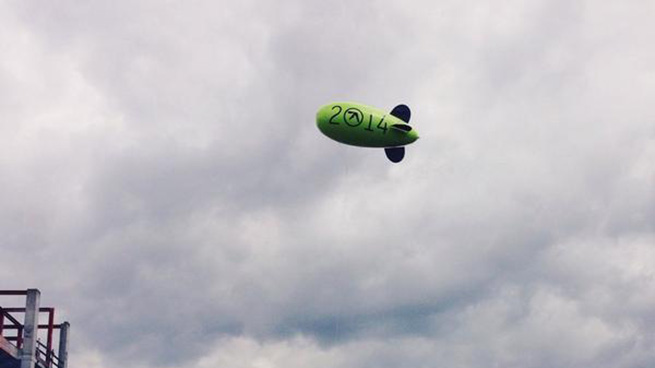 Over the weekend, Aphex Twin’s logo appeared above London on a blimp. New York City was next, only with graffiti instead of an aerial demonstration. And at last, the world was ready for an Aphex Twin tweet that would take them, through Tor, the preferred browser for frequenters of the #deepweb, to a website containing information about SYRO, the first Aphex Twin album since 2001’s Drukqs. Anyway, the tracklist is on Wiki now.

Here’s a preview for Jay and Bey’s On the Run HBO tour special.
https://www.youtube.com/watch?v=bB-GuDzQvzY

Ant-Man is now filming, and Judy Greer, John Slattery, and T.I. have joined the cast.

Ving Rhames will be back for Mission: Impossible 5.

Kid Rock, age 43, is gonna be a grandfather.

Speaking of the miracle of life: Here’s one possible name for a human being.

So proud to welcome our beautiful daughter Summer Rain Rutler into the world.

ICYMI: Hideo Kojima, Guillermo del Toro, and The Walking Dead‘s Norman Reedus are working together on a Silent Hill game, which sounds amazing.

And The Simpsons FXX marathon is a bigger deal than the creation of Earth.
https://www.youtube.com/watch?v=qq4w74r8HKY