NBC’s Fall Ratings: Playing It Safe, All the Way to the Bottom 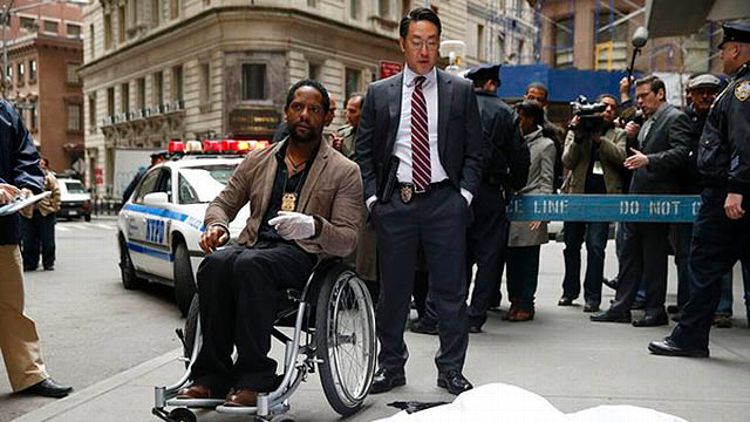 That the peacock is an ostentatious yet mostly flightless bird is an observation well known to anyone who has been chronicling NBC’s lost decade — particularly as it threatens to stretch into a second. So many were surprised to see the network soaring in the first week of the new fall season: Buoyed by its twin pillars of football and The Voice, NBC easily beat its rivals in the key demos advertisers care most about. The Blacklist started off like gangbusters (Spadermania is very real) and Chicago Fire returned strong. Skeptics might point out that the Peacock found itself flying last year around this time as well, only to come crashing back to Earth once Cee Lo and the Super Bowl were in the past. But at least in 2013, network honcho Bob Greenblatt seemed to have a coherent plan: serve viewers a steady diet of comfort food in the form of old stars and hoarier concepts and leave the flash — and costlier flameouts — to his rivals.

The second week of the TV season hasn’t been nearly as rosy for NBC. Its new Thursday-night comedy block — now repopulated with familiar faces from happier, better-watched days — stumbled badly in its first outing, with none of its shows cracking a 2 in the 18-to-49-year-old demo. (How bad was it? The CW finished ahead of NBC in the eight o’clock hour — almost like a real network!) The Michael J. Fox Show lost 17 percent of its audience from last week’s OK premiere, 9 p.m. anchor Sean Saves the World was down 25 percent from The Office‘s final season bow a year ago, and the only non-recycled freshman, the lame Welcome to the Family, contributed the lowest fall comedy debut ever for the network. Lest you think this news constitutes the ground floor of awful, let me direct your attention to the basement, where Ironside is currently languishing. The inexplicable cop series — starring the ageless Blair Underwood, another frozen-in-carbonite face from the ’80s — sank like an even heavier metal in its Wednesday debut: With a 1.4 rating, it became the lowest-tallying drama in the network’s history, besting (if you can call it that) the 1.6 managed two years ago by The Playboy Club. That series, it’s worth mentioning, was canned after its third episode.

What to make of all of this? Well, first the caveats: It’s early, and Chicago Fire — the cardboard box of network dramas — debuted with a number nearly as bad as Ironside (1.9!) before rebounding into a dependable performer. But the issue here is, I think, one of NBC misunderstanding both the appetite of the audience and the skill level of the cooks in its kitchen. Comfort food is well and good, particularly a market in which CBS wins every year — including this year, so far, in terms of total viewers — by never changing its menu. But the dishes still need to be relatively fresh and served hot. Even hardy meat loaf eventually goes bad. The Blacklist is working because it at least dressed up its creaking, procedural bones in a whole lot of hot sauce and sizzle — and the addition of Spader, a pro’s pro if there ever was one, larding the entire affair with strips of delicious bacon. The Michael J. Fox Show and Sean Saves the World have their charms, but both feel more like mausoleums than showcases for the ageless abilities of their graying stars. Ironside in particular missed the mark. A reboot of a barely remembered series that went off the air 38 years ago (when Underwood was 11), it takes all sorts of ingredients that are popular enough in theory — cops, House-like team-based problem-solving, a star who’s easy on the eyes — and jams them together as efficiently as possible. The result is a series so frictionless it might as well not even exist.

Perhaps Greenblatt’s real problem is trying to think like a short-order cook when real, lasting success in TV requires both ambition and care. Can’t-miss ideas on paper nearly always miss in reality because, despite calcified industry thinking, audiences know the difference between things they like and things that are just like other things. Everyone loves Michael J. Fox, and family comedies remain wildly popular. But just jamming them together isn’t guaranteed to produce something palatable; it’s more likely to result in a combination that pleases no one, like meatloaf muffins. By contrast, Fox’s Sleepy Hollow has an overstuffed concept that would be laughed out of any pitch room, even if the room were located in a marijuana dispensary. But it has spark, point of view, and a crackling chemistry between its talented, previously unknown leads. It’s also a breakout hit and the first show of the fall to be renewed for a second season. The hard part about TV isn’t figuring out what viewers want. It’s figuring out what they’re going to want next.

But I Want to Believe! Turning to Vince Gilligan's Own Words to Debunk the Breaking Bad Finale 'Dream Theory'