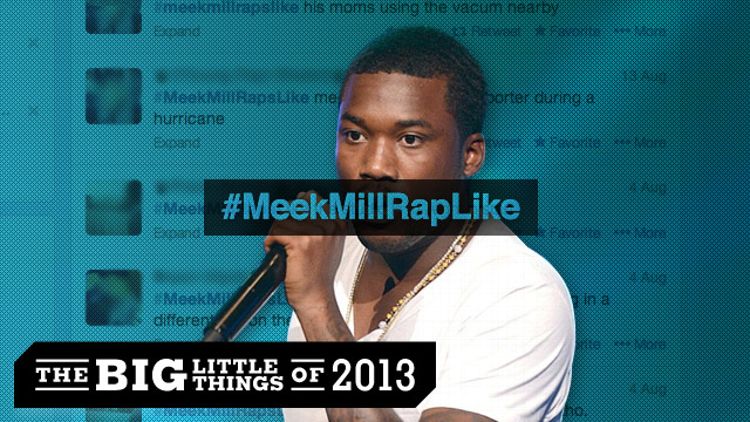 Five years ago, the pound sign was dead weight, an unused and unnoticed symbol on your dial pad that led to more mystery than meaning. What was the sign’s purpose when it was originally introduced? It honestly seemed to be there solely for symmetry’s sake. Something had to go to the right and left of the zero on your push-button phone, and why not the tic-tac-toe thing? At least with its neighbor, the star, you could *69 a bitch and let them know to stop “Playin’ on my phone.” The pound sign or “number sign” had no use other than telling robots you were done entering data. Then Twitter happened.

At first, hashtags were fun — you could use them to find people/tweets, to add a quick quip to your main post, or to see if anyone was interested in playing your little Twitter reindeer games. It was innocent. Cute. Then they turned. Marketing executives across the globe gathered in conference rooms and decided their ad campaigns, TV shows, and product launches all needed to “harness the power of social media.” Thus have we become inundated with orders explaining exactly how we need to categorize our digital thoughts. No, ABC, it is January; it is not #Juanuary. No, McDonald’s, I am not telling my #McDStories. No, New Line Cinema, I am not going to see, nor can I spell, #TheHobbitTheDesolationOfSmaug. The use of hashtags became corporatized, monetized, monitored, and, therefore, wack. What the modern-day Don Drapers didn’t understand is that you can’t premeditate “viral.” Only when a hashtag is spawned by the hive mind of tweeting teens trying to make their friends laugh will it ever have legs. Memes are not drawn on dry-erase boards. And on the fringes of Instagram and Twitter, a movement flourished.

Like the music itself, hip-hop hashtags had humble beginnings. Little jokes among friends about rappers gained steam and increased in participation and quality. In the Darwinistic environment of Twitter, the best were shared, celebrated, curated, and LOL’d at. There’s an organic, underdog, “Have you seen this yet?” sentiment surrounding rapper hashtag jokes. Knowing about them made you feel cool and young. Of course, all this did not grow out of a meeting in a conference room, but out of the caliber of jokes random dudes were making about Meek Mill. You see, Meek Mill’s aggressive, energetic, even angry style of rapping is effective and also alarmingly consistent. Whether he rhymes about Molly poppin’, lovemakin’, car drivin’, or drug dealin’, he does it the exact same way every time. Thus, #MeekMillRapLike happened:

The reason these frivolous, childish, downright mean-spirited jokes about rappers are so popular is because they are undeniably funny and exist only for that purpose. In a digital landscape in which modes of communication are created, populated, and infiltrated by the money machine faster than you can even learn about them, content is still king. All my friends ask if I have seen #MeekMillRapLike. That none of them ask what my plans are for #Juanuary is the reason hip-hop hashtags are the biggest little thing of 2013.

We Went There: The (Probable) Last Days of Dads