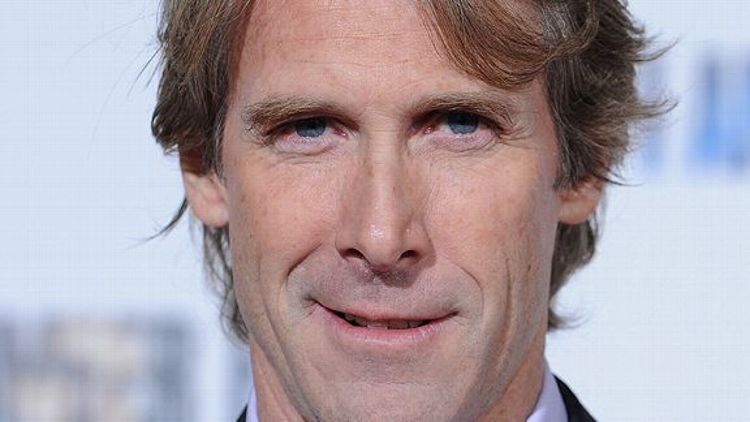 To follow up a global blockbuster that features an evil robot throwing a building into another building, noted car-wash fetishist Michael Bay has decided to pump the brakes. In an interview with MTV News at the Moscow premiere (!) of Transformers: Dark of the Moon, Bay announced his intention to make a “smaller” movie next, namely a dark crime comedy called Pain & Gain, based on a 1999 Miami New Times story about bodybuilders turned criminals. No 3D. No stilted, mechanical performances. And definitely no robots. (Burn, Rosie Huntington-Whitley! High five!)

It all sounds … kinda good, right? Wrong! A modest Michael Bay isn’t merely unthinkable — it’s un-American. Would you want Spinal Tap to turn it down? Or Howard Hughes to build a smaller plane? (What’s that? You would? Well never mind then! Logic has no place in Michael Bay movies and so it certainly doesn’t apply here.)

But luckily, we’re not concerned. Because there is no way Bay will be able to restrain himself — and not only because his idea of “cutting-back” is taking the Maserati instead of the Ferrari en route to his private helipad. Think of it like a buffet. You approach it like Bay circling his next film — you’re on a diet! you’re simplifying! — and chastely stack some salad greens on the edge of your plate, maybe some white-meat chicken. And then — what’s that? Pot-stickers? Sure! One can’t hurt. And are those baby-back ribs? The next thing you know you’ve rented the entire Bahraini navy just to “fill out” a mid-movie training montage. The bottom line is Michael Bay just can’t help himself. Pain & Gain might begin as a $20 million lark but soon enough it will be larded with all sorts of costly diversions: a cheerleader machine-gun fight in the Orange Bowl, meteors striking Biscayne Bay, William Fichtner. Michael Bay never met a lily he couldn’t gild – and then drop a space station on. And we — and the Florida Film Commission — wouldn’t have it any other way.