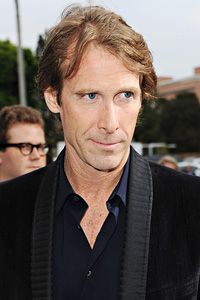 What do auteurs Michael Bay and Terrence Malick have in common — other than that they’ve both made Megan Fox wash their cars in a bikini in lieu of auditioning for a role? (Fox got the part in Bay’s Transformers but her performance as “Celestial Dinosaur No. 3” was sadly cut from Malick’s of Tree of Life.) They’ve both written letters to projectionists, advising them on how best to present their 2011 films! While the letters themselves strike differing tones (Malick terms his a “fraternal salute” to a “forgotten art” while Bay, unsurprisingly, uses capitalist logic – “your theaters invested a lot of money in this equipment” — in his plea for 3-D perfection), they are the latest missives in a trend that stretches at least as far back as noted control freak Stanley Kubrick, whose own letter re: Barry Lyndon also recently surfaced.

But this epistolary practice goes deeper than most cinephiles realize. Grantland gained access to some other recently-penned letters to projectionists from the directors of a few of summer 2011’s other prominent releases. We are proud to share excerpts of them with you now.

“As many of you are aware, the film is set in the 1970s and is an homage to the early works of my good friend, Steven Spielberg. Naturally, the theatrical experience should be as attentive to period detail as the film itself. To that end, all stadium seating should be removed and replaced with cracked and ripped vinyl benches. If you are unable to affix chewing-gum to the bottom of each handrest, know that you will be greatly disappointing Steven Spielberg, my creative partner and mentor. Muggings, petty larcenies and politically charged disruptions are to be encouraged. (Feel free to distribute pamphlets that contain suggested, era-appropriate slogans to shout, such as “Impeach Agnew!” and “Dy-no-mite!”) If the film — which was shot on 35-year-old, highly flammable stock — should melt, I suggest you replace it with E.T., directed by the incomparable Steven Spielberg, whose lap I’m sitting on as I type this.”

FROM: Woody Allen
RE: Midnight in Paris

“Much of the film takes place in Paris of the 1920s, so I’ll trust that you’ll take special care with the lighting of these scenes, which should be both dreamy and sooty, emphasizing the women’s lack of contemporary undergarments and de-emphasizing the gentlemen’s lack of dental work. (Honestly, could you imagine life without fluoride? Oy gevalt!) Furthermore, I ask that ushers sweep, vacuum, and disinfect the theater at least three times daily. There’s nothing worse than an unsanitary theater, especially during the summer season when I’m sniffly at best and completely blocked at worst. Also, since we’re communicating directly, has a cat been anywhere near the Regal Twin theater in Dallas? I was sneezing violently when I was last there (1973? ’74?) and would hate to have that happen again.”

FROM: Martin Campbell
RE: Green Lantern

“Martin Campbell here. Project the damn thing however you please! I’m not going to tell you lot how to do your job. I respect you too damn much for that. And I’m sure the feeling is mutual. After all, you all remember my successful rebooting of the James Bond franchise in 2006 with the highly profitable Casino Royale, right? ‘Course you do! But did you know that I’m 66 years old? And from New Zealand? I am! See, there are plenty of things you probably don’t know about me and my very long and storied career. (A career that will certainly continue for many, many years to come. No matter what might happen with the movie I have out now. Unless you’ve heard differently. Have you? Please tell me.) For example, did you know that I once directed a bawdy sex comedy called Eskimo Nell? Well, it’s true! I did! I’d like to see the director of Captain America try that. It’s called range. The point is, I really shouldn’t be judged on one small, inconsequential, wildly expensive bomb. (If I were to make one! Just riffing here!) I firmly believe the director of the classic Ray Liotta film No Escape should be able to overcome a $300 million dollar speedbump now and again, don’t you? (Speedbumps, by the way, are called judder bars in New Zealand. I bet that’s another thing you didn’t know!)”

FROM: Paul Feig
RE: Bridemaids

“Hi, friends! Paul Feig here to talk to you about the very important subject of aspect ratio. I’m the nice and well-dressed director of Bridesmaids, a very funny comedy that will prove once and for all that women can be — oh, screw it. This isn’t Paul Feig. (And, honestly, would you notice if it was? Burn! Just kidding, Paul! But not really.) It’s your old pal Judd Apatow. You guys know me, right! You love me! Have I ever steered you wrong? OK, a couple times, yes. What do you want me to do? Apologize for Year One? Done and done! (You can’t blame me for insisting Michael Cera is a movie star! What’s that? You can? My bad!) Anyway, I may not have directed this film but it’s well established that the Apatow brand implies two things: quality and diarrhea jokes. And this flick’s got both! Anyway, I’d write more but Jason Segel and Jonah Hill are playing Wii golf in the guest house and I gotta take notes on their banter. There’s a movie in there somewhere, I just know it!”

FROM: Tom Hanks
RE: Larry Crowne

“Additionally, please be aware that there should be no fewer than 15 foot-lamberts in reel two. It’s essential that — come on, who are we kidding? You don’t care about that mumbo-jumbo! It’s me! Tom Hanks! Anyhoo, what a thrill it is to share with you my new film, a relatable story about an ordinary guy blessed with tremendous charm and decent looks despite what’s happened to his chin, who makes friends with a tasteful assortment of people from different races and backgrounds. If that sounds familiar, it should — because it’s just like me! Tom Hanks! You guys, let’s get real: I’ve also got Julia Roberts in the picture and I promise you — cross my heart — that she does nothing except smile big and get the fella. (Me! Tom Hanks!) Remember the chemistry the two of us had in Charlie Wilson’s War? No? Well trust me. It’s crackling. Were also releasing the film on July 1st, a day I’m sure you’ll all remember as the beginning of the Summer-Autumn Campaign of 1943 during the Great War. Why do I mention that? No reason! Larry Crowne is set firmly in the present, and there are no German snipers or heroic acts of American bravery. Just good old fashioned movie-making from me, Tom Hanks.