Maybe Donald Glover Is Having a Harder Time Than We Realized 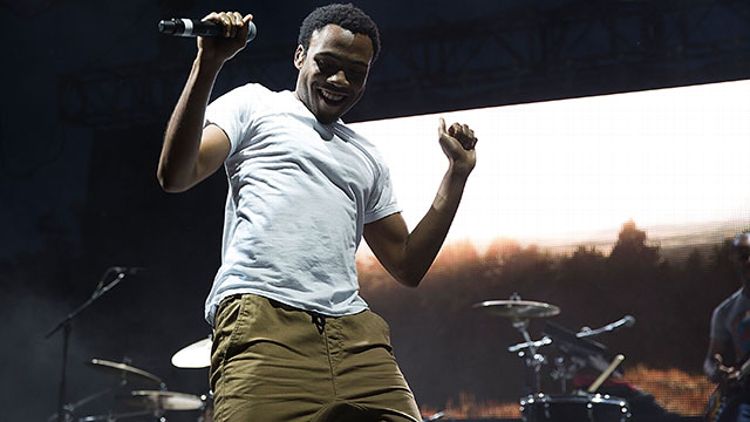 Earlier this week, Donald Glover took to Residence Inn stationery to vent seven pages worth of capital-letter concerns, dumping them all on Instagram and giving the Internet plenty to work with. The messages lean in a naked, melancholy direction, with sentiments like, “I got really lost last year,” “I feel like I’m letting everyone down,” “I’m afraid people think I hate my race,” “I’m afraid people hate who I really am,” “I’m afraid I hate who I really am,” “I’m afraid Dan Harmon hates me,” “I’m scared I’ll be Tyrese,” and “I’m scared people will find out what I masturbate to.” Right off the bat, I’ll say: Harmon thinks you’re “one of the most intimidatingly talented people” he’s written for, man! And you’ll never be Tyrese, even if TMZ tracks down your browser history and posts it on a slow news day.

Now, I’m hesitant to help gas up what Alex Pappademas, writing about Kanye vs. Kimmel, called “the entertainment-news misunderstanding-machine.” But it really sounds like Glover is having a tough time. “If I’m depressed, everybody’s depressed,” Glover tells People. “I just wanted to write down my feelings. I definitely was just expressing myself. I don’t think those feelings are that different from what everybody’s feeling. Most people just don’t tell everybody. I was just tired of telling people I was tired. It felt like every day someone would ask, ‘What’s wrong. Are you OK?’ And I would say, ‘I’m tired, I’m tired.’ I didn’t want to do that anymore.”

Then, to England’s NME: “I’m not having a personality crisis, more like a personality burst. I just wanted to be honest. People are like, ‘Ah, this guy is unstable,’ but it’s like, you guys are the ones who are unstable, you’re just dying the same way your grandfather died, doing the same old fucked up shit. I’m just being alive. I don’t see why being insecure is such a bad thing — some of the worst people in the world were very secure with who they were. Hitler was very secure in who he was — he was also a huge asshole and one of the worst people ever. This is who I am, and I’m insecure, so fuck it.” Owning insecurity can be healthy and smart, but when you start saying “just” this much and bringing up Hitler, it’s going to turn heads more than some Instagrams.

Glover is 30 years old. He has been an integral part of a beloved comedy series and sold somewhere in the neighborhood of 200,000 records as Childish Gambino (an artist I find fascinating, thought-provoking, and generally enjoyable, at the peril of all the Internet making fun of me and Pitchfork banning me from visiting its website again). Glover has written for 30 Rock and he recently made a mesmerizing half-hour short film. Meaning he has been around the block enough to identify with Kanye’s frustrations about getting boxed in as a restless black creative who wants nothing but genre-agnostic dopeness. “Kanye says they won’t let him make pants,” Glover tells NME. “This guy’s a genius and they won’t let him make cool shit because he’s a rapper. You can speak to Kid Cudi or to A$AP Rocky and they don’t want to be rappers either. People don’t think: ‘Oh, he’s a rapper and he has his own design company,’ which is sad. I don’t get why I can’t be all these things. They’re not ‘a thing’ — I’m alive, I’m just doing something.” Part of that something is his second studio album, Because the Internet, coming in December. According to Glover’s Instanotes, Glassnote wanted to push the release “’cause it’s not a holiday record and I’m not a big artist.”

I’m not spending my Friday beaming out a #pray4donald hashtag. I’m not alarmed he used the word “depression.” Mostly I’m thinking about how Kanye told Kimmel, “I feel like media does everything they can to break creatives, to break artists, to break people’s spirits.” Once an artist has his script, he’s told to stick to it; aside from the dollars pouring into the bank, it must feel awful and terrifying a lot of the time. It seems like Donald Glover’s there. “People expect certain things from you and they don’t even know you,” he says. “It’s like, how can you know me when I don’t even know me?”