Lowbrow Highlights: The Countdown to ‘Bachelor in Paradise’ Begins 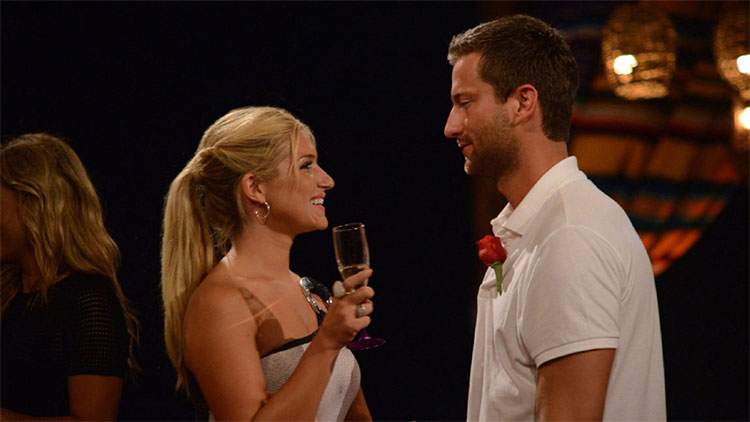 News time! Shahs and Married at First Sight are cool and everything, but with the launching of new shows, Jenner news, a Survivor announcement, and more, we had to make this week’s column a news dump to keep you up on these important issues. Oh shit, almost forgot, we now know when the American Broadcasting Company will bestow us with its greatest artistic achievement of the 21st century, Bachelor in Paradise. Let’s start there.

Only 114 Days Until Bachelor in Paradise!

ABC is finally showing Bachelor in Paradise the respect it deserves. On Sunday, August 2, they are dropping a two-hour premiere on us, and then, the next night, they are blessing us with another hour of this digital perfection. By the end of the second episode, there will already be three committed couples, two love triangles, two breakups, and seven venereal disease acquisitions. God, I love Bachelor in Paradise. If you are ever feeling down about your career, or money, or love, or have wet socks or anything, just click this link. There is always Bachelor in Paradise on the horizon.

In anticipation of this glorious day, just in case the producers have a spot or two on the roster, I am making the Lowbrow Highlights Top Five, the Top Five People I Want To See On BIP This Season, listed from, “Oh, that would be kind of cool” to “I forgot about them, I am going to Google them immediately”:

5. AshLeeeeeeeeeee is an absolute must. She is to BIP what CT is to The Challenge.

4. Stags is slept on. His YouTube channel is brilliant.

3. Ashley S., I think, isn’t really crazy, and they actually might have been in Mesa Verde.

2. Naked Lucy. She gave a sneaky handy last season — how do you not bring her back?

1. Ed the Alcoholic Aquatic Ape, because he is an alcoholic aquatic ape.

Oh yeah, The Bachelorette is debuting May 18, too, which should tide us over.

How Did This Show Not Work?

Wait wait wait, there was a show called Neighbors With Benefits, “the first reality show about swingers,” and I didn’t know about it? And it was just canceled after two episodes when they filmed nine? How was this show not good? They all lived on the same block? And had sex parties? That were filmed? It aired on national television and this is the first I am hearing of it? Am I alone here? If they already filmed the other episodes, why aren’t they airing them? Seriously, how was this show not the next Jersey Shore? Do I have to watch these two episodes of this canceled show to find out what the hell is going on? I’m not doing that.

I hope this doesn’t scare other networks and production companies away from further exploring the swinger genre. I FULLY SUPPORT THE SWINGER GENRE.

Bruce Jenner Is Going to Say Something to Diane Sawyer

There will be a two-hour special with Di-Di and Bruce that is going to air on April 24. I can’t imagine what they are going to discuss.

RETURN OF WOO: Another All-Star Survivor Is Coming

Tired-ass Survivor is trotting out another “All-Star” cast for Season 32. Reality Blurred has some cast spoilers that made me realize just how little I remember about the cast of previous seasons of this show. I remember Spencer the nerd dude, Brad Culpepper, Uncle Cliffy, and, wait, who is that? WOO IS BACK. Remember Woo? The stoniest cast member in the history of Survivor? I love Woo so much. But there is a problem for Woo.

There is a twist in the casting on this one: There are 40 candidates and the audience will vote online to cut the group down to the 20 that will make the show. Uncle Cliffy will no doubt make the cut; Blazers fans fucking rally. I am really, really concerned about Woo, though. Apparently the process entails making online videos, using social media, and, you know, trying during the campaigning phase. Woo lives in Southern California, where, you know, medical marijuana is legal. There is no chance that he has the focus to follow through with the whole campaign, but I plan on picking up his slack. If you were wondering what Woo has been up to, a quick Twitter search shows that he is still being everything, doing the most, and kicking invisible, very tall opponents in the face:

Do what makes you smile. pic.twitter.com/qaRq8rufq6

Check back next week for an update on my new favorite show, Married at First Sight, as well as more news and updates. In the meantime, listen to this week’s very special Naked and Afraid edition of The Right Reasons, catch up on who is where on Game of Thrones, and, as always, enjoy the shit out of your weekend.

Ask the Maester Special Preview Edition: Answering All Your 'Game of Thrones' Questions Before the Season 5 Premiere