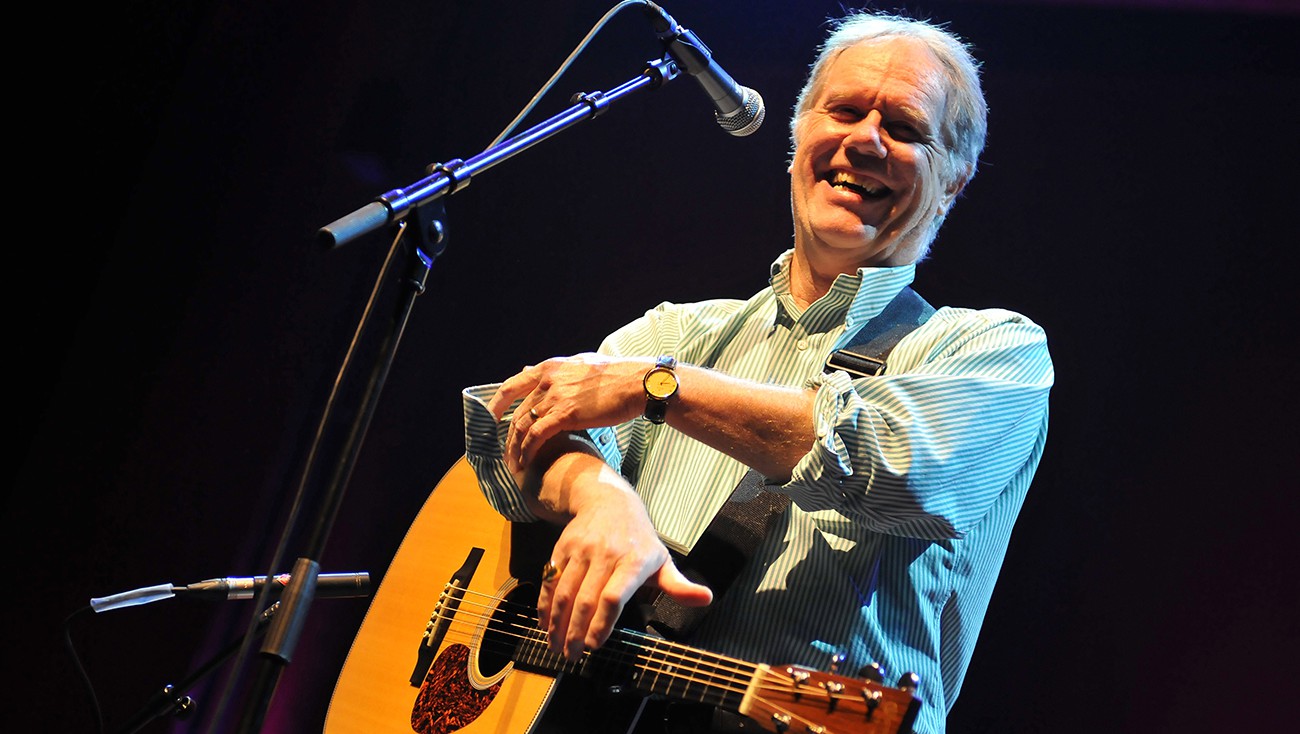 Because this is a story about Loudon Wainwright III and his new album, Haven’t Got the Blues (Yet), it seems appropriate to begin by writing about myself. After all, Wainwright was oversharing on his albums years before Mark Zuckerberg was invented, much less Facebook. His career is a case study in how personal minutiae can translate on a universal scale — or at least among a small but committed cadre of followers.

So here goes: I became a Wainwright fan in my late twenties, gravitating to his first four albums, released between 1970 and ’73, which, coincidentally, Wainwright made when he was around the same age. The first songs of his that I remember hearing were “The Swimming Song,” which is either a straightforward narrative about learning how to swim over the course of several summers or a metaphor for growing up; and “Motel Blues,” which is definitely about how a semi-but-not-really-famous folksinger turns into a groupie-hunting dog once he exits the stage.

For a student like me of ’70s-era singer-songwriters, Wainwright was a rare find — like Randy Newman but more autobiographical, or Townes Van Zandt but funnier and more Northeastern. As I delved deeper into Wainwright’s discography, my connection to the guy in his songs deepened. I came to view him as a kind of confidant, a person who understood the worst aspects of my personality because he was at least as bad as I was. Wainwright was a strikingly ordinary guy — on his album covers he resembled the preppy, suburban family-man archetype, though his songs always pointed to a deeper rot beneath the facade. He wrote about getting married, having kids, getting divorced, trying to raise his kids as a somewhat reluctant dad, and getting older. Always getting older.

Wainwright sang about drinking a lot on his early records, and sometimes it was like a joke, but often there were hints that this behavior made him a not-good person. I still think a lot about “Red Guitar” (from 1972’s Album III), where he drunkenly smashes a guitar in the fireplace (“as Peter Townshend might”) in front of his horrified, tearful wife. When he sings, “Kate, she says, ‘You are a fool, you’ve done a foolish thing,’” you feel ashamed for him. You may even feel ashamed for yourself, for reasons not appropriate to expound on at this time.

When I phoned Wainwright a few months ago, I told him all of this — how his albums guided me from my immature bachelor years to the beginning of my marriage and real adulthood, and how I’d recommend that anybody going through that transition seek out those records, like new parents finding solace in Ferber and Dr. Spock. Unsurprisingly, this provoked Wainwright’s acidic, self-deprecating streak.

“Gee, well, that’s good to hear,” he said, laughing. “I have wisdom and stupidity which [people] can relate to. I mean, I express my own stupidity and that makes them feel a little more comfortable.”

Wainwright, who turned 68 last week, is obviously in a much different place in his life now from when he was when I first discovered him. The day before we talked, he was filming an indie movie with Gabriel Byrne and Nathan Lane. Wainwright occasionally pops up in movies and on television as a senior, wizened authority figure. Longtime fan Judd Apatow cast him as a priest in The 40-Year-Old Virgin and a doctor in Knocked Up. (Wainwright was also a regular on Apatow’s short-lived, early-’00s Fox TV series Undeclared). You might have also seen him play a sheriff on Person of Interest, but probably not. (“I got to carry a gun!” he enthused.)

As for Wainwright’s day job, instead of writing about early adulthood, he’s now confronting the realities of living a life with nearly seven decades in the rearview mirror. Wainwright irreverently describes Haven’t Got the Blues (Yet) as an album about “death, decay, depression, and alternate street parking.” It’s a companion album of sorts to Wainwright’s great 2012 LP, Older Than My Old Man Now, which was about just death and decay, as well as his relationship with his deceased father, Loudon II, a former columnist for Life magazine. Not that these are necessarily new topics for Wainwright — his first album, Album I, opens with a song reflecting ruefully on his immediate past (“School Days”) followed by a song ruminating irreverently on death (“Hospital Lady”).

How often does he think about death? “Every day. How about that?” he said. “Not all day long, but I’m aware of my mortality and have been for a long time. So that stuff is in the records and has been in the records for a long time. My goal is not to bum the audience out — I don’t want to bring them down — but I happen to think that they’re thinking about it, too.”

Blues’ “death and decay” theme occasionally takes the form of morbid story songs (like “The Morgue,” in which the narrator gloats over the body of a former lover) and even social commentary (like the gun control ode “I’ll Be Killing You This Christmas,” written after Newtown). But mostly Wainwright does what he’s always done, taking the facts of his life and plugging them into his songs, to sometimes excruciatingly sad effect.

One of the album’s most moving songs is “I Knew Your Mother,” written for Wainwright’s late ex-wife, the folk singer Kate McGarrigle (the same Kate from “Red Guitar”), who died in 2010. The song is written with affection, but there’s also a strong dose of self-recrimination: “Having a father is the most dangerous game / And when dad takes a powder it’s more than a shame / But I knew your mother and your mother knew me / And as long as it lasted was how long it could be.”

Given how closely Wainwright’s art hews to his life, it seems like it would be impossible for him to ever be fully present in his daily existence. On some level, the songwriter is always observing. Rufus Wainwright, Loudon’s more commercially successful and occasionally estranged singer-songwriter son, once claimed to “never have known a more tormented artist” than his father. Loudon, however, disputes this.

“I will admit to bouts of depression and you know, being blue,” he said. “Maybe in the context of being the grumpy, distant, absent father I would appear to be a little more tormented. I was gone for Rufus’s life a lot. When he was 3, his mother moved him and our recently born daughter Martha back up to Montreal. So then I became like a part-time father, and so maybe it seemed to him like I was tortured because I wasn’t around a lot.”

From a creative perspective, Wainwright has arguably never been in a better place. While he likens songwriting to sex — “I don’t do it as much, but it’s still fun when it happens” — his output lately speaks to a resurgence. Not only have there been a lot of albums, with one coming nearly every other year since 2005’s Here Come the Choppers, but they’ve also covered a lot of ground, including soundtracks, tribute albums, and protest records. And he can still write bittersweet gut-punches that linger in your mind and heart for years afterward.

“Writing songs is not particularly therapeutic. I’m not working things out by writing songs. But I’m focusing on a part of my life, which is the way that I feel. And sometimes I feel like shit. Like a lot of people,” he said. “I’ve been writing songs for, I don’t know, 45, almost 50 years now. So it’s hard to know how that mechanism started. I guess like everybody else I started to write songs to get people to pay attention to me, maybe get laid. But I’ve always chronicled what’s going on in my life, and I continue to do that.”