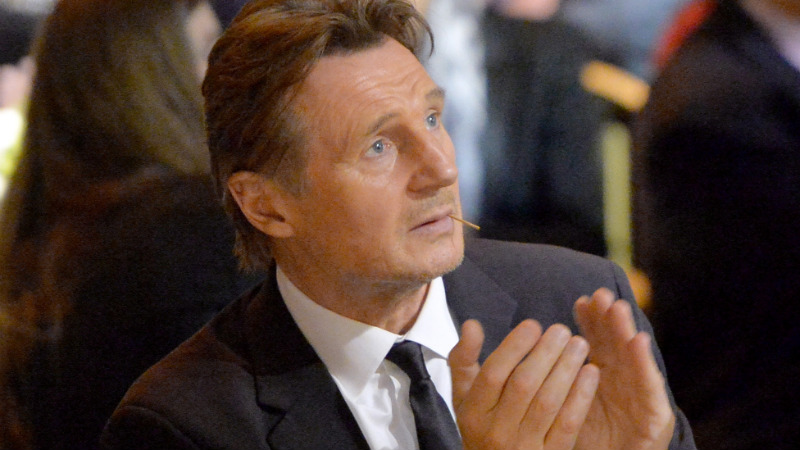 “We chat, or with him a lot of the time I just listen,” Liam Neeson tells the U.K.’s Independent about Bono. “He’s a wonderful man. He’s got an idea for a script which we’ve been working on for the past six years.” The film, should it come to fruition, will be about Irish showbands, which the Independent dubs a “phenomenon of the seventies.” (Basically, they were popular cover bands that stayed super up to date on radio hits.) Also, the Dissolve has a helpful guide to Neeson movies that sound like U2 songs and U2 songs that sound like Neeson movies. You’ll need that.

Bill Hader will host SNL on October 11. (Also, he is very sorry for being a dick to Corey Feldman one time.)

Jay Z and Beyoncé are allegedly working on a joint album.

Speaking of Jayoncé: Now that the divorce rumors are mostly dead, let’s consider a Chavril breakup!

Kendrick’s new single is just called “I.” And it’s coming out next week.

The day Kickstarter ate itself: A Run the Jewels remix album called Meow the Jewels. All cats everything.

A Ghostbusters Universe? Dan Aykroyd’s jabbering about it.

Boardwalk Empire’s Jack Huston will star in the new Ben-Hur.

Awesome book trailer for NPH’s Choose Your Own Autobiography.

You can preview half the songs on the new Aphex Twin record RIGHT NOW. [via]

The Rembrandts (the Rembrandts!) performed the Friends theme in the Central Perk pop-up in Manhattan.

And here are some fantastic (and simple!) Netflix hacks.