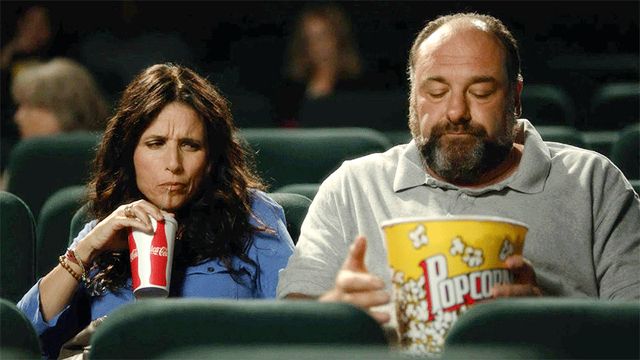 Poor Oscar Isaac. In Inside Llewyn Davis, the handsome, talented, Juilliard-trained actor gives what everyone seems to agree is a well-nigh-flawless performance as a folk singer to whom nothing much happens. Isaac works hard and makes it look easy. He captures the narcissism of an artist who tells himself that his integrity and high standards are dooming him, but also the uncertainty of a guy who suspects he might be lying to himself about that; he understands that an affect of indifference and an unflappable monotone are forms of posturing; he makes you understand Llewyn’s plight and also the degree to which he is not just the victim of circumstances but the often obnoxious architect of his own misfortunes. In most other years, this kind of deep, smart work, anchoring a Coen brothers movie that has been greeted with such appreciation, would all but mandate a Best Actor nomination.

But when the nominees are announced Thursday, Isaac is likely to be left out (a fate, it must be said, that couldn’t be more apt for the character he plays), because this is the kind of year in which small gestures are less likely to be rewarded than big swings and excruciating feats. Dallas Buyers Club’s Matthew McConaughey either lost a ton of weight or lent it to Christian Bale for use in American Hustle. All Is Lost’s Robert Redford got very wet and wasn’t allowed to talk. Captain Phillips’s Tom Hanks got very wet and was beaten up. 12 Years a Slave’s Chiwetel Ejiofor got whipped and naked. How does the delicacy of a performance like Isaac’s, or the gentle, probing, hushed work of Joaquin Phoenix in Her, stand a chance against such monumentality?

The answer is, it probably doesn’t, but it’s a tribute to the quality of the race that even the actors given big situations to play don’t resort to grandstanding or easy histrionics. Bale, fat and saggy, also appears to be genuinely relaxed onscreen, not a word I associate with a guy who’s usually a tightly wound spool of thespian commitment. Redford’s work is defined by its focus and understatement, not by emotional extremity. Hanks, with masterful control, keeps it buttoned down until the last 10 minutes of Captain Phillips, the better to devastate us by finally letting it loose. Even Leonardo DiCaprio, who is given nothing but bigness and appetite to play in The Wolf of Wall Street, gives one of the most confident performances of his career by going for comedy rather than melodrama, whether he’s working his hustle on the phone to a penny-stock client or whimpering with a lit candle stuck up his ass. (Anything for you, Marty!)

Several months ago, 2013 was labeled, with premature insistence on a narrative, as the year of the black actor. And in many ways it was, but that won’t be reflected on Thursday, when past winner Forest Whitaker (Lee Daniels’ The Butler), thrilling newcomer Michael B. Jordan (Fruitvale Station), and Idris Elba, a guy who is this close to breakthrough stardom but needs a movie less stiff and logy than Mandela: Long Walk to Freedom to get him there, will all likely find themselves on the sideline. They will, at least, be in good company that includes at least a couple of the names listed above. At this point, only Ejiofor and McConaughey — both of whom would be first-time nominees — are sure bets, with Hanks, Redford, DiCaprio, and Nebraska’s Bruce Dern playing musical chairs for the remaining three spots. Any one of those four could be omitted; my guess is that, given the older skew of the Academy, DiCaprio is at a very slight disadvantage. But Redford was omitted by SAG voters, All Is Lost made little noise at the box office, and it’s not a performance that works if you’re only half-watching the DVD screener. If the acting branch feels that it doesn’t really count as acting if you’re only given a situation to play, not a character, then he could be in trouble.

Right on the edge:
Leonardo DiCaprio

One year ago, all the Best Supporting Actor talk wasn’t about who was going to win an Oscar but about who was going to win another Oscar. For the first time in any acting category in the history of the Academy Awards, all five nominees were previous winners, which, if nothing else, intriguingly removed “He’s owed” or “It’s his turn” as a voting criterion. On Thursday, the pendulum could swing so far in the other direction that all five actors may be first-time nominees — something that hasn’t happened in this category since 1995. That would take a slightly unusual confluence of circumstances: Assuming that Dallas Buyers Club’s Jared Leto and 12 Years a Slave’s Michael Fassbender are near-locks, they’d have to be joined by a foreign actor (Rush’s Daniel Brühl, a SAG and Golden Globe nominee), a novice actor (Captain Phillips’s Barkhad Abdi, ditto), and a posthumous nominee, James Gandolfini for Enough Said.

Cynical observers of the Oscars are often under the mistaken impression that posthumous nominations are the kind of wetly sentimental gesture to which the Academy is frequently prone. In fact, they’re quite rare; generally a kind of reverse sentimentality prevails, one that holds that an Oscar nomination should not be “wasted” on someone who can’t be there to appreciate it. That is, of course, absurd for any award that claims to be merit-based, but in the nearly 80-year history of Best Supporting Actor, only two nominees have been posthumous — Ralph Richardson for Greystoke and Heath Ledger, who won in 2008 for The Dark Knight.

Affection for Gandolfini and deep respect for his gentle, openhearted, quiet work in Enough Said make it a real possibility that he will be honored. But there are other contenders here, as well as some unquantifiable factors. American Hustle is an actor’s delight, and it seems hard to imagine that Jennifer Lawrence will be the only nominee from the film’s ensemble; if Bradley Cooper (a SAG, Globe, and BFCA nominee) joins her, it will be his second nomination in two years. Is Academy enthusiasm for The Wolf of Wall Street strong enough to carry Jonah Hill to a second nomination? And what about Tom Hanks in the old-guard favorite Saving Mr. Banks? If enough voters decide that Best Actor is too crowded but feel they have to nominate him for something, he could show up here, the unlikely capper to a year in which he could get his sixth Academy Award nomination, his sixth and seventh, or neither.

Right on the edge:
Bradley Cooper