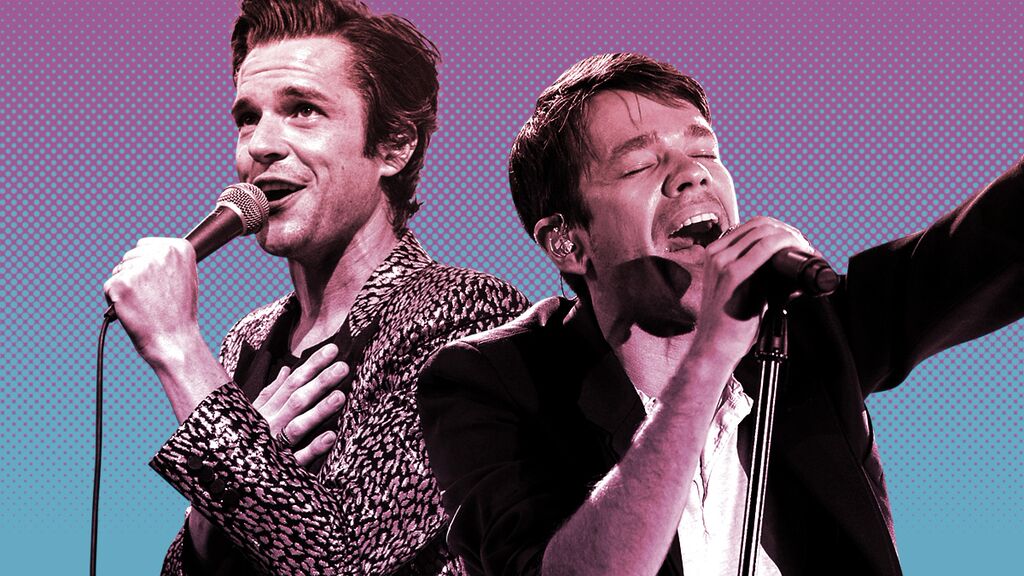 I don’t care who you are, you don’t piggyback on a Rolling Stones deal. Mick felt free to do that. It was total disregard for the band … I was incensed. We didn’t build this band up to stab each other in the back.

Some context: In the early ’80s, the Rolling Stones negotiated a new contract with CBS Records in the wake of 1981’s multiplatinum album Tattoo You and an accompanying stadium tour that revitalized the Stones’ career. The band was riding high on its last flash of major relevance, when the public still cared about new Stones songs, and the members subsequently signed with CBS for “20-odd million dollars,” Keef writes.

What Richards didn’t know at the time, however, was that Mick Jagger had leveraged the Stones’ contract to secure a multi-record solo deal for himself. Hence the charge of “piggybacking”: Jagger tried to harness the band’s momentum for his own benefit, foisting solo joints like 1985’s She’s the Boss and 1987’s Primitive Cool on the Stones’ audience while sidelining his bandmates. In the process, he effectively cornered the Stones market while the band was stuck in a funk caused by infighting and the disastrous 1986 album Dirty Work.

Jagger’s piggyback attempt ultimately failed — the solo LPs bombed, and he reconvened with the Stones for the 1989 comeback LP Steel Wheels. But Richards nonetheless pinpoints in Life a common symptom of lead singer disease, an ailment that’s hobbled countless bands by turning frontmen and frontwomen into me-first separatists. In late-stage LSD, the singer splinters off from the group, and in some cases tries to replace the group, turning a once mutually beneficial situation into a fractious piggybacking free-for-all.1

Richards used “piggybacking” in reference to Jagger’s contract shenanigans. But applying the term more broadly, any lead singer who capitalizes on the stature of a band to build a solo career is also piggybacking. For instance, while Rod Stewart already had his own record contract before he joined the Faces in 1969, performing with that band unquestionably helped him establish a commercial persona that he took with him when the Faces broke up six years later.2

This kind of “soft” piggybacking became common practice for lead singers in the ’80s. Around the time that Jagger did his end-around on the Stones, Lionel Richie piggybacked on the Commodores, Stevie Nicks piggybacked on Fleetwood Mac, Phil Collins piggybacked on Genesis, David Lee Roth piggybacked on Van Halen, Boy George piggybacked on Culture Club, and Sting piggybacked on the Police. Meanwhile, superstars previously aligned with famous backing bands — like Prince and the Revolution, Bruce Springsteen and the E Street Band, and Tom Petty and the Heartbreakers — began to remake themselves as solo acts.3

In the ’90s and early ’00s, piggybacking worked for Lauryn Hill and Rob Thomas, who scored some of their biggest hits after the Fugees and Matchbox Twenty made them stars. More recently, Fergie and Gwen Stefani piggybacked on the Black Eyed Peas and No Doubt to forge blockbuster solo careers. And then there’s Beyoncé and Justin Timberlake, who have been stand-alone artists for so long that it’s easy to forget that they were once surrounded onstage by between two and four out-of-focus people.

In the heavy-lidded eyes of Keith Richards, piggybacking was a near-unforgivable sin — both an act of betrayal and an underhanded exploitation of his band’s hard-won legacy. But in pop music (Jagger’s solo career excepted), piggybacking has generally been a wise career move. The old showbiz maxim about it being easier to promote one person than a group is essentially true — bands tend to devolve into a quagmire of conflicting egos and agendas once fame and fortune arrive. But there’s clarity with a solo career — one mastermind, one artistic vision, one persona-driven narrative to disseminate in the press. All that’s required is a willingness to go full piggyback on your possibly-soon-to-be ex-pals.

Here ends the Rock Bible lesson: Piggybacking is bad. Unless it works, in which case, avoid your guitar player. 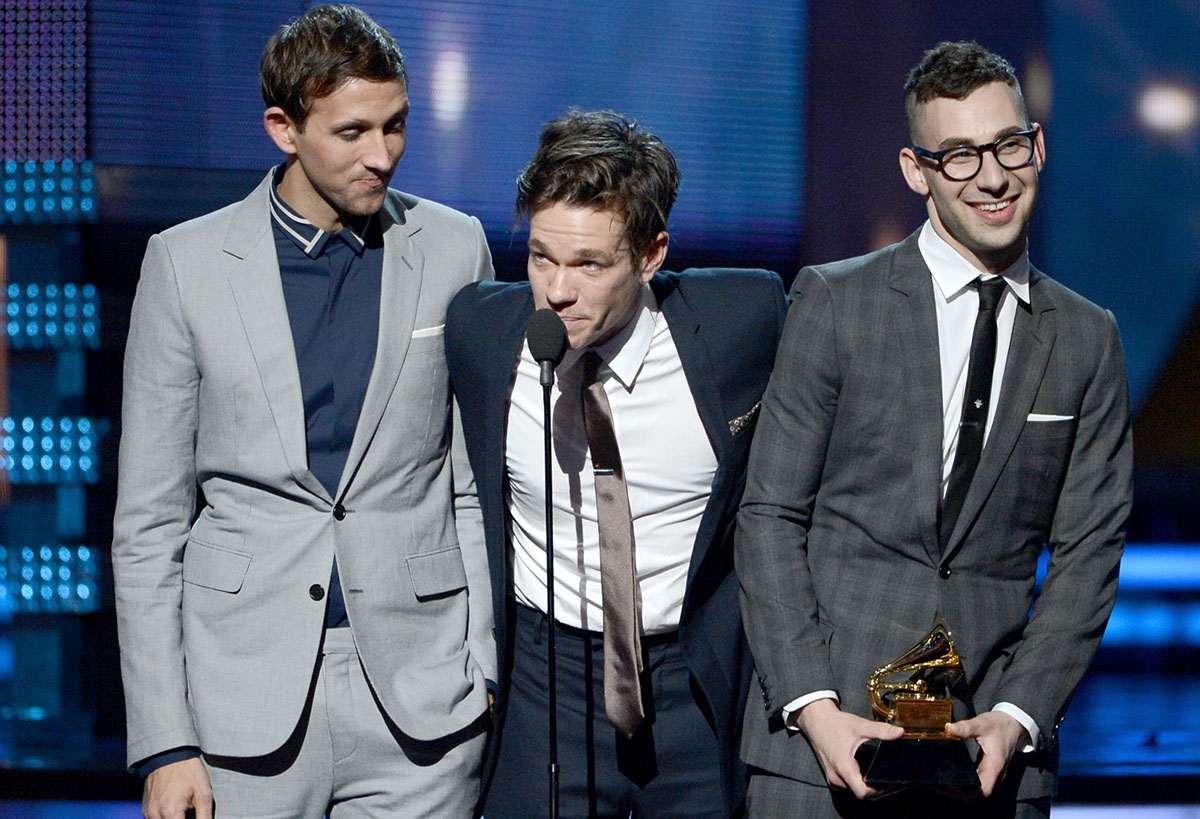 Kevin Winter/WireImage Andrew Dost, Nate Ruess, and Jack Antonoff of Fun. at the Grammys in 2013.

The latest case of piggybacking is Nate Ruess, best known as the singer in the mega-selling band Fun. Three years ago, Fun. released Some Nights, one of the defining pop albums of the decade, which spawned two top-five hits — “We Are Young” and the title track — sold more than 1.5 million copies, and garnered six Grammy nominations. Fun. is hardly a one-man show: It also features the talented guitarist, songwriter, and producer Jack Antonoff, who capitalized on the success of Some Nights to form his own side project, the relentlessly cheery indie pop group Bleachers. He also fostered a writing and producing collaboration with Taylor Swift, which led to two songs on 1989.

Antonoff’s extracurricular activities didn’t appear to put the follow-up to Some Nights on hold — as Ruess recently admitted to Rolling Stone, the members of Fun. (which also include multi-instrumentalist Andrew Dost) had squared their individual schedules in 2014 and booked time in the studio. Ruess even started working on songs for the album, including “Nothing Without Love,” a grandiose, shout-from-the-rafters power ballad for his new girlfriend. But then Ruess decided to keep them for himself, and made “Nothing Without Love” a central track on Grand Romantic, his new solo LP.

That’s not explicit piggybacking rhetoric — Ruess seems careful about sounding like he’s not piggybacking. But it sure seems like piggybacking to Antonoff and Dost, who, according to that Rolling Stone story, weren’t thrilled about Ruess hijacking their band’s next album for himself. (Grand Romantic, like Some Nights, was released by Fueled by Ramen; Antonoff’s debut as Bleachers, 2014’s Strange Desire, came out on RCA.)4

The actual LP won’t be any less disconcerting: The best parts of Grand Romantic sound very much like a Fun. record, while the weak spots would likely have benefited from some finessing by Ruess’s estranged colleagues.

Some Nights’s appeal hinged on Fun.’s ability to leaven an encyclopedic knowledge of rock history with a full-on embrace of modern pop production. Fun. could pull off an overt callback to the vocal harmonies of Queen’s “Bohemian Rhapsody” on Some Nights’s title track and integrate it into a more contemporary, My Beautiful Dark Twisted Fantasy-style framework for radio-friendly maximalism.

The freewheeling, all-eras-on-deck magpie aesthetic of Some Nights is retained on Grand Romantic — both records were produced by Jeff Bhasker, pop’s go-to engineer of soundscapes so outsize that they subsume the boundaries between rock, pop, and hip-hop.

On “AhHa,” Ruess layers “Some Nights,” Kanye West’s “All of the Lights,” and the Offspring’s “Self Esteem” in a prog-punk lasagna. It is both sweepingly inspirational and crassly derivative, a call to arms against self-defeating inner demons and another stab at omnipresence in movie trailers and computer ads. Near the end of the album comes “Harsh Light,” a revival of the ironic sloganeering of “We Are Young” that cannily transforms a needling chorus — “We’ve all got scars” — into a potential rallying cry suitable for the kinds of spaces that only a band like Fun. (or perhaps its suddenly unattached singer) can fill.

The cliché about solo albums is that they compel an artist to finally indulge his or her unrequited whims. But eclecticism is already baked into Fun.’s music — what’s left for Ruess to show off on Grand Romantic is the depth of his Rolodex. For “Take It Back,” a gently loping prairie blues that culminates in Ruess’s over-eager theater kid vocal histrionics, Jeff Tweedy makes a surprise appearance to lay down an impressively gnarled guitar solo. It’s both stunning and totally incongruous, like seeing Mark Kozelek suddenly pop up in a Maroon 5 video. But Ruess is angling for a seat at a more grown-up table. On the soft-rock lament “What This World Is Coming To,” he harmonizes with Beck: “I wanna spend each night here with you.” After the nightlife adventures of Some Nights, Grand Romantic comes on like a Netflix commercial.

Listening to Grand Romantic put me in a strange headspace — it made me feel new fondness for The Desired Effect, the likably goofy solo LP released last month by Brandon Flowers of the Killers. Unlike Ruess, who’s been cagey about the prospects of another Fun. album, Flowers seems eager to return to his day job, as long as the Killers get a “kick in the pants.” In the meantime, Flowers is content to chase his idiosyncratic cheese-rock fantasies. The Desired Effect overflows with brassy horn sections, gospel choirs, and plastic-coated synths — it sounds like something Bono might’ve cooked up with Jimmy Iovine had he decided to go solo in 1989 after bingeing on Steve Winwood’s Back in the High Life. Best of all, it’s nothing like the Killers. The Desired Effect seems like a prefabricated curio, a riff on all the LSD-induced solo projects from the ’80s. Flowers isn’t piggybacking — he’s on his own strange, Michelob-fueled trip.

Grand Romantic might’ve made more sense as a personal statement if Ruess had downsized a little, perhaps by emulating early-’70s Paul McCartney and recording a bunch of half-formed doodles on a four-track for his Lovely Linda. But Ruess, at heart, remains a pop showman. So for every earnest, hopelessly gushing ballad like “Moment,” there’s cloying radio bait like “You Light My Fire,” which starts off with a gauche Doors reference and takes an even more grating turn toward Smash Mouth at its Shrek-iest. It makes you wonder whether Ruess’s talents are ideally suited for a confessional singer-songwriter record. Grand Romantic supposedly represents Ruess’s newfound sense of self, but it actually drives home a truth that he may not be ready to accept yet — Nate Ruess really needs his band.