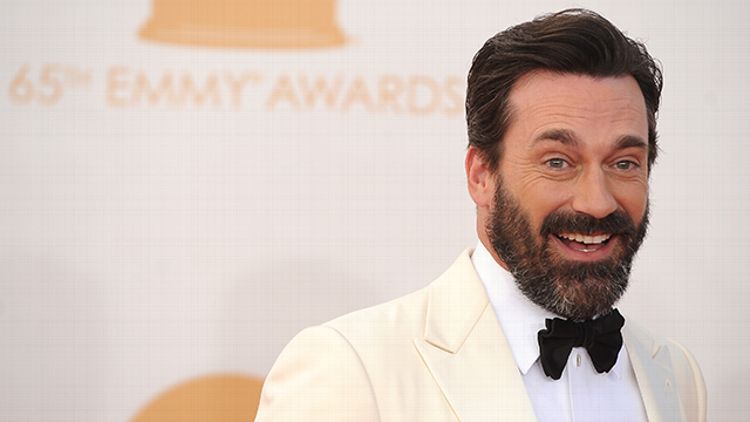 If you weren’t distracted by the always-gruff texture of Alec Baldwin’s voice at the Emmys, coupled with him calling his 30 Rock character “Dack Donaghy,” you may have noticed an alien tint to Jon Hamm’s typically lustrous voice. Well, that was an actual alien. An alien called a polyp, which is not a thing you want to investigate on Wikipedia first thing in the morning, unless you’re braced for some high school health class–style imagery you can’t unsee.

“When he recently — and allegedly — coughed up blood, that’s when he decided to finally get it checked out,” read Life & Style‘s early report, alarm intact. O Hamm, my Hamm! “Vocal cord polyps are known to be a common condition among people who often use their voices — such as actors,” writes Helpful HuffPo. (Others who often use their voices include but are not limited to: singers, sales associates, Olympic gymnasts, zookeepers, grandparents.) “Vocal cord polyps can best be thought of as ‘blisters’ on the vocal cords — they are part of a group of noncancerous lesions, known as vocal cord lesions.” Adele and Keith Urban both recently sent their own personal Randy Quaids ( … doctors) into their own personal Independence Day motherships ( … throats) and emerged victorious against the malevolent polyps.

Hamm’s alien is non-cancerous and will be removed next week. “He’s having a single polyp removed from his throat,” Hamm’s rep tells the New York Daily News, saying the surgery will be a “routine outpatient procedure.” Translation: Relax, y’all. It’s not like the dude’s having his beard removed.

(PS: If you ever need a reason to try defending the National Enquirer‘s honor and credibility and you’ve run out of John Edwards cards, the paper ran this Hamm story as a dubious-seeming exclusive a few weeks ago. Hamm “FREAKED out,” said “THE source”!!!)