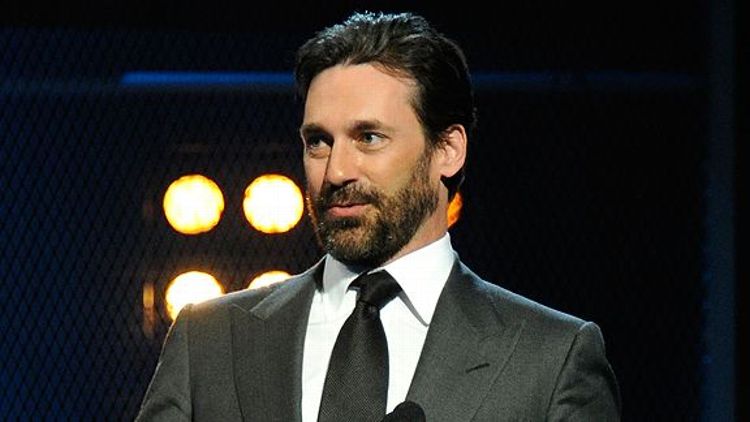 When a television show is a hit, it’s only natural for its stars to begin branching out into other media. But when that show happens to be a critical hit more than a commercial one, it becomes (wait for it) critically important for the stars to diversify and prove their worth to a potentially skeptical wider audience. Such is the case with Mad Men and, with the show currently on a hiatus that’s lasted longer than some of Roger Sterling’s marriages, the career choices made by the various castaways from Sterling Cooper Draper Pryce have been instructive.

The majority of them, not surprisingly, have stuck to the horse Studebaker that brung ‘em, taking roles that wouldn’t seem wildly out of place on Madison Avenue in the 1960s. While Elisabeth Moss has profited from her innately Peggy-like combination of good-girl gumption and suprising sexuality (Get Him to the Greek, marrying and divorcing Fred Armisen), January Jones has continued to play glassy ice-queens (some more literal than others) and leave people desperately confused as to whether she’s a good or bad actress. Christina Hendricks has a promising role in the upcoming Drive playing, what else, an alluring Other Woman. And just this weekend we got our first glimpse of Vincent Kartheiser in In Time, a sci-fi flick in which he’ll continue his lifelong master class in the portrayal of simpering dicks. Aaron Staton, who is notable for being square-jawed and dull on Mad Men, was notable for precisely the same reasons in his recent star turn in the hit videogame L.A. Noire. And even Jared Harris — known as the priggish, yet surprisingly canny British interloper Lane Pryce — is making hay as the priggish, murderously canny British supervillain Moriarity in the new Sherlock Holmes movie. No one, of course, has maximized his mojo more than John Slattery. The sly silver fox has managed to play variations on his charmingly entitled Mad Men persona in projects as diverse as Iron Man 2 (Papa Roger Sterling), The Adjustment Bureau (Heavenly Roger Sterling) and a series of high-end car commercials (Baller Roger Sterling).

All of which brings us to the smartest player in the bunch, star Jon Hamm. Pefectly cast as Don Draper thanks to his Superman jawline, smoldering intensity, and surprising emotional depth, Hamm has spent every waking moment not on set gleefully smashing his leading-man aura to bits. Whether he’s shirtless, blowing a mean saxophone on Saturday Night Live, playing a profoundly dumb doctor with hooks for hands on 30 Rock, or blissfully (and acrobatically) hate-fucking Kristen Wiig in the opening moments of Bridesmaids, Hamm makes it a priority both to appear as ridiculous as possible and to appear to be having the time of his life in the process. Hamm’s tour of self-uglification continued today when it was announced he’d be joining the culty IFC sitcom The Increasingly Poor Decisions of Todd Margaret for its second season, alongside another ham who does wonders playing off his looks, Will Arnett.

While some may lament Hamm’s apparent lack of interest in bringing even the slightest sliver of Don Draper to the big screen, we think it’s a wise move. So much of the character depends on the show itself — the mood, the lighting, the dialogue, the plaid. For a glimpse of how quickly Hamm’s he-man charisma can dissolve into blandness one needs only to Netflix The Town. By consistently choosing to play against type and ducking the paycheck typecasting of his peers, Hamm is cleverly extending both his brand and his career — not to mention carefully distracting Hollywood from remembering just what it wasn’t they didn’t see in him for the first fifteen years of his career. No, the world of comedy is a more surprising and comfortable fit for the former recurring guest star on What About Brian — one guaranteed to be waiting there for him long after Mad Men has vanished from the air waves in a haze of sideburns and mud-brown carpeting.