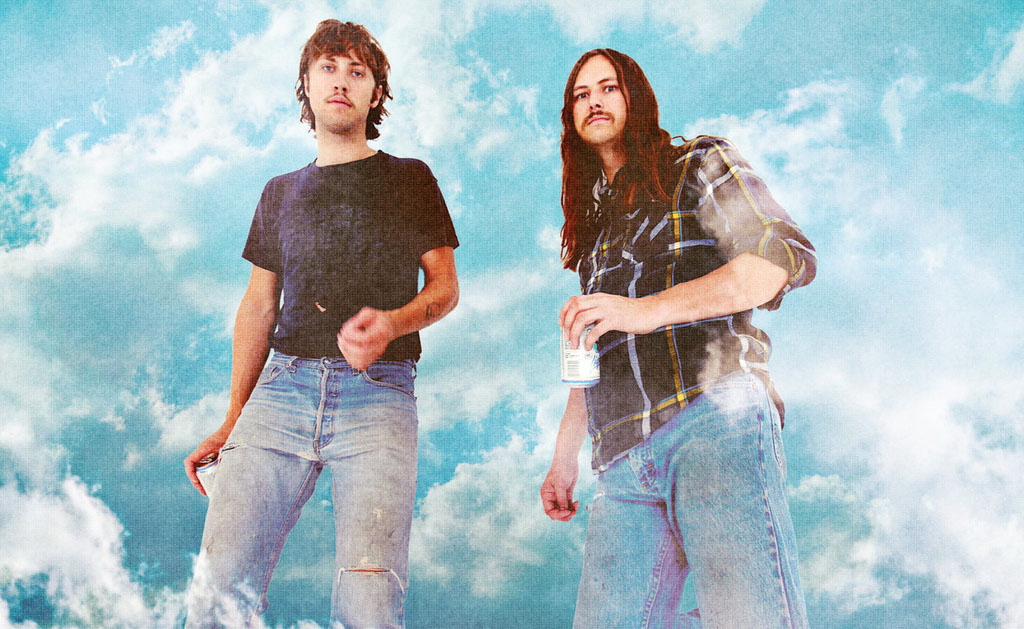 In January, I received an email from Warner Bros. Records announcing the release of Wasted on the Dream, the new LP by Nashville fuzz-rock duo JEFF the Brotherhood. I was psyched. Composed of brothers Jake and Jamin Orrall, JEFF the Brotherhood specializes in hooky parking-lot jams that cut booming power chords with sweetly cooed whoa-oh-ohs in the choruses. The band’s best albums — 2009’s Heavy Days and 2011’s We Are the Champions — are basically an even split between Black Sabbath and “Blue Album”–era Weezer. Music that feels like washing your car in the driveway on the first warm day of spring seemed awfully appealing when that press release arrived in the dead of winter. I immediately contacted the publicist and asked for a promotional copy.

I didn’t hear anything for a month. Then I got this email from a different publicist affiliated with a significantly smaller record label:

We, JEFF The Brotherhood, are SO FUCKING PLEASED to announce that we have been DROPPED from the clutches of the demented vulture that is Warner Bros! We feel as though a heavy weight has been lifted from our shoulders, and could not be more excited.

As for our album, “Wasted on the Dream”, it is finally coming out March 24th on Infinity Cat Recordings – our spiritual, as well as literal home.

It was a very strange experience working with WBR. Luckily, we help to run an indie label that has its shit together more than the big guys, and the announcement comes today from Infinity Cat. The records are pressed, and we are poised and ready!

It’s true what you’ve heard, the era of the major label is over, we have seen it firsthand. Upwards and onwards!

I was confused. Warner Bros. hadn’t rejected Wasted on the Dream on artistic or commercial grounds — the label had already commenced the process of promoting it. But now that its parent company, Warner Music Group, had apparently decided at the last minute not to put out the record, JEFF the Brotherhood seemingly had free rein to release it on the indie label the Orralls had founded as teenagers, Infinity Cat, without any resistance from the corporation that paid for it. As swiftly as JEFF the Brotherhood’s relationship with Warner Music had ended, the Orralls were just as suddenly gifted a free major-label album. (Subsequent emails sent to a Warner Bros. publicist inquiring about an explanation were not answered.)

When I phoned Jamin Orrall last month at his home in Nashville, he was still trying to make sense of it all. He and Jake hadn’t heard they were getting axed from Warner Music through any official channels. It was only when a video shoot was put on hold that they learned that something was amiss.

“They had already sold preorders. It was bizarre,” Jamin, 26, said. “I think it boils down to just somebody higher up just crossing us off a list. It wasn’t the people we were working with, because they were all super excited about the record. I think it was someone up top didn’t get it or didn’t want to spend the money.”

What makes this story even more strange is that Wasted on the Dream isn’t an arty, experimental, Yankee Hotel Foxtrot–type move. On the contrary, it’s JEFF the Brotherhood’s most polished and accessible album yet. Coproduced by the band with Joe Chiccarelli — he’s worked with U2, the White Stripes, the Killers, and My Morning Jacket, among many others — Wasted on the Dream tempers the band’s usual “beer, mustaches, and high fives” stoner-pop formula with tight song structures and the occasional unexpectedly elegant flourish, like the flute wailing throughout the vison-questing single “Black Cherry Pie.” It’s hard not to like the mix of discipline and gung-ho, Aqualung-guided free-spiritedness on display. Dream represents a grand stab at the sort of mass-appeal rock record that major labels once churned out with regularity, and guys like Jake and Jamin “were stoked about in middle school and high school.”

“We always wanted to make big, huge rock albums,” Jamin said. “Like stuff we grew up listening to — Smashing Pumpkins and Nirvana and Rage Against the Machine, stuff like that. I don’t think there’s a lot of stuff like that around anymore. That was a big reason why we wanted to sign with Warner Bros. They could help us get to that place.”

Warner Music has helped countless other bands get to that place, from Metallica to Nine Inch Nails to Nickelback to Muse. The company has also been loyal to indie acts like Built to Spill (whose forthcoming LP, Never Be the Same, comes out via Warner Bros. in April) that have never been huge sellers. Whatever dollars are still to be made from the selling of recorded rock music in 2015, Warner is positioned to grab a sizable share. You’d think a guitar-and-drums two-piece wouldn’t take up too much space at the trough. And yet Wasted on the Dream, an homage to the radio rock that once propped up companies like WMG, was discarded anyway.

Jamin might be young, but he’s already a rock-and-roll lifer. The Orralls founded JEFF the Brotherhood in 2001, not long after they entered puberty. Jamin was in the midst of his Siamese Dream phase in middle school when JTB made its first record, I Like You, in 2002. Jake and Jamin were born into the music business — their dad, Robert Ellis Orrall, is a successful country singer, songwriter, and producer whose credits include coproducing Taylor Swift’s self-titled debut — but they didn’t take JEFF the Brotherhood seriously until Heavy Days, a pop-punk stunner that filters Daydream Nation through the lens of bargain-basement arena rock.

“That was the first time we were like, Whoa, we think we did something good that people will like, so let’s see if we can get it out there,” Jamin said. “We pressed, like, 500 or 1,000 copies. We both quit our jobs, and we both moved out of our houses where we were paying rent. We put most of our stuff in storage, and I think we said we’d give it a year of just going for it, touring and stuff, and see if we were surviving. It just kind of went from there.”

The Orralls were sustaining themselves just fine when Warner Bros. came calling before they made We Are the Champions. But they were ambitious, and signing with a major label was a way to transcend the usual small stakes of being just another hard-touring indie-rock band.

“It was like, How can we take this to a bigger place? We wanted to be a popular band,” Jamin said. “We wanted as many people to hear our music as possible.”

For a while, the marriage worked: 2012’s Hypnotic Nights was produced by Dan Auerbach of the Black Keys and promoted with a day-of-release performance on the Late Show With David Letterman. All the while, JTB still had the freedom to release non-LP singles on Infinity Cat and other labels. It was an ideal situation — the conveniences of a major label (improved distribution and promotion) and none of the hassles. Life was all tokes without any coughing.

“It was actually awesome the whole time we were there,” Jamin said. “They helped us out a lot and we made two good records. We felt like they liked us. I guess the only thing that you could say was a warning sign was how many people came and went. There were new people every month, so it was like, What’s really going on here? If you have 10 people leaving and coming every few months, [that’s] a lot of turnover in the company.”

Given the bridge-burning that’s accompanied Wasted on the Dream, it’s clear that the Orralls are stung by the callousness of their former benefactors. But they’re also grateful that Dream isn’t sitting in a vault somewhere, collecting dust. While Jamin credits their “awesome” lawyer for helping get the record back from Warner Bros., he also suspects “there were some people at the label that were pulling for us, that helped make that happen.” Either way, the ordeal hasn’t dimmed JEFF the Brotherhood’s perpetual party-hearty outlook.

“We don’t owe them any money and we don’t owe them the record,” Jamin said. “It was a terrible few days until we found out we were getting [Wasted on the Dream] back. Now I think we’re way better off, and we’re really excited about it.”

Filed Under: Music, Jeff the Brotherhood, Warner Bros., Wasted on the Dream

‘Do You Like Prince Movies?’ Podcast: Talking Ethnic Casting and Kendrick Lamar