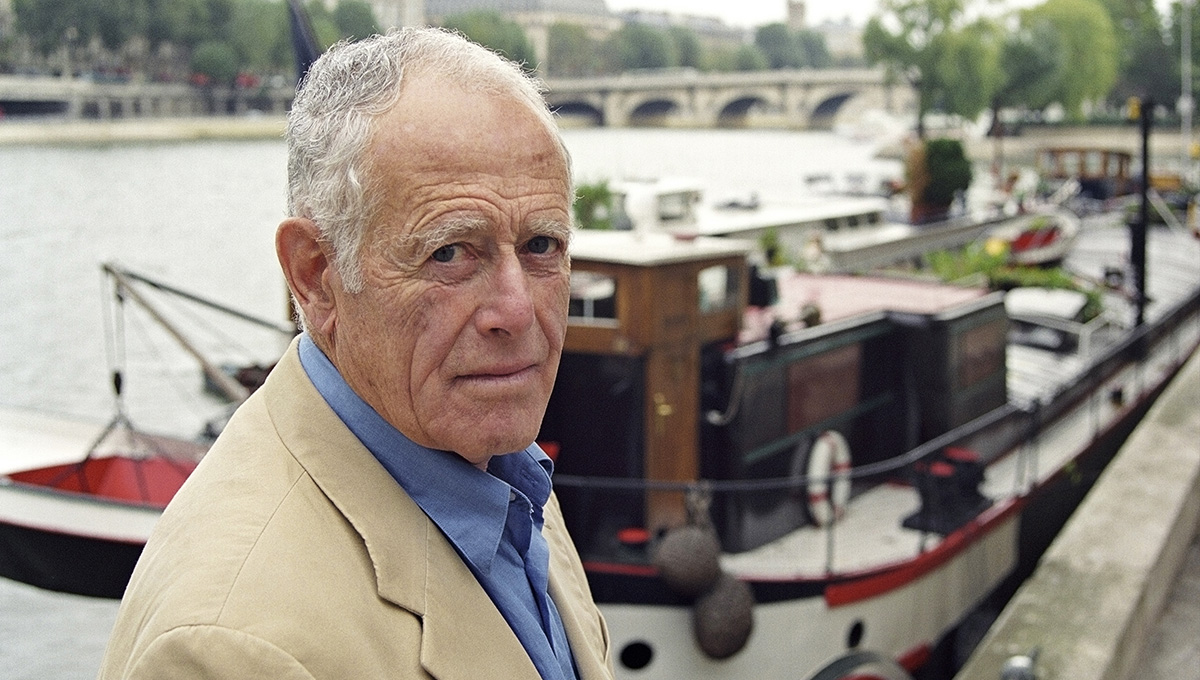 Her body awakened, she was suddenly aware that within it, as if existing by themselves, there were deep feelings of strength. When it was extended, hung upside down, when the muscles beneath were warmed and loose, when she felt like a young runner, she realized how much she could love this body, this vessel which would one day betray her — no, she did not believe that; the opposite, in fact. There were times she felt its immortality: on cool mornings, summer nights alone lying naked on top of the covers, in baths, while dressing, before love, in the sea, when limb-weary and ready to sleep.

When he undressed at night, he was like a diplomat or judge. A white body, gentle and powerless, emerged from his clothes, his position in the world lay tumbled on the floor, fallen from his ankles; he was clement, he was froglike, a touch of melancholy in his smile.
—Light Years

He craved glamour, fame, the curve of a woman’s hip, the dark smell of a fighter plane parked in the morning mist. He used words like hero without self-consciousness, and also noble and love. He was frightened of forgetting and of being forgotten. But everything would be forgotten; he was no different. And so he wrote it all down, in notes that he turned into novels. He pillaged his experiences and the lives of others; he took conversations, crises, gestures, arguments, perfumes — everything — and made them half-accurate. He fractured stories into vying viewpoints. What he was after, he liked to say, was truth.

James Salter, who died on Friday, was known for being unknown and for writing exquisite sentences. By the end of his life — by the time The New Yorker profiled him, by the time Vintage reissued his books and the honors poured in — he had turned his reputation as an underrated author (or, as the critic James Wolcott put it, an “underrated underrated author”) into a kind of legend. He talked about it openly: He wanted sales, he wanted to be famous, he wanted to be more than loved. Instead they talked about his sentences. Such slender reeds, sentences are.

There it was, his truth. Strength and weakness, power and powerlessness. Nedra’s coiled strength; Viri’s froglike body, his melancholy smile. He wrote about people falling in love and out of it; every individual was the king or queen of her own crumbling empire. He turned lives, including his own, into small tragedies, failed protests against obscurity.

He called his memoir Burning the Days. What remains now that his days are done? The Hunters, A Sport and a Pastime, Light Years, Dusk & Other Stories, All That Is, and many others; essays about food and travel and skiing; novels about rock climbers; screenplays.

“He wanted immortality, of course, ‘What else is there?’” Salter wrote of Irwin Shaw. “Life passes into pages if it passes into anything else, and his had been written.”

He was born in Passaic, New Jersey, in 1925, and grew up in New York; his name was James Horowitz. He used a pen name when he published The Hunters, which drew heavily on his experience flying jets in the Korean War, where he flew more than a hundred missions. Then he decided that Salter suited him. James Horowitz was Jewish, from New York. James Salter lived in Bridgehampton and Aspen, had stints in Paris, married, divorced, slept with actresses, had children and lost one, married again, skied into his old age. He fashioned himself as a kind of pagan aristocrat, concerned with purity, excellence, bravery, heroism. He celebrated the body, cultivated an eroticism that was passionately cool. His language was sacerdotal, intimate, almost archaic.

He was not merely a stylist. But the language did matter. He once called himself a “frotteur,” saying he liked to rub words between his fingers. His language is a thing in itself, something with shape and weight and heft and power. He wrote for the ear, not the eye, in lines that are long and unspooling or short and taut as bowstrings. By themselves, his sentences are often unlovely, spare, evasive; they are water where the light hits and blinds you to depths. It is in their quiet accumulation, the way they weave together, that they become transparent, graceful, and devastating.

I started reading James Salter in high school. I began with A Sport and a Pastime, as one does, and went from there; I still haven’t stopped. His lines have left their hooks in me. No other writer has guided me more.

This is, and has always been, a little embarrassing. There is something not so faintly ridiculous about a man who writes: “the great and the small are joined, the beautiful lives, the other dies, and all is foolish except honor, love, and what little is known by the heart.” Salter’s brand of elitism is irresponsible and easily dangerous; it is a kind of apolitical ideology that, in celebrating the best of humanity, attracts the very worst of mankind.

Salter is the kind of writer who asks why soldiers are willing to die but does not ask the whys of war. His worldview is urgently moral, but it is a morality interested in aesthetics instead of ethics. His characters are often casually cruel. Even his incessant refrain about the lack of recognition, which has so come to dominate the way that he is viewed, could seem more like a pose than an animating concern. Immortality? His books have no negotiation of principles, no critique, no awareness of history or politics. They can be selfish, deeply selfish. In place of grace, there is no sense of justice. There is only desire.

And yet, when I read Salter, I run my fingers through the water; I feel alive.

Last week, I finished reading the memoir of another great writer and flier, Antoine de Saint-Exupéry.1 Published in France in 1939, Wind, Sand & Stars recounts Saint-Exupéry’s years as a mail carrier, back in the days when motors routinely dropped out of planes and pilots flew out of clouds and into mountainsides. It is a marvelous, vital, tender book.

Near the end, Saint-Exupéry turns from his adventures to a meditation on art, the individual, and human relations. “Death is sweet when it comes in its time and in its place, when it is part of the order of things, when the old peasant of Provence, at the end of his reign, remits into the hands of his own sons his parcel of goats and olive-trees in order that they in their turn transmit them to their sons,” he writes. “When one is part of a peasant lineage, one’s death is only half a death. Each life in turn bursts like a pod and sends forth its seed.”

I thought of those lines when I heard of Salter’s death, and I thought of something Salter had written to me. As it happens, my grandfather published The Hunters; he was Salter’s first editor. “Evan was absolutely the only connection I had, the only person I knew in publishing,” Salter once wrote to me. Each life in turn bursts like a pod and sends forth its seed. His note to me was a gift. Yes, I thought, I can be a writer.

The last line of his email was, “I hope you’ll consider writing my obituary.”