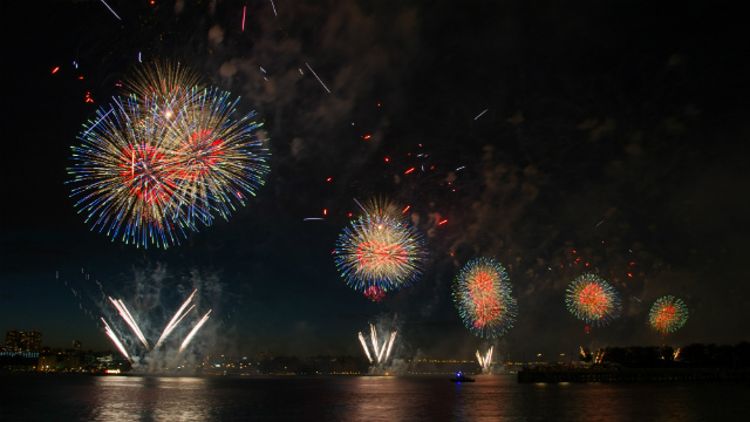 It’s the Fourth of July! A time when we can all reflect on the glories of our country, free from the rigors of work and the hectoring soliloquies of Aaron Sorkin. Even the snarky steam-fitters of the Hollywood Prospectus blog have a couple days off to catch up on episodes of Pretty Little Liars and update their showrunner slam books (Hate U, Veena!). As for the Hollywood Prospectus podcast, it will return on Friday, feted with fireworks and fatted with assorted grilled meats.

But it just wouldn’t be right to leave you, as the great prophet Timbaland once said, without a dope beat to step to. So, in that spirit, we proudly offer up some Spotify playlists, perfect for outdoor cookery or indoor living. In their own idiosyncratic ways, these more-or-less mixtapes were artfully designed to get you from the first, frozen fumblings of the hot dog wrapper straight through to the ill-advised fifth beer and the inevitable accidental cannonball into the inflatable kiddie pool. (As for the sunburn hangover, you people are on your own.)

First up is the work of Amos Barshad, official groundskeeper of the Theodore Unit, with his playlist “Kinder SURPRISE.”

Take it away, Amos:

This playlist was 100 percent inspired by the Wikipedia entry for the infamous, illegal-in-the-U.S. chocolate-egg-with-toy-inside Kinder Surprise, which I happened to be reading yesterday, and which includes this passage: “In Europe they have become a minor cult phenomenon among adults. There is even a thriving collector’s market for the toys … there are many types of toys available, but some of the most popular with collectors include the ever-changing series of small hand-painted figures, which are said to be in every seventh egg.” God bless those people, and god bless the Kinder Surprise.

Then we have “ID4 Will Smith America” from True Belieber Rembert Browne:

This playlist (which will grow throughout the summer) is dedicated to America because she loves me and I love her back. Also, “Candy” by Mandy Moore into “Shine Blockas” by Big Boi and Gucci Mane is the most patriotic of transitions.

Finally, I humbly submit “Bursting in Air.” I think my hypeman John Cheever can describe it best:

May your holiday be warm, wild, and full of excessive claret.