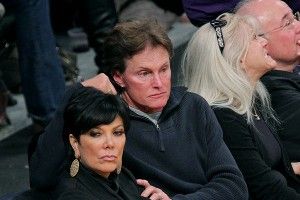 Kim is the one with the ass that launched a thousand ships and a couple of Kanye songs. Khloe is the one with a human soul. Kourtney is the other one. Kylie and Kendall are the ones most likely to sit at the right hand of Randall Flagg in Vegas following a world-devastating pandemic. Rob is the one who is not a factor. But at the end of the day, the true protagonist of E!’s Keeping Up With the Kardashians is Kris Jenner, the brilliant and ruthless CEO/matriarch/puppetmistress/alleged sex-tape distro-deal broker of the Calabasas Kennedys, a family-focused-yet-consequence-blind cable antihero as compellingly loathsome as Walter White, self-described in her Twitter bio as a “MOM, MANAGER, MOMAGER, LOVER OF LIFE, LOVER OF CHRIST.” In case you missed it, that’s Jesus in fifth place, behind “Momager,” a made-up word that is now a registered trademark of Jenner Communications Inc. — and I’m not a religious man, but I’m reasonably sure that loving Christ means not giving the King of Kings the same billing in your Twitter bio that Rick Moranis got on the poster for Ghostbusters.

At any rate: She and her husband, Olympian turned plastic surgery disaster Bruce Jenner, are totally getting a divorce. Or they totally aren’t. I’m skeptical about the first story because it comes from the National Enquirer, which seems to announce the collapse of the Jenners’ matrimonial bond once a year just in case it turns out to be true; I’m skeptical about the second story because it comes from E! News, which means the “family source” quoted is probably Kris Jenner screaming at Ryan Seacrest to shut this shit down or she will end him.

During the most recent season of Keeping Up With the Kardashians, Kris Jenner had drinks with Todd Waterman, the former pro soccer player with whom she cheated on her late husband Robert Kardashian, and then acted real shady about it; we also saw Bruce golfing flirtatiously with Angie Everhart in an attempt to make Kris jealous. But the show isn’t a reliable source of information about what’s actually happening in and around the Kardashians’ Calabasas stronghold. It’s a semi-improvised fictional construct staged against the backdrop of real life. It’s possible these story lines happened because they happened, but it’s also possible that they happened in order to set up the episode in which Kris Jenner, insisting that nothing untoward went on with Waterman, volunteers to take a polygraph test and passes. In other words, maybe the show has already captured the beginning of the end of the Jenner marriage. Or maybe all we’ve seen is a couple of completely made-up subplots designed to boost ratings by making us think the end is near. Or maybe the end really is near and Kris Jenner decided to hide the issues in plain sight by putting them on her family’s TV show that everyone assumes is fake. I don’t know. Thinking about this stuff turns me into Wallace Shawn in The Princess Bride: I spend a long time second-guessing and third-guessing people’s motivations and eventually I end up drinking poison.