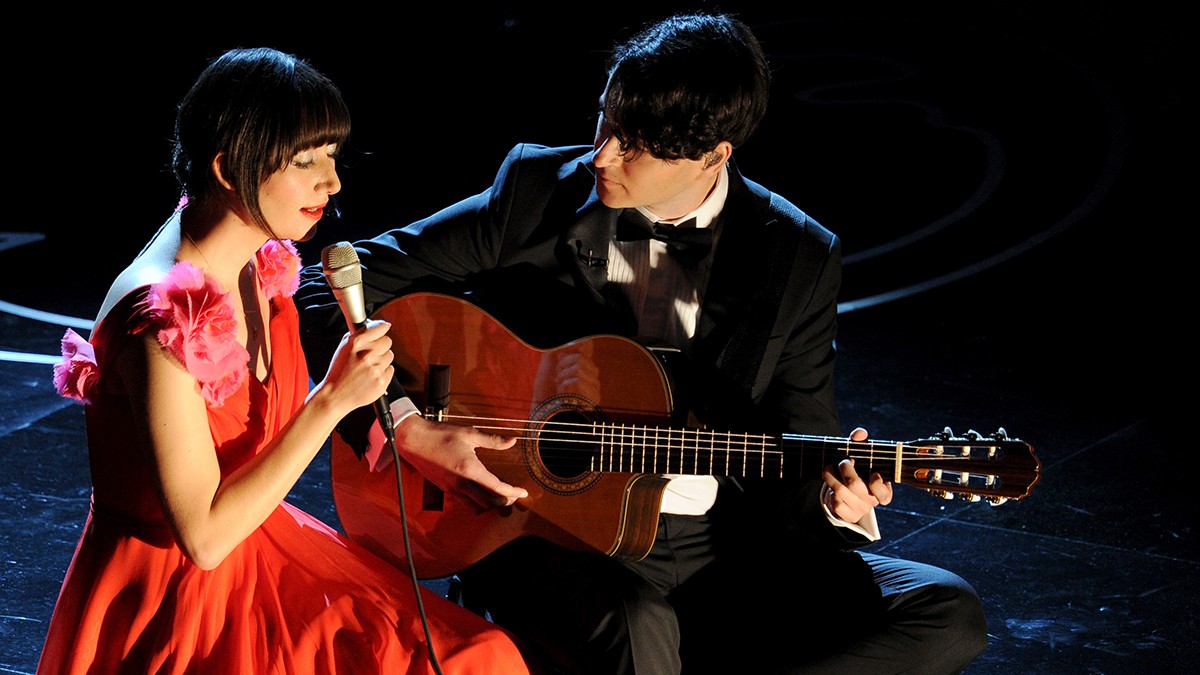 The reality of music writing in 2014 is that the most-read articles are often about albums that were released many years ago. The exact number of years doesn’t matter — it just needs to be an integer that can be cleanly divided by five, marking the anniversary of a release date. Outside of those qualifications, the possibilities for content generation are endless.

Music fans are bigamists — we are married to many records, and we constantly feel compelled to hand out flowers and boxes of chocolates to our own collections. But this process is about more than just revisiting familiar songs: It involves confronting that terrifying reality known as the passage of time in a relatively non-terrifying manner. Inevitably, an innocuous post about an ancient album will cause some readers to register shock at their advanced ages. “You want to feel old? Weezer’s ‘Blue Album’ just turned 20!” Yes, and you are now 40. Weezer’s “Blue Album” is like a fetus compared with your wrinkly carcass. Soon, you’ll be dead, but “Say It Ain’t So” will still be rocking “Totally ’90s!” radio stations.

Personally, media-generated album-anniversary stories don’t make me feel decrepit. What makes me feel decrepit is when a band I associate with a specific period in my life releases a new album. An old record can act as a reminder of a version of yourself that no longer exists; a new record by a band you liked when you were younger serves as proof that your old self is very far removed from your current self, and that the resulting gulf may in fact be too wide to ever cross.

Take Interpol, and its new album El Pintor. If you are old like me — I mean older than 25, but not quite as old as 45 — you will associate Interpol with the wave of hip, young, turn-of-the-millennium postpunk bands from New York City, a class that also includes the Strokes, Yeah Yeah Yeahs, and TV on the Radio. These groups diverged musically but were united in several crucial ways by how they were presented. They all knowingly embodied the archetypes of cool New York City rock dating from the late ’70s. They all arrived fully formed, defining themselves completely on their debut albums, which made their subsequent work — even when it was good, or even great — redundant. They all dressed extremely well. They were all touted as “saviors” of contemporary music by rock critics. In retrospect, this proved to not be the case, and later they all were diminished for not having changed the world after all. 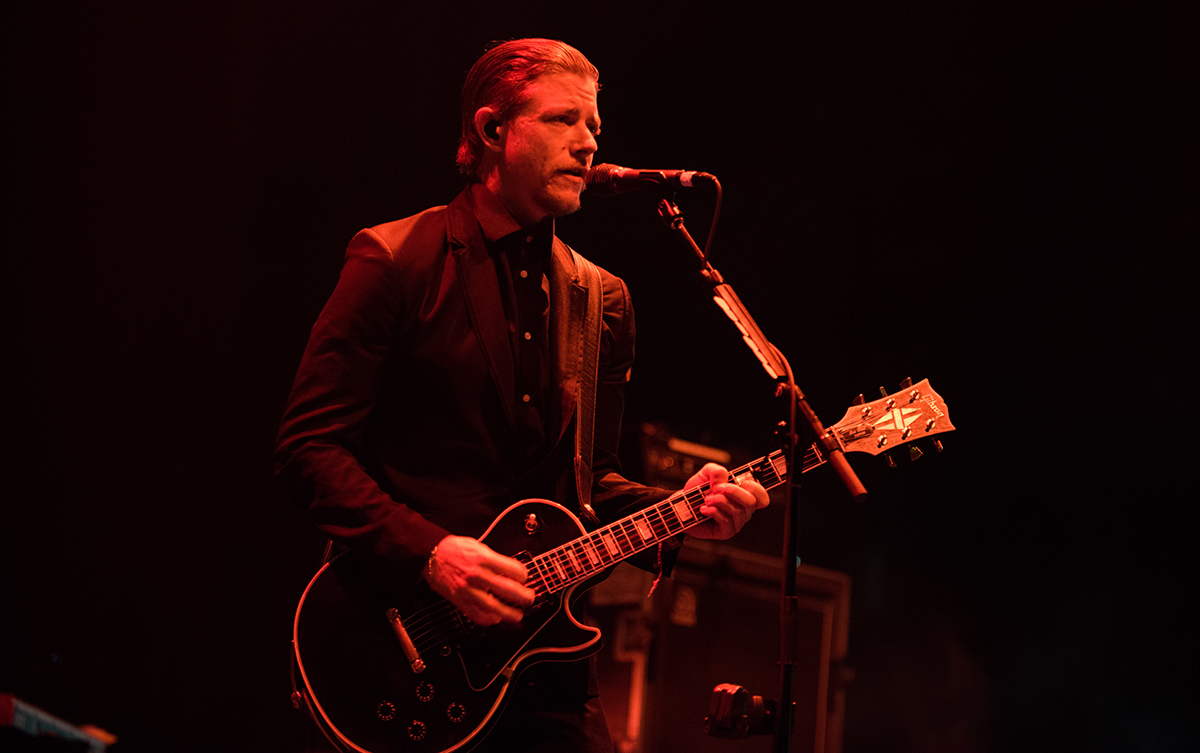 This, of course, is unfair. These bands were ultimately victims of larger shifts in mass media that coincided with their rise. If Interpol is remembered as a once promising band that couldn’t cash the enormous checks written by the rapturous hype that greeted its 2002 debut, Turn on the Bright Lights, perhaps the blame should sit with the hype-makers and not the band. Unfortunately, many of the hype-makers are either out of business or in the process of being dismantled, so Interpol and its peers are what we’re left with.

What the early-’00s NYC bands exposed was the obsolescence of an old narrative that was elemental to the music press, about how every five to seven years a new “movement” comes along to replace an established order. It went like this: Punk “killed” dinosaur rock, grunge displaced hair metal, and now the New York bands were going to sweep out nu-metal, post-grunge, and the decaying remains of alternative music. That was the thinking at the time, anyway. The truth of the post–mass media world is that nothing ever really replaces anything now; rather, consumers keep what they like going forever, effectively inventing their own media contexts.

“It’s like a culture without the effort of all the culture” was how James Murphy put it, just two years after Turn on the Bright Lights. In the short term, this development crushed Interpol’s legacy. But over the long haul, it is precisely what makes a record like El Pintor possible.

I like El Pintor, just as I liked Turn on the Bright Lights a dozen years ago. I find that El Pintor works just fine under a very narrow set of circumstances. Interpol isn’t the same band it was; Carlos D, the bassist and Interpol’s most charismatic member, departed after 2010’s Interpol, an album I definitely own and have possibly listened to more than twice.1 But El Pintor sounds exactly like the Interpol I remember from 2002. This record is more 2002 than a joke about Michael Jackson holding his baby over a hotel room balcony. El Pintor evokes the past so vividly that Interpol must’ve consciously set out to essentially re-create its first record on purpose. Bands never admit to doing this, because nostalgia-humping is generally considered to be an artistic sin. But if you’re still interested in hearing new Interpol music at this point, I suspect you want that music to sound like El Pintor.

If you know anything at all about Interpol, you can guess what El Pintor sounds like: one long, 40-minute song parceled into 10 individual tracks. I especially enjoy “Anywhere,” “Same Town, New Story,” and “Tidal Wave,” but really, the entire thing sounds like the Cure on cruise control while high on Percocet and lounging in the back of a luxury sedan. The bass lines murmur with the deftness of Adam Clayton’s heart palpitations, and the guitars sound like melodic car alarms. And the lyrics read like a mix of Esperanto, morose code, and extraterrestrial captcha. From “All the Rage Back Home”: “When she wept that love come over my head about / Oh, the feelings / And she wept, hold me again, I made no sound / Oh, the beating.” (Or something close.) Decipher that, and you are free to download this zip file of Antics outtakes.

When I play El Pintor, the same thing always occurs. I zone out, and when I zone out I can feel traces of that bruised but resilient sort of ineffable hope emblematic of youth culture in the wake of 9/11. I experience the feelings that coincided with blasting “Obstacle 1” before heading out to the bars to obliterate my consciousness. (I headed out to the bars a lot back then, so I listened to “Obstacle 1” a lot back then, too.) For a moment, I am not 37. My self-imposed context is complete. Then my kid starts crying, and El Pintor evaporates instantly.

Karen O of Yeah Yeah Yeahs also has a new record out, and you can play it at a high volume and never wake up a napping toddler. It’s called Crush Songs, and while it was originally recorded in 2007, it has been described as a “new chapter” for her career. In a way, every record Karen O has made has been a new chapter. She’s always been a dilettante, guiding Yeah Yeah Yeahs through a myriad of guises, from confrontational punk to synth-driven glam to introspective goth. On Crush Songs, she is in confessional, lo-fi, singer-songwriter mode. “Love’s a fucking bitch,” she insists on “Rapt,” affecting a theatrical crack in her voice. “I like the man, I love the beast,” she warbles on “Beast,” a psychosexual torch song that quietly seethes like Chan Marshall with a snappier wardrobe. Presented as a set of hushed secrets and intimate doodles, Crush Songs requires a certain transparency, but Karen O tellingly uses the sad-bastard format as subterfuge; the tape hiss, off-key vocals, and wobbly guitar lines reveal little beyond their own superficial raggedness.

Professionally speaking, Karen O is in an uncertain but auspicious place: Yeah Yeah Yeahs completed their record contract with 2013’s so-so Mosquito, and she’s been making gestures toward establishing a solo identity, writing a rock opera, Stop the Virgens, that debuted in 2011 and, more notably, contributing an Oscar-nominated track, “The Moon Song,” to Spike Jonze’s Her. A whispery, self-conscious sigh of romantic preciousness not far removed from the starkness of Crush Songs, “The Moon Song” was performed by Karen O at the Academy Awards in tandem with Ezra Koenig of Vampire Weekend, exhibiting her ability to reach beyond her peer group in a way that seems impossible for her frozen-in-aughts counterparts in Interpol.

But if Karen O’s career does get a second act, she’ll have to do better than the slight Crush Songs. The emaciated musical trappings might be intended to communicate emotional honesty, but the record mostly just seems tentative and undercooked. Which is a shame because there are some potentially good songs here: “Ooo” has the makings of a stunningly mournful doo-wop ballad, and the percussion track that hits like billiard balls on “Visits” could be a chilling foundation for something that’s been fully realized, rather than hastily sketched. 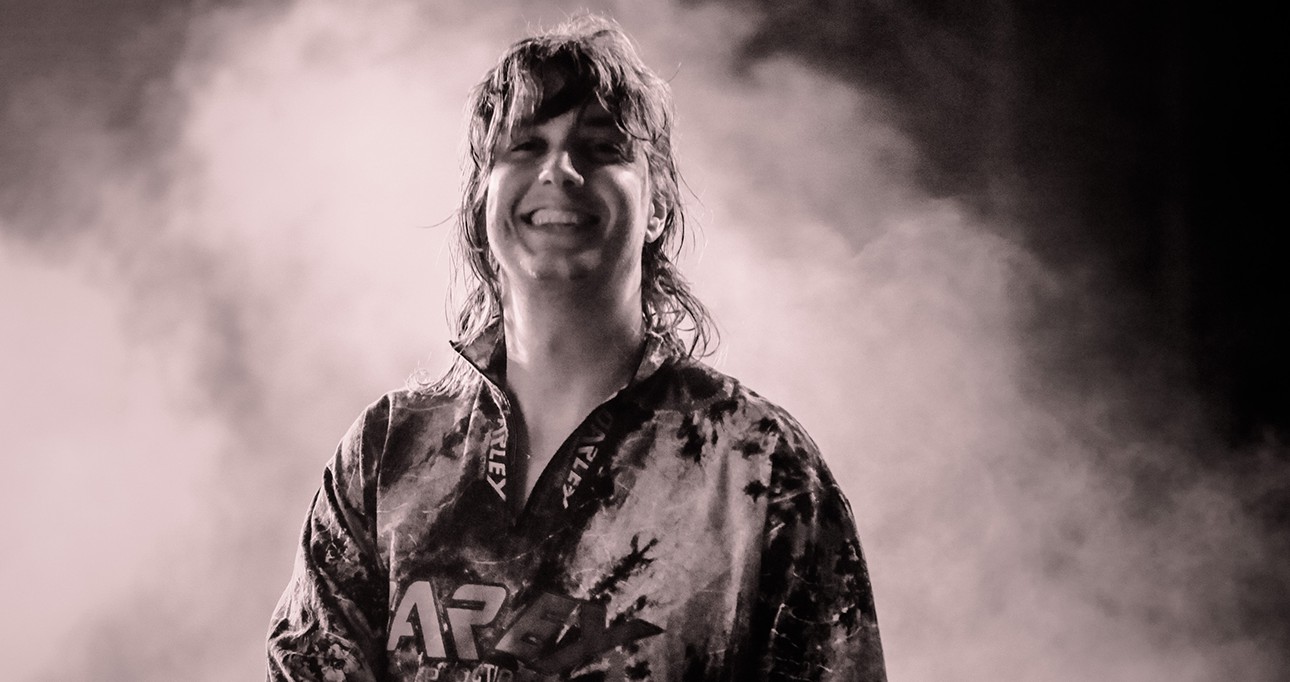 El Pintor might be a nostalgia grab, but at least Interpol is committed to the concept. Crush Songs, meanwhile, communicates an ambivalence toward the public’s expectations that extends to Karen O’s cohort. “You’re starting again from scratch, but everyone’s analyzing your every move,” Strokes singer Julian Casablancas recently complained to the New York Times in a story previewing Crush Songs. Casablancas’s label, Cult Records, is putting out Karen O’s record, as well as Tyranny, his own upcoming, straight-up bonkers LP with his side project, the Voidz.

Like Karen O, Casablancas appears determined to retreat from his fame, releasing a convoluted 11-minute single that sounds like an unholy cross of Yes and Metal Machine Music. (This is an accurate teaser for the rest of the album.)2 Karen O is similarly averse to living in the past, but she also appears a little lost as to where to head next. For now, she has dissipated herself.