Hoverboards Are Real Now: Tony Hawk and Moby and T.O. and Doc Brown Wouldn’t Lie About This 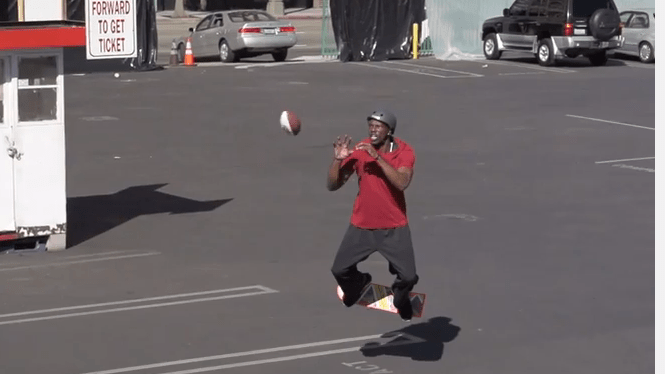 [Note: Read this while listening to “Miracles” by Insane Clown Posse.]

[Another note: Whatever you do, don’t look at the GIF below if you believe in miracles/have ever seen a caterpillar turn into a butterfly.]

Magic is real. So is science. And on those rare occasions when science and magic team up, all you can do is sit back and give thanks. That was the case yesterday, as the dynamic duo joined forces yet again, this time in the form of a creation from a company called HUVr. To display its achievement, it made a video.

Everything in this video is real. Trust me. I’ve been to websites about this stuff. And even read some of them.

But my curriculum vitae aside, why would some of our finest stars put their names behind a product that’s fake? And not just any stars, but these specific stars. I can’t think of a crew of humans I trust more than Moby, Tony Hawk, Terrell Owens, and Schoolboy Q, especially when they’re all involved in the same project.

Just look at them go, utterly blown away by the intersection of magic and science.

People will tell you it’s fake. That’s fine. When has a revolutionary product ever been without naysayers? Remember the wheel? Remember when people were all, “It won’t roll …” And then that thing happened next. You know. Rolling.

Some YouTube sleuths will say things like, Look at the shadow of the crane, and Look, again, there’s another shadow of the same crane, but other — more clearheaded — commenters luckily will outweigh them with practicality. And the truth.

Wolfgang169: “It’s simple you guys. The two circles on the bottom of the board are a new technology which create a small field of anti-gravity. Coupled with a stabilizer to keep the board parallel to the ground, it allows the user to float freely, but only to an extent.”

And if you needed any more proof it was real, look who stands alone at the end of the video, fighting back old-face tears: 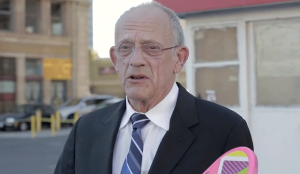 What a time we live in. I think Justin Bieber’s manager said it best, earlier this afternoon.