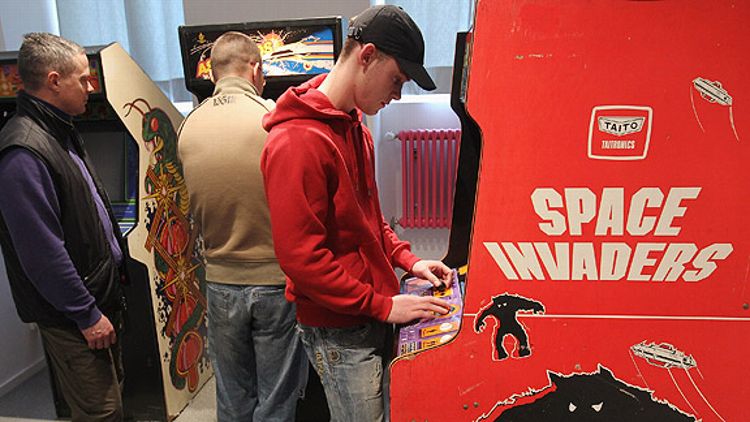 It’s summer! That magical, humid time when sequels rule the multiplex, sharks rule the waters, and laziness rules Fridays. We’re all guilty of it: with the promise of a sun (and/or thunderstorm) soaked weekend just hours away, who among us hasn’t raced off to an imaginary timeshare, “lost” a Blackberry, or fobbed off sub-par work on an unsuspecting subordinate? Summer Fridays give us all license to dial it back and mail it in, to invent a child’s illness — or, heck, invent a child. Why should Hollywood be any different?

So consider this deadest of all entertainment afternoons, the industry’s Summer Friday, a day when the assistants are king, writers can actually reach their agents (on the phone!), and a season’s worth of preposterous development junk is dropped on our laps in the hopes that we’re too lazy to nitpick or, more likely, our interns are. To wit: following in the footsteps of the not-at-all anticipated Asteroids movie comes news that the lucky ducks with the rights to Space Invaders are looking for a screenwriter. (What, Zaxxon, can’t get any love?) Thankfully for them, their prayers have already been answered. Speaking of unwanted things, we’ve also got word that there are three more Transformers films to come as well as new iterations of Dallas and, ugh, Bridget Jones on the horizon. (Stay tuned for the 5 p.m. PST announcement of Green Lantern 2: Arrest That Space Chicken!)

To add insult to injury, anyone seeking a respite from this hot garbage in an ice-cold air conditioned movie theater is either in for a monkey-punch to the groin or a figurative monkey-punch to logic in the form of Jason Sudeikis: movie star. So, no. We won’t fall for it. You win, Hollywood! If you ever want to cancel Men of a Certain Age, replace Jon Hamm with Charlie Sheen, or renew The Killing, today would be the day! (What’s that? They’ve already renewed The Killing? Get out of here!) How bad is it out there? Even the Situation, a man who would bench-press his own mother if a TV camera was involved, chose today to walk out on his golden bronzed goose. Summer Fridays, you guys. What can you do?

Speaking of which, Billy’s school just called. He, uh, apparently lost his sense of smell. Gotta go! Talk to you Monday!

Filed Under: Movies, The Situation, Transformers