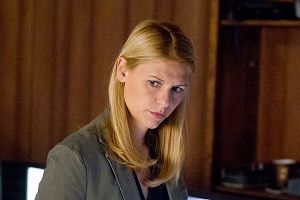 Regular listeners of the pod may have noticed that Andy and I are having some issues with Homeland. For the last couple weeks, we’ve kicked the tires, keyed the car, and basically lit the old jalopy on fire. This week is no different in the sense that neither of us were all that impressed with the show we once counted as among the best on television, but our approach to talking about it was new. Andy and I both pitched ways forward for Homeland, imagining a Season 4 in which Carrie Mathison’s nervous energy was somehow new.

The rest of the pod is a grab bag of topics, ranging from some recent news surrounding our beloved Bourne franchise, the secrecy surrounding J.J. Abrams’s Star Wars sequels, and a really valiant if misguided attempt to pronounce Saoirse Ronan’s name. We wrapped up with some rap talk, celebrating the 20th anniversary of A Tribe Called Quest’s Midnight Marauders. So relax yourself, please settle down, and enjoy the episode.