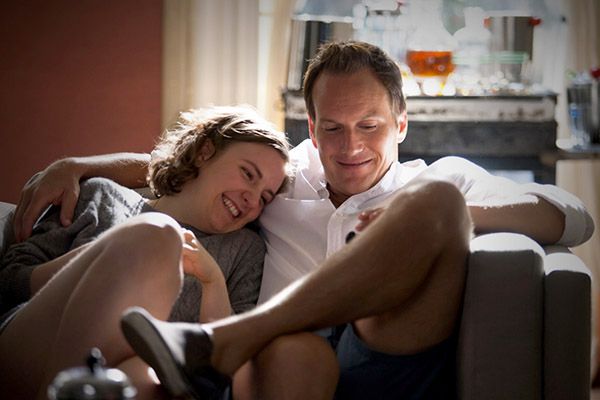 I knew Chris Ryan was trouble the minute he put a dubstep drop into his breakup song about Jake Gyllenhaal. Or am I confusing him with someone else? Either way, on this week’s show we sank our dancing bunny fangs into the 2013 Grammy awards. Is Jay-Z the new Frank Sinatra? Is Justin Timberlake the new Michael Jackson? Are the Lumineers and Mumford & Sons old-timey nonsense? (That last one is easy.) Besides, the most interesting award winner was one who didn’t even perform: Drake, who dropped a goofy, hilarious video for his new song right around the time Jack White was onstage fiddling with his dobro. Finally, a narrative about a humble night manager we can get behind.

With music in the rearview of our Learjet, we flipped on the television to discuss a transcendent episode of Girls and a lousy episode of The Walking Dead. While the former made at least one of us want to reconsider a long-standing dislike of Patrick Wilson, the latter made me hang up my sheriff’s hat for good. We also made a plea for the second episode of The Americans, the best new show on TV and one a lot more of you really need to start watching.

Finally, I had the pleasure of being joined on the line by veteran journalist and filmmaker Nelson George to talk about the latest 30 for 30 short, Disdain the Mundane. Premiering on Grantland tomorrow, the film is a wonderful peek into the life and style of Knicks legend Walt “Clyde” Frazier. Nelson spoke with me about Clyde’s iconic status in New York and which of today’s players have a similar eye for fashion. We also talked about how Nelson’s excellent 1999 book, Hip-Hop America, might be updated for 2013, and how he and his pal Chris Rock might just revisit another past work, the now-20-year-old rap mockumentary CB4. As a great MC once said: hashtag!