Hero Author Sues to Block Release of In Time 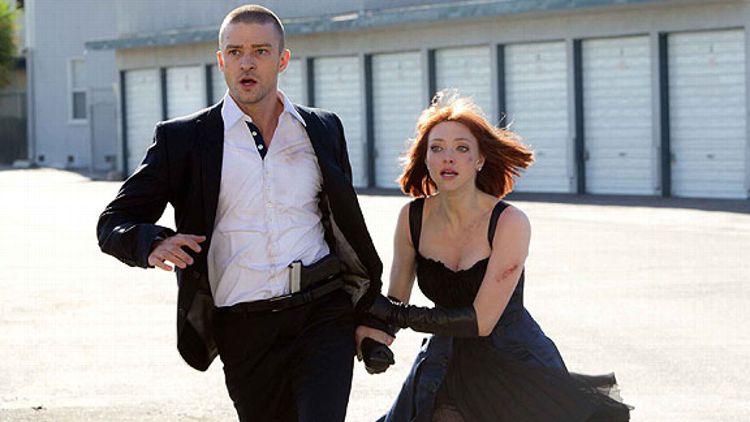 Science-fiction author Harlan Ellison is suing for compensatory damages and to block the October 28 release of Andrew Niccol’s In Time — in which Justin Timberlake stars as a wanted man in a world where people can pay to extend their lives — claiming the movie’s plot is too similar to his 1965 novel Repent, Harlequin! Said the Ticktockman. Ellison filed a similar copyright claim against The Terminator in 1984, but won only an acknowledgement credit and an undisclosed sum of money. Better luck this time! Grade: A [Deadline]

Former SNLer Will Forte will join Ben Stiller, Vince Vaughn, and Jonah Hill in Fox’s Neighborhood Watch, about a group of men who form a bogus community association as an excuse to escape their families, then unwittingly uncover an alien conspiracy to destroy Earth. Here’s hoping the aliens are easily distractible. Grade: A [HR]

Snoop Dogg has partnered with producer Don Reo (My Wife and Kids, Two and a Half Men) to develop a multi-camera family sitcom in which Snoop would play the dad. Grade: A+ [Deadline]

Their show debuted to surprisingly good ratings on Wednesday, so now the makers of NBC’s Up All Night can afford to hire somebody to play Christina Applegate’s mom. They went with Blythe Danner. Grade: B+ [Deadline]

April’s Source Code — in which Jake Gyllenhaal played a guy reliving the eight minutes leading up to a train crash over and over again — will be adapted for TV by CBS and producer Mark Gordon. The show will follow a trio of federal agents who use “Source Code” technology to find out what people were thinking shortly before disasters. We’d like to take this opportunity to announce the development of own show, in which future CBS executives use “Source Code” technology to find out what their predecessors were thinking before okaying a Source Code pilot. Grade: C+ [HR]

ABC Family is finalizing pilot orders for a pair of hour-long dramas, Intercept (about a former showgirl who takes a job with a Texas high school drill team) and Strut (about college hackers). Grade: B [Deadline]

Q&A: Dancing With the Stars' Hope Solo Sizes Up Her Competition