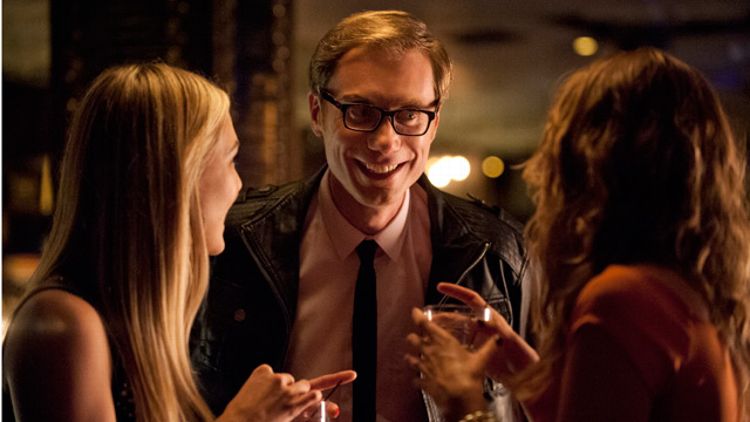 Call it ironic or inevitable, but Los Angeles nearly always miscasts itself. In back-patting fiction from Entourage to Ray Donovan, writers often think they’re winking at L.A. stereotypes — vapid actors! Foul-mouthed agents! Traffic! — but they’re really just celebrating them, bravely exposing the city’s soft, perfectly toned belly for only the lightest scrape of satire. In reality, the multiethnic, multitiered Los Angeles is a character actor, not a lead. L.A. actually is fascinating, just not in the way many of its better-paid denizens tend to think it is. The thing about Los Angeles that successful people in Los Angeles don’t want to admit is that, contrary to what the “Welcome to the Jungle” video taught us, it’s not a place where dreams are made. Those dreams are made elsewhere, before hopping on a bus and paying $1,150 a month for a poorly lit room on the outskirts of Echo Park. Los Angeles is much more compelling when it’s being honest: It’s where dreams, once made, go to die.

This profound, psychological failure is at the root of Hello Ladies, British comedian Stephen Merchant’s first series without his longtime partner Ricky Gervais. (The two co-created The Office, Extras, and Life’s Too Short, but they probably shouldn’t go around bragging about the last bit.) Failure shimmers, like heat, over the freeway; it hovers like a mist over the Jacuzzi. Merchant plays Stuart, a mildly well-off web entrepreneur living in the shadow of the Hollywood Hills (he insists you can see the “haitch” of the Hollywood sign from the roof). On the surface, Stuart has a more-than-decent life: He has his house, his business, a pool in the back. He’s miles away, literally and figuratively, from the bullies and rain clouds of England. And yet a venal sort of desire courses through his veins nonetheless, one that comes to a boil in the California sun. All the concrete things he has acquired for himself — including his red convertible and his friendships with Wade, a sad-sack soon-to-be divorcé, and Jessica, the struggling actress living in his pool house — are merely stepping stones in his quest for the coolness he sees as the only acceptable currency in his adopted hometown. He wants a supermodel girlfriend, he wants an exotic nightlife, he wants, he wants, and he wants.

And he doesn’t get. In such intense and squirm-inducing ways, he doesn’t get. The framework for Hello Ladies is so very promising because it focuses not on the neon lights of La-La Land but on the cheap and garish reflection of those lights through the thick glasses of a 6-foot-7 geek who’s sure he could be a player if someone would only lend him the rulebook. Hollywood here isn’t presented as an attainable paradise but as a teasing glimpse through a heavily guarded door. It feels more fictional than the movies, an impossible part of Los Angeles awkwardly partitioned off from mere mortals by an unseen velvet rope. And the show does its best work on Stuart’s side of the border; Hello Ladies can be a very wry and knowing exploration of what it feels like to be left off the list. In particular, the depiction of Jessica — played with just the right balance of desperation and grace by Christine Woods — is razor sharp; an actress watching 30 disappear in her rearview mirror, she’s ready to move on with her life (she’s making a web series and trying very hard to like jazz) but her ego just won’t quite let her give up.

The problem with Hello Ladies, for me at least, is that Merchant and his collaborators — who include his co-creators Lee Eisenberg and Gene Stupnitsky, late of the American Office — don’t seem to trust the keenly observed world they’ve created. Instead, the frequent, intense — he might call it “unjust” — denial of Stuart’s wildly out-of-proportion desires fuels greater and greater fits of ego-mutilating behavior. He falls into a refrigerator while trying to strike a pose, insults a nice woman who likes him because she’s not a centerfold, drops the n-word at a dinner party and uses the c-word at a wedding — in reference to a child. These are all hallmarks of the Gervais/Merchant “cringe” school of comedy, and Merchant, a deft physical performer utterly unafraid of coming off like an arsehole, hits all the awful, expected beats like a pro. He’s especially good when the situation begins to get away from Stuart — as it often does, usually at a sprinter’s pace. Merchant has the look of a napkin-less grown man watching delicious ice cream melt through his fingers, doubly unhappy because he has lost his chance to indulge and he’s unable to clean himself up. But eventually I found myself no longer covering my eyes with laughter — I was just covering them. Full stop.

When I spoke to Merchant a few weeks back on my podcast, he abjured the word “cringe” and instead likened Stuart’s inevitable, weekly comeuppance to a horror film. And there is a comparison to be made between Stuart approaching women at a bar and a blonde babysitter standing at the top of the basement stairs, ready to check out that scary noise emanating from below. In the case of Hello Ladies, the emotional gore may be predictable but it doesn’t disappoint. But, week to week, the bad behavior is deployed with such ferocity that it very often smothers the humanity. There’s a fine line between being blinkered and being a buffoon, and Hello Ladies doesn’t quite manage it. Stuart isn’t just prone to acting like a terrible person; he very often is a terrible person, and no amount of sad-sack backstory can change that. It’s a distinction the show muddies by instituting its own high schoolish hierarchy of cool: Stuart can be ghastly but at least he’s not the jiggly, stumbling Wade or Rory, his dweeby assistant played by Kyle Mooney. (Jessica has her own bête noire in Amelia, a cartoonish underminer played, like a sentient SNL sketch, by Jenny Slate.) When Hello Ladies gives in to its worst impulses, as it did in “The Dinner” and in last week’s oddly class-panicked “Long Beach,” it can be nigh on unwatchable.

Happily, last night’s “The Wedding,” the penultimate episode of the first (and possibly only — HBO has been mum about a renewal) season, was relatively mild by Hello Ladies standards. There was the aforementioned bit with the c-word and the kid, and Stuart did use the receiving line as a chance to try to wheedle the bride and groom into moving him to a cooler table. (There was also an absolutely hilarious, if brief, turn by Lucy Punch as the bratty kid’s mother, who was disappointed with Anne Frank’s hiding place in Amsterdam: “It wasn’t as small as we were expecting.”) But for the most part, the mood was more melancholy than mean. Stuart finally managed to impress Kimberly, the perfect 10 of his dreams, only for her to take his kindness and his hotel room and use it to bone Kanye West’s DJ.

This was especially rough and a bit unusual — and though the episode ended with dual bits of good news, it’s hard to have much faith that any of it will stick. The universe of Hello Ladies isn’t just cruel, it’s also decidedly not random. Still, undergirding all the unpleasantness is the warm relationship between Stuart and Jessica, and it was with them that the episode found its groove. (In this case, it was a groove that sounded eerily like “Smooth” by Santana and Rob Thomas.) Merchant and Woods have an easy, artifice-free rapport, and the show makes no attempt to hide their characters’ obvious will-they-or-won’t-they chemistry, mainly because the two are so deluded that, until a moment on the dance floor last night, they’d never even bothered to consider the question for themselves. (The only time they’ll let their guards down and behave like themselves is when no one important is watching.) I understand there’s not much humor — or much of a series — in a half-hour about two people who generally get along. But the show’s interactions outside of Stuart and Jessica are often so titanically ugly that I find myself clinging to them to keep from drowning in bile.

The thing is, I appreciate the lengths Merchant is willing to go with his comedy, but I don’t know if they’re always necessary. Hello Ladies is an interesting enough vessel that it doesn’t require the twin engines of mortification and comeuppance to keep it afloat. Everything always going wrong can be just as far-fetched as everything breaking right. Last night, after a Stuart-like disaster with an esteemed playwright, Jessica fumed, “Why is she criticizing me for trying to do something honest and raw?” But the former doesn’t always demand the latter (especially when it involves a doppelgänger submerged in a bathtub full of blood). It’s a lesson I hope Merchant takes to heart, especially now that he has demonstrated, even if in a tiny way, that he has one.