Headphones, Kung Fu, and the Knicks: A Visit With RZA 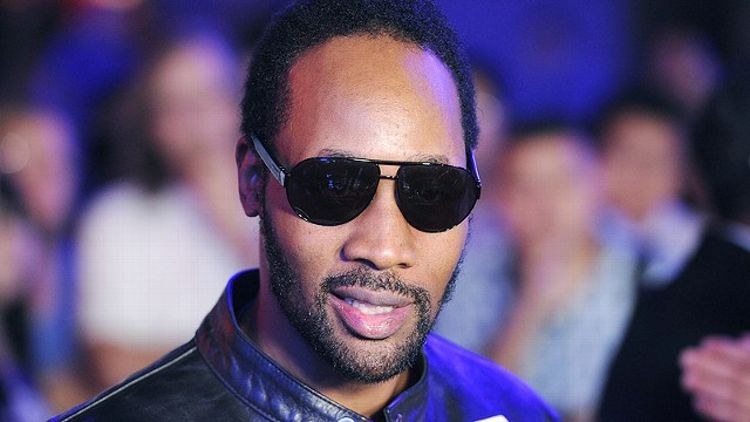 RZA, a man with such a long history of accomplishments and occupations that it’s almost embarrassing to list them, came through Paris this weekend to launch his latest endeavor — a new pair of headphones in collaboration with WeSC. If one had only seen glimpses of him at the launch party, surrounded by admirers and an entourage, one might be tricked into assuming that he is a standard-issue celebrity who just slapped his name on a semi-decent product and called it a day. In fact, in person, RZA is almost disarmingly down-to-earth and sincere about everything he’s doing — no matter how many things that may be. This year, aside from his many music projects, he’s also wrapping up his first directorial feature, The Man With the Iron Fists, starring Russell Crowe and Lucy Liu — which he also cowrote. Between producing, recording, directing, and designing, he found some time to sit down with us and talk about what he’s been up to.

What made you decide to do headphones now?

I had an experience with headphones that pissed me off. I had bought the Beats [by Dre] from Guitar Center. I had the premium ones that take batteries, with the noise cancellation thing on it. I was making some music with it, and I took them off, went downstairs to make a sandwich and forgot about them. Came back upstairs the next day to use them again, and guess what? Battery was dead. They didn’t work. Now, I live four miles from the nearest store. I have to go to the store? To get my headphones to work again? It took me about a week to get the batteries back in. It was a bad experience. So my headphones, if you run out of batteries, you just twist a headpiece and they work as regular headphones, without the noise cancellation.

I feel like people think that when celebrities pair up with a brand, the celebrities just say, “OK, fine, yeah, looks good,” and sign for it.

Yeah, well we do do that a lot [laughs]! But that wasn’t the case here.

Your first movie — The Man With the Iron Fists — is coming out this year.

I’m very excited. I actually just finished it two days ago. We have to finish the special-effects editing, which should take about a month, but it gave me a month’s vacation. I haven’t had a vacation in two years.

You’ve worked with Russell Crowe before, in American Gangster. What was it like directing him?

Well, he’s a master of his craft. You gotta admit. Only [76] people in the world have ever won the Best Actor award, and he’s one of them. And I worked with him on a movie called The Next Three Days as well, and that’s actually where I approached him about my movie. And he’s a tough, tough guy.

Yeah, that’s kind of the impression I have.

Yeah, he’s tough. And I’ve watched him be kinda tough on other directors, but he’s tough because he knows what to do. So when it came to me directing him, there were some days where all I had to do was set my shots up and turn the camera on, and he would just do it. And there were some days where I had to guide him, but only because he’s doing stuff that he hasn’t done in the past. I put him in an arena that he wasn’t familiar with, you know? He doesn’t watch the kind of films that I watch — and not only martial arts, but all of the crazy things that I’m into that I put into the film. But he trusts me — and we are buddies.

I know he does music — he has his band on the side. Do you guys talk music?

Oh, we talk a lot of music.

What do you think of his band?

I personally think that he’s a great lyricist. I was working with an artist recently, and I had Russell come in and do a song for her. Unfortunately, the artist does all of her own music, but we didn’t know this at the time — so, flattering as it was, she writes her own lyrics.

Yeah, but they got a chance to talk on the phone and laugh with each other — he didn’t take it too personally.

Speaking of collaborating with artists, I saw on your Twitter the other day that you might be working with Mac Miller.

Yeah, well, what happened was, I kept getting all these tweets about how Mac Miller said, “I want to do something with RZA before I die.” It kept popping up and popping up, it was like the fifth time someone had mentioned it in the tweet world. And even my manager and some other colleagues in California were like, “You should hook up with Mac.” So I said, “You know what? Let’s make it happen.” So I tweeted out that we should make it happen, that we should connect, and it got a lot of response. Some people were really into the idea, some people were not into it. But you know, some Wu-Tang fans are very …

Protective. Yes. I mean, I got one tweet, the guy was like, “No!!! He cannot hold the weight of a Wu-Tang sword!”

I saw that one.

It was so dramatic.

I know [laughs]! I was just like, “What the hell?” and I think I kinda gave up. People are crazy in the, the, uh, Twitterverse.

Well, I figured when I saw it that people would really not respond well to it …

I mean, do you know his music?

I think … uh, yeah, I think I know one of his songs that’s on the radio a lot in California.

Hey, I grew up on Staten Island drinking kegs. Me and my white homeboys would go up to Silver Lake Park and get drunk off of kegs of beer [laughs]. But I think people know me from the toughness of Wu-Tang, and the aggression of Wu-Tang.

Well, and the depth.

Yes, of course the depth. But I think they have to keep in mind that we are making music as well, and that is the language that breaks all barriers. I mean, for example, you had Dhani Harrison, who grew up — I mean, you can only imagine the beautiful life he grew up in, worth $250 million. And one of his favorite albums is Ol’ Dirty Bastard, Return to the 36 Chambers, you know? Now how do these albums relate to a kid that grew up in such a different world? Music does that. And we’re buddies, and we make music together now. And at the same time, how does a song like “[While] My Guitar Gently Weeps” resonate with a hip-hop kid? If you listen to our earlier songs, on “Protect Ya Neck,” GZA says,

First of all, who’s your A&R?
A mountain climber who plays an electric guitar
But he don’t know the meaning of dope

Meaning that we were against the guitar at the time. But now, we did the song with “[While] My Guitar Gently Weeps,” and why? Because music transcends, and it breaks those barriers. And I’m saying this to say that if Mac Miller and I were to come together, it would just be for music, and we’d see what that brings. If it happens.

So, we have to talk a little sports. What is your favorite sport to watch?

To watch, I like basketball. Basketball is the best — and boxing, of course. I love boxing.

Oh, no. I’m gonna get in trouble for this one, but my favorite team is the L.A. Lakers [laughs]. My favorite team was the New York Knicks, of course, but they have disappointed me for so many years … although, now we have Jeremy Lin. That’s a very special cultural thing, I think, for basketball. He’s a very unique athlete, and he’s a hard player, you know what I mean? So, if the Knicks are playing, they get my vote … other than against the Lakers.

And if the Knicks play the Lakers?

Well, I’ll support the Knicks … but I’ll bet on the Lakers. Only because the Knicks, for my entire history growing up — and I’ve been to Knicks games, and I’ve bet on them, and I always lost my money. They let you down! I hate to say it, but they do.

You can’t keep going back.

SXSW Monday Recap: An Awkward Moment at That Jay-Z Concert