Grantland Reality TV Fantasy League: Home Is Where the Heart Is (and Also Where the Mommy Issues Are) 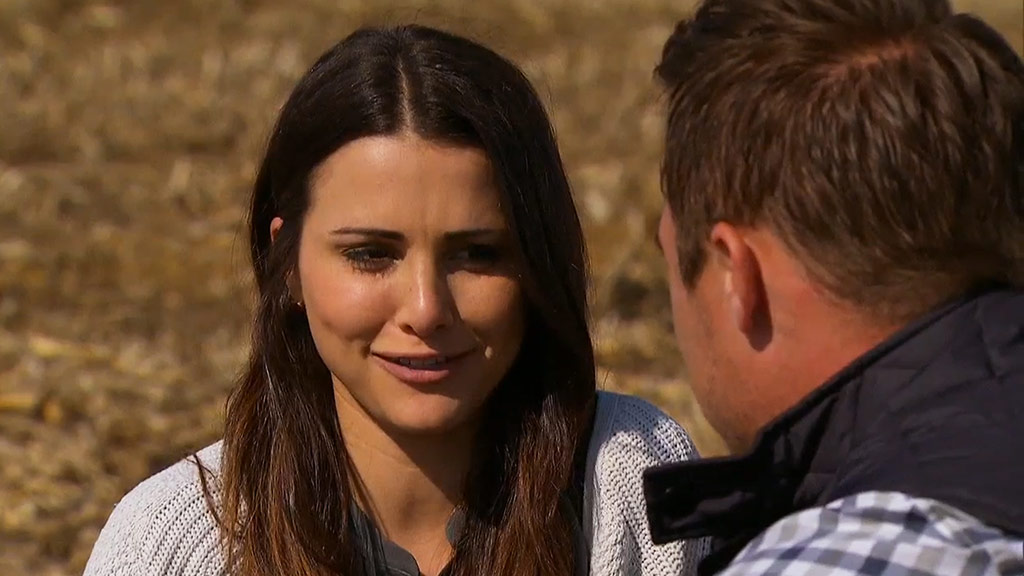 Every season, the hometown visits episode is far and away the most enjoyable of the important and inspiring The Bachelor franchise. We finally get to see the suitors outside of the carefully constructed social experiment in which they’ve been existing, traveling around the world and waiting in hotel suites until a piece of stationery tells them how much time they get to spend with the one person they’re trying to woo. For the bulk of each season, those seeking ForeverLove control the variables, predetermining how to project the best version of who they are, and then trying to maintain that illusion. Even if there’s a slipup, the contestants remain the only real source of information about themselves; they have the keys to the evidence locker. That all changes during the hometown dates, when the Bachelor or Bachelorette — the prospective husband or wife — gets a peek behind Oz’s curtain and a glimpse onto Freud’s couch, where the warning signs pile up.

Today we’ll review the big, bright, waving red flags that filled The Bachelorette this week, then do a quick rundown of some of TV’s other recent lowbrow highlights.

It’s time for Capture the Freudian Flags: The Bachelorette Hometown Date Report. I don’t even know where to start. 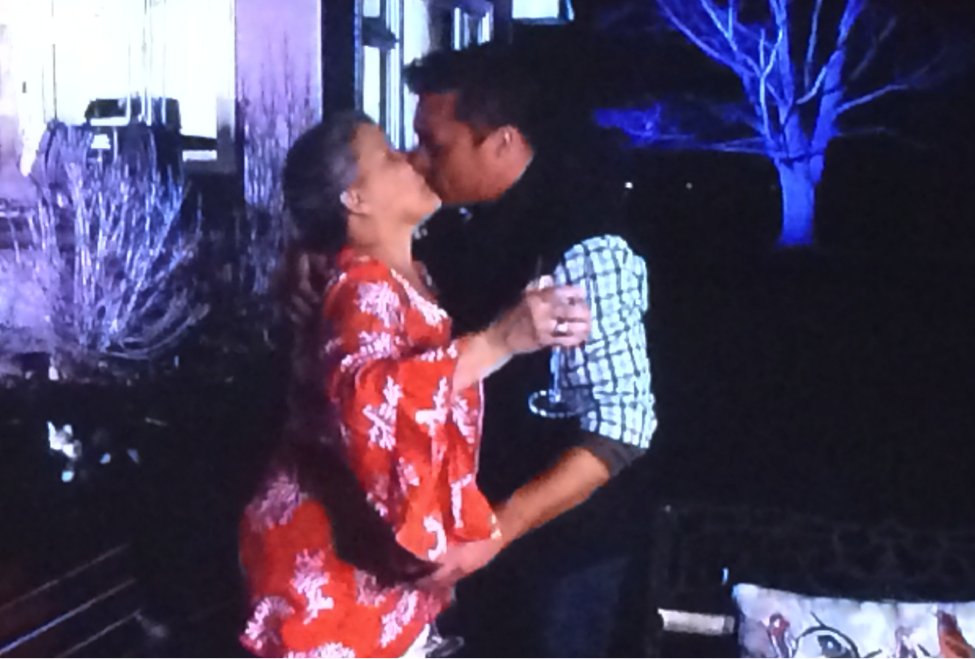 Why you might think this isn’t so bad: This is a show of affection, and who’s against affection? What harm comes from planting one right on mom’s lips? Kissing is just one of the many ways family members can physically display their love for each other. A lot of people do this.

Why you’re way wrong if you think that’s true: Sure, a lot of people do this … when they’re fucking 4 years old. This dude is 32! Look at the picture above; does that look right to you? The wineglass sure doesn’t help. Here’s a basic rule that is pretty hard to argue against: If you’re doing something that would cause your wife to stab you if she saw you doing it to another woman … you probably shouldn’t be doing it to your mother.

Chris: “Well, I mean, there’s an opportunity to be a homemaker.”

I rest my case: No one wants to live in a town with a population smaller than his or her college class, and where he or she might be able to contract herpes from the ever-present mother-in-law.

Red flag: Too many in-laws. TOO MANY.

Why you might think this isn’t so bad: It’s not like Nick and Andi would live with all of those family members. They’d only see them on the holidays. Plus, the more the merrier; think of all the love. And maybe Andi’s always wished she could be in a big family, and now she can be.

Second red flag: Every season, there’s one sibling who pulls the Bach aside and does the whole, “He’s gotten his heart broken a few times before, and I just don’t want to see him like that again” thing. That’s basically like saying, “He was fired from his last three jobs, but you should really hire him.” Not exactly being a good wingwoman, sis.

I rest my case: Let’s imagine that Nick’s 10 siblings have three kids on average. That’s 30 nieces and nephews. That’s a birthday gift and card every 12.166 days. That’s too much. Of course, that’s not counting Andi’s side of the family, because if she marries into this clan, her people won’t exist anymore.

Evidence: Here’s what Andi had to say about Josh’s family: “Josh is obviously a huge supporter of Aaron’s, who just finished playing for Georgia as the quarterback and will be signed by an NFL team. I mean, like, this is a huge time in Aaron’s life, and it is also a huge time in Josh’s life.”

Why you’re way wrong if you think that’s true: Here’s the thing: The premise is flawed. While this is a huge time in Aaron’s life, it is not a huge time in Josh’s life. What would you do if your spouse turned to you and said, “Baby, I’ve given it a lot of thought, and I’ve decided to leave my job to become the leader of my brother’s entourage. What do you think?” Exactly.

Second red flag: Here’s what Josh’s mom had to say about Josh’s close bond with Aaron: “I don’t see Josh cutting the cord now. … It would not be unusual to assume that Josh is going to go on the weekend and watch Aaron’s games.”

I rest my case: Basically, this all adds up to Josh telling Andi he’ll be home for half of the weekend during half of the year. She’d be marrying a fraction of a husband. 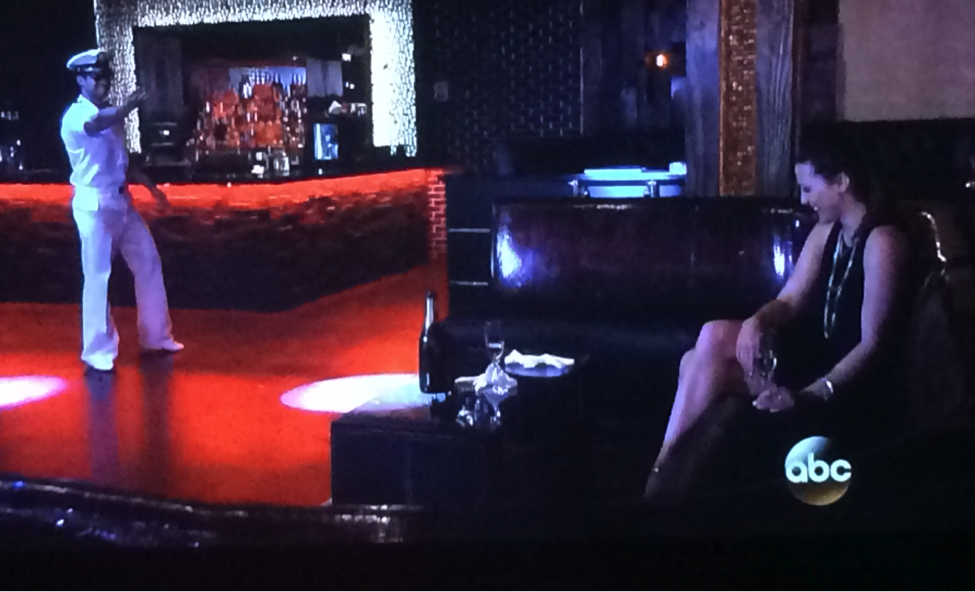 Why you might think this isn’t so bad: Marcus is fun and quirky. He knows how to kill the nervousness with some laughs. We shouldn’t be too hard on the guy; at least he’s not a stiff.

Why you’re way wrong if you think that’s true: All women should date a guy who’d strip for them, because it’s funny to see a dude strip. It really does break the tension and heighten the levity. Here’s the thing, though: No one should EVER date a guy who thinks he looks cool when he strips. And Marcus is that guy. Marcus also got eliminated at the end of the episode.

Second red flag: Do I really need to list one?

I rest my case: I rested my case when the guy put on tear-away pants.

With so many peaks and valleys dotting the trashy TV landscape, it’s occasionally useful to do a quick rundown to keep GRTFL fresh and current.

Big Brother: I don’t normally watch this show, but I popped in for an hour Wednesday and it was fucking brilliant. There are attractive women, stupid challenges, and a dude who’s basically Holy Wayne from The Leftovers. This guy Devin is straight-up Charles Mansoning the house. It’s bananas … Johnny Bananas. (Sorry, I had to.)

Love & Hip Hop: Atlanta: Reality TV shows are largely fake, but there’s some stuff even they can’t force: Benzino got shot. On the show. In real life. With real bullets. At a family funeral.

Kandi’s Wedding: This was my first foray into the whole “wedding planning reality TV” genre. The wedding included fistfights, last-second prenup drama, bridesmaid beef, a wedding party made up mostly of VH1 employees, and two live lions … I still couldn’t get into it.

Keep watching shitty TV, check back next week for the GRTFL, and listen to the Right Reasons podcast this instant. Enjoy the weekend.

Q&A: ‘Dawn of the Planet of the Apes’ Director Matt Reeves on Nostalgia, Nerves, and the Joys of Destroying Humanity