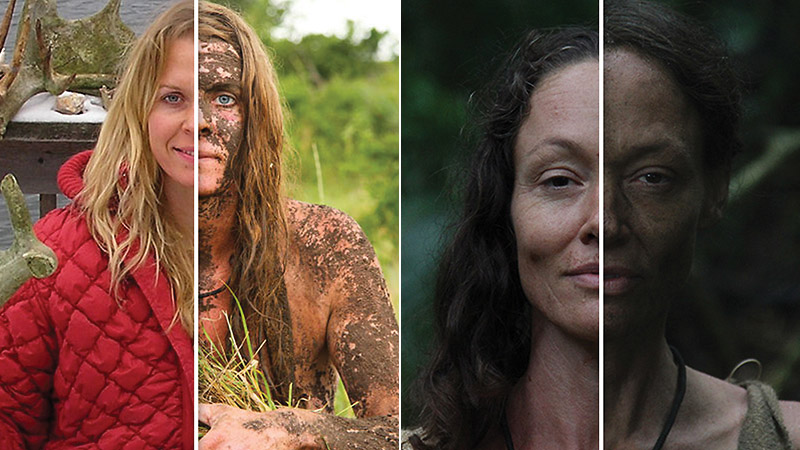 We’re 13 days away from the CHALLENGOLIDAY! While we count down the 312 hours until another season of the TV masterpiece known as The Challenge begins, we at GRTFL Headquarters (you know when I say that, I’m just talking about myself on my couch, right?) have another show to help tide you over. Of course we (read: I) will also cover this week’s mediocre episodes of Survivor and Real World, but before we get to those, we’re going to strongly recommend you watch the terrifying, brilliant, and awkward Naked and Afraid.

Don’t worry, next week’s file will be a full-on, deep-dive, GRTFL-style Challenge preview.

Remember that weirdo who walked across the Grand Canyon on a tightrope last year on Discovery Channel? You had to watch just to see if he’d fall and die on national TV. SPOILER ALERT: He didn’t. Discovery did, however, take advantage of having a huge captivated audience by promoting the living shit out of Naked and Afraid. I watched. Everyone watched. Why? BECAUSE IT’S CALLED NAKED AND AFRAID. Clearly, this week’s GRTFL Top Five needs to be the Top Five Genres of Naked and Afraid Shows I’d Watch, listed from “pretty creepy dude” to “How could anyone NOT watch that?”

Here’s the premise of the show: A man and a woman are dropped off, NAKED, into one of the most uninhabitable, deadly, hellacious regions of the world and tasked with not dying for 21 days. There’s no outwitting, outlasting, or outplaying. There’s no million dollars. There’s just dying, or not dying. Also, there’s no clothing. NO CLOTHING.

While there are some, uh, questionably fortuitous occurrences in every episode, the struggle is real. So, so real. If you think this show isn’t real, just look at the state of this badass chick, Manu, after three weeks in Panama. These 43 seconds are SO REAL:

You know what? Screw it, I’m breaking out another GRTFL Top Five. This week’s second GRTFL Top Five is the Top Five This Show Is Fucking CRAZY Moments From the First Two Episodes of Naked and Afraid, listed from “Oh hell no” to “Oh heeeeeeeeeeeaaaaaaaaaaaaaaaall no”:

5. They almost left a chick for dead: For real. One of the contestants was this overly confident 24-year-old chick from Connecticut who went on the show just to see if she would die, and on the fourth day she completely shut down. After two couples combined to make a four-person group (long story), three of them wound up doing all the food gathering, fire tending, and keeping-everyone-alive-ing, and Cassie just sat around on the rocks, working on her tan. When the other group members built a raft to get to the extraction point, they had a conversation about leaving her there so she wouldn’t weigh down the raft. They considered leaving a woman in Panama to die. Sure, production would have helped her out or whatever, but it sounds so much cooler when I pretend she really almost died.

4. The howler monkey nights: Howler monkeys are THE WORST neighbors. One night these aggressive, loud little assholes spent the entire night surrounding the contestants’ shelter and yelling at them over and over and over and over. They also periodically poked around at the shelter, just in case the yelling wasn’t annoying enough. Imagine being in a makeshift shelter made of vines and leaves and being constantly attacked by these asshole little monkeys. Torture. Also, the Questionable Moment of the Week:

How many howler monkeys could you fight at once and come out alive? What would your strategy be if a gang of howler monkeys attacked you? Would you use one howler monkey as a weapon? If you assumed the fetal position, would they get bored and stop attacking? If you grabbed a rock and threw it at one, would they think you knew magic and run away, or grab that same rock and throw it back twice as hard? What is all the howling about? Seriously, inside voices, howler monkeys.

3. They, like, hunt and kill actual animals: Aside from the standard crabs, oysters, grubs, etc., the contestants kill actual game on this show. While naked. I’ve seen them take down a giant tree rat, an anteater, big-ass snakes, fish, and an electric eel. Dude, they killed an electric eel and ate it. In case you don’t know, an electric eel is an eel THAT IS ELECTRIC. Think about that.

2. The bugs: Have you ever had a mosquito in your bedroom, driving you crazy? Like, “I can’t sleep, I’m going to turn the lights on and kill this thing or move into a new apartment” crazy? Well, that was one mosquito. Imagine being in the Amazon, with a shelter next to a mosquito breeding ground. Imagine getting through the night and sustaining so many bug bites that when you wake up, your butt cheek looks like this: 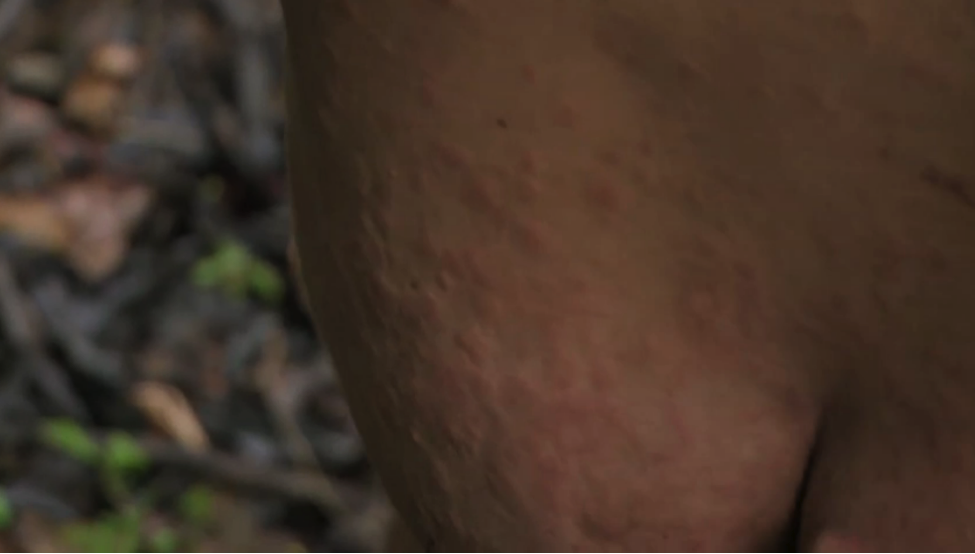 Not freaked out enough yet? Listen to A.K. evaluate her chances of survival after a particularly bad night: “There’s just no possible way. ’Cause right now, they’re eating my vajayjay alive. Who the [bleep] could come out here and survive, naked, in the Amazon jungle?”

1. One person took one look at the jungle and straight up quit: There was a contestant who flew to Peru with the intention of being on the second season (meaning this person knew exactly what being on the show entailed) who bailed before even getting off the boat. This self-described “survivalist” got in the boat, went down the river, had a look at all the crocs in the water, snakes in the trees, and rain in the clouds, and straight up didn’t even get out of the boat. That’s all you need to know about this show.

Anyway, in case you’re wondering, I say nine. Nine is the number of howler monkeys that would beat me in a fight to the death. Seven? I win. Eight? We all die. Nine? They win. Tell me in the comments how many howler monkeys you think you could take on. You’ll learn a lot about yourself.

This week we learned Brian’s mom was an exotic dancer (shout to her, that can’t be easy), and that this has a major impact on how he views ex-girlfriend Jenny’s new go-go dancing job. I’d say it negatively impacted his opinion, but I want to let you decide for yourself: “Jenny, she is a powerful demon, sexually dancing on the stripper pole. All the suffering souls want to reach up to her, like the height of all the chaos in hell.”

There are two possibilities here: (1) Brian has read Dante’s Inferno and is making a reference. (2) Brian IS Dante. I’m going with door no. 2.

Jeff Probst is the lifeblood of Survivor. He explains the challenges, runs Tribal Council, gives rewards, stirs the pot during boring seasons, and wears blue performance button-ups all the time. Who knew he was omnipresent, though? This fucker is like the Ghost of Christmas Past: He’ll materialize out of the jungle and come to a contestant’s aid. This week, Trish was picking on Lindsey, who was all sad (as we all were) because Uncle Cliffy got voted out. So Lindsey went to the beach for some alone time. As she slipped deeper into despair, Jeff straight up materialized out of the jungle and was all, “So, you want to talk to someone?” 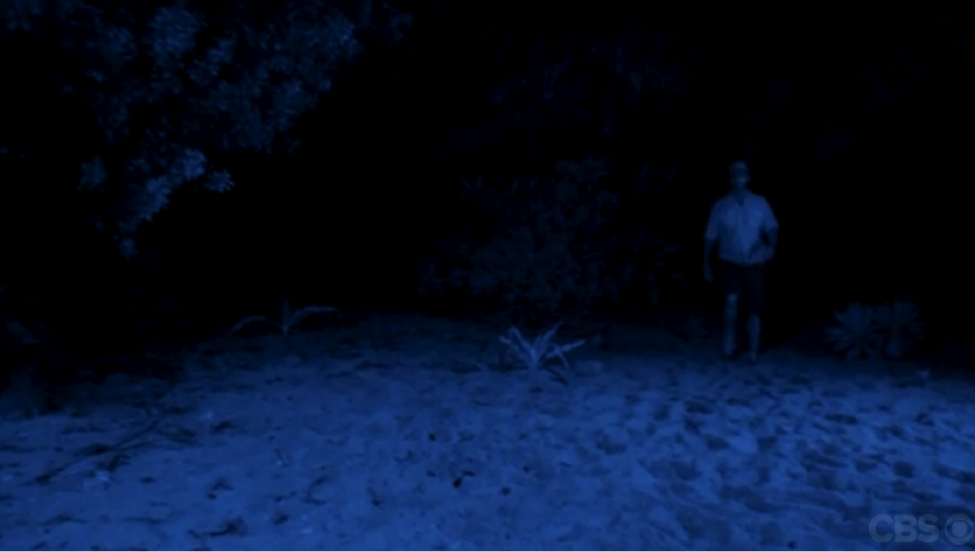 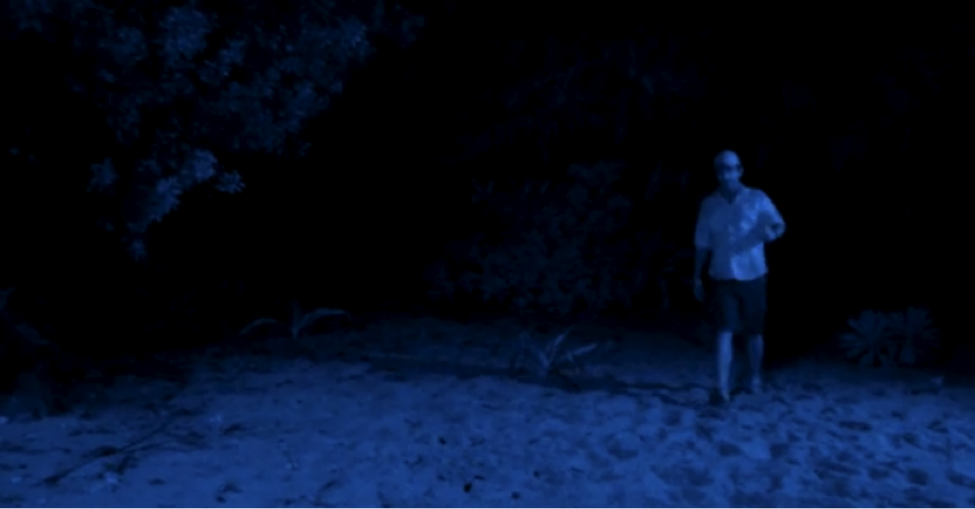 Jeffy P doesn’t need a bat signal. Jeffy P is a deity; he’s in all places at all times. He’s there, behind every bush, around every corner, under every bed, standing by in case you’re in trouble. In this case, he was there for a nighttime beach chat with Lindsey the Hairdresser With Terrible Hair: 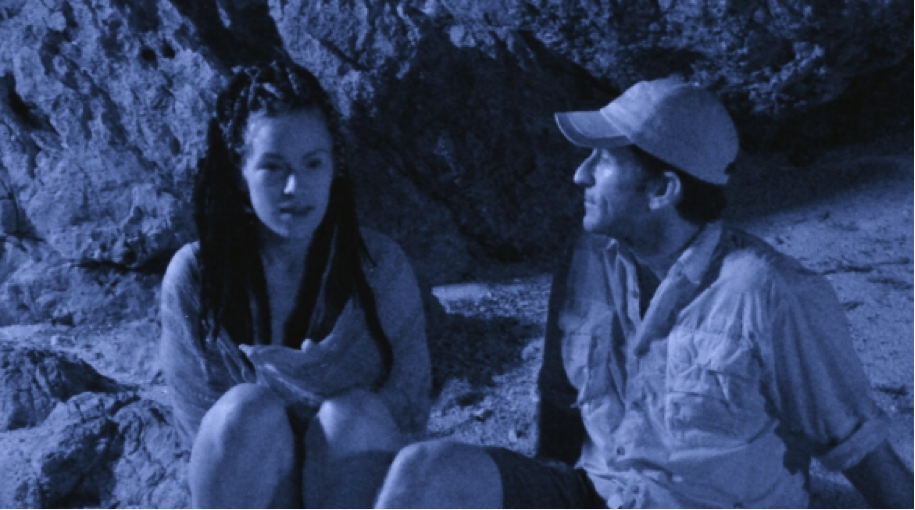 Lindsey was telling Jeffy P about how she wanted to murder Trish, and somehow spun that into a reason for leaving the show: “I’m gonna flip out on her, and that’s why I separated myself from the situation. I would rather not win a million dollars than to have my daughter see me act like that.” Seconds later, she gave the real reason: “It’s so extreme … and I’m cold and I’m wet and I’m hungry and I’m tired. I get all that. I know I’m going to regret it. I need a million dollars more than anybody here, but I just can’t take it.”

The whole “I want to leave because this sucks” explanation is a lot easier to believe than the whole “I want to leave because I’m going to hit Trish” one. Speaking of hitting, my pod partner Juliet made a great point on the podcast today: “How come there has never been a fight on Survivor?” With that many hungry people living in those conditions, you’d think it would happen more often. (Has it really never happened?) Anyway, I hope next season is Survivor: Bad Girls Club, cohosted by Jeffy P and Ray Jay.

Jay, Tom, and Cory (all the dudes except Brian/Dante) have dubbed themselves “The Three Musketeers,” and they got all dolled up to attend the Folsom Street Fair in San Francisco. The Folsom Street Fair is “the world’s largest leather event,” according to its website. Naturally, people dress up for the occasion, and The Three Musketeers were no exception.

The Three Musketeers dressed up as bears, which is fine, because they really were just wearing the popular “whatever is around the house” costume. But methinks The Three Musketeers might not have realized what being a “bear” means to many of the Folsom attendees. I’m sure there was a point when they wondered why they were so popular with the bellied and bearded: 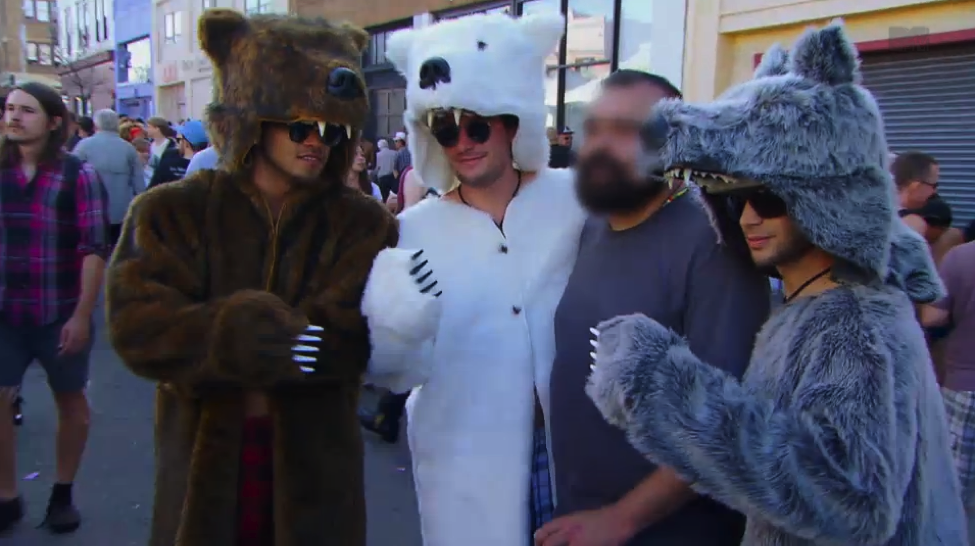 The only thing in the world worse than lip herpes is the lip pimple that looks like lip herpes. I feel like coming out with a line of T-shirts and hoodies that say in big, bold letters across the chest: “IT’S A PIMPLE, NOT HERPES.” Everyone would need one.

Herpes or pimple, whatever was happening on Brian/Dante’s face this week was not pretty: 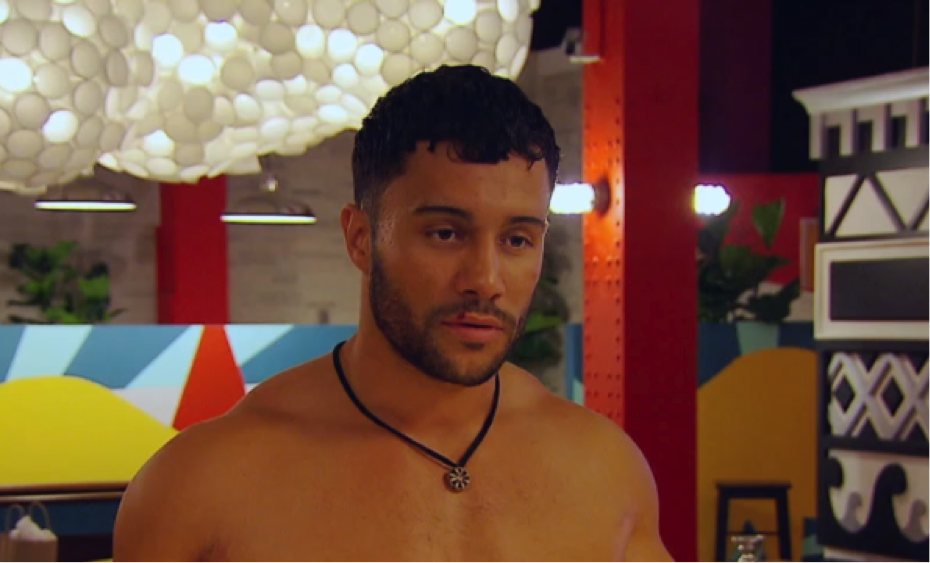 If you stare at this photo long enough, he starts talking to you. Stick with it. It happened to me after about 30 seconds.

Enjoy your weekend, listen to the Right Reasons podcast, and check back next week for The Challenge preview.

Son of Kickpuncher: The Visceral, Bruising Pleasures of 'The Raid 2'