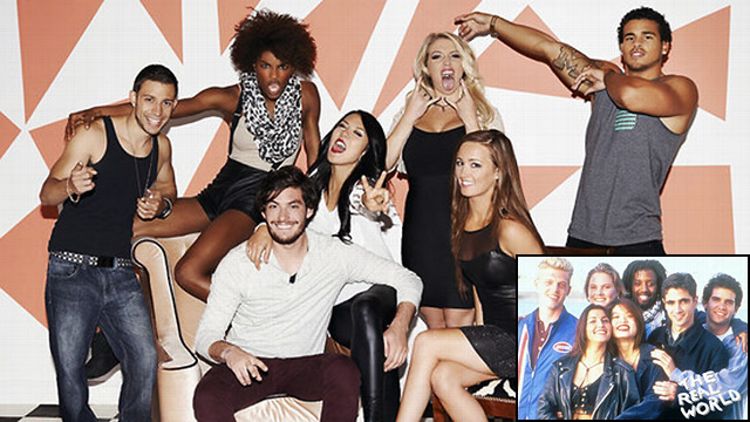 Real World has stopped being polite and stopped being real. When news first broke via a super press release–y post on EW.com that the MTV show had adopted a new format for its upcoming season, it felt like hearing that Bruce Springsteen had become a dubstep DJ. Learning that the new title was Real World: Ex-Plosion didn’t help.

Apparently, a little while into filming the show, producers decided to have the castmates’ exes join the house. It’s not a bad idea, but there was something nice about Real World always being the same ol’ Real World, even as Bunim/Murray employees right down the hall pumped out The Simple Life, Keeping Up With the Kardashians, and Bad Girls Club. The “seven strangers in a house” format was the Adam and Eve of the reality TV species; strands of its DNA can be found in all current reality iterations. So at first this change felt wrong. It felt like MTV and Bunim/Murray were selling out.

Then I changed my mind.

I started warming up to the idea quickly. The more I started playing out the social dynamics in my head, the better the show felt. The more I read into the Jonathan Murray quotes and press release–y fluff, the more excited I became. Change is good. Jersey Shore died because the show refused to adapt. With Real World ratings trending down, the show had to adapt or die. So as the days passed, I got more and more excited about the implications for the upcoming season hinted at in the EW post. I got pumped about the cast picture that surfaced. And, of course, eternally above all else in perpetuity forever and ever, I got excited about what this might mean for The Challenge.

My pod partner Juliet asked some hard-hitting questions earlier this week, but since literally NO ONE SCORED A POINT on this week’s Survivor, let’s go deep on this MTV news.

I’m poking fun at the tone of the EW post, but it was the single most important piece of news reported in the 21st century. Also, after reading it six or seven … dozen times, I started seeing the subtext, the hints and nuanced revelations hidden below the surface. I felt like I needed to go straight Da Vinci Code on this one, so I translated all the press release–y fluff into what the speaker or writer really meant. Here they are, in order of appearance:

Quote: “They’ll start to form bonds, with each other and with San Francisco locals.” — James Hibberd, EW.com writer

Translation: “They started fucking other people and then their exes showed up.”

Quote: “We’ve had conversations [with the network] throughout 28 seasons of the show, but we’ve never made this big of a commitment to change.” — Jonathan Murray

Translation: “They told us we either had to drastically change something or they were going to replace Real World with a new show titled Pregnant and Privileged, the Real Tweens of Tinseltown.

Quote: “Diversity is a fact of life today. A lot of young people date people of different races, or have friends who are gay. The world has changed.” — Murray

Translation: “We were having trouble finding someone for that crucial ‘closeted bigot with a heart of gold’ spot.”

Quote: “After filming began, producers had to scramble to convince the exes to drop everything and join the cast too — five of the seven agreed.” — Hibberd

Translation: “The season was going so poorly that they knew they had to do something drastic. And after last year, when they paid that Playboy Joi chick $50,000 just to open up a spot for Hurricane Nia, they couldn’t go that route again.”

Quote: “Murray says the brainstorming sessions that led to Ex-Plosion inspired many other potential twists as well.” — Hibberd

Translation: “This won’t be the last twist. In fact, this is probably the last season without a twist, so buckle up for Real World: Live 24/7, Real World: Sex Fiends Only, and Real World: The Challenge Audition.

Speaking of The Challenge:

Let’s call this twist what it really is: ensuring that Real World is now nothing more than a farm system for The Challenge. While still enjoyable (save for that bullshit St. Thomas season), Real World had become the boring older brother to its bro-ier, drunk-ier, argue-ier younger sibling. And with The Challenge cast getting a bit long in the tooth, the folks in charge needed to inject some new alcohol-tainted blood. Enter the exes.

The first takeaway is that the new format will create a larger pool of Challenge candidates. While last year’s Portland crew provided a draft class for the ages with the surprisingly effective Marlon and Jordan duo and the violent force of beweaved nature that is Hurricane Nia, this Ex-Plosion cast will produce nearly twice the amount of alcopsychoholics from which to choose.

The second thing worth noting is that Real World couples and exes have a long history of providing memorable Challenge moments because of the baked-in drama. Don’t let the fact that CT and Diem are now so boring make you sleep on the fact that Johanna tried to murder Wes, or that Danny and Melinda’s marriage fell apart in front of our eyes. It’s always a good thing when cast members on The Challenge have history.

The third, and most important, thing is that this twist displays Bunim/Murray’s ability to change out formats as things start to get stale, and I’m not afraid to say The Challenge is starting to get a little stale. While the execs may not adhere to my previous suggestions of having a live season, a college tour season, or an urban scavenge season, this means they might mix up the format soon. In fact, if you take a hard look at the recently leaked Challenge cast and the predicted team groupings listed on Vevmo, things don’t break down as neatly as you’d probably like. I mean, Frank is no “rookie.”

Perhaps something larger and more interesting is afoot. I hope so. And I’m really looking forward to when The Challenge finally embraces its Dionysian roots and launches The Challenge: Drunk, Naked, and Imprisoned.

Along with the format change news, we were also blessed with the first cast photo:

So naturally, based on this one photo and only this one photo, I’m going to write completely fabricated bios for the Real World: Ex-Plosion cast.

From left to right:

1. The dude in the black wife-beater and jeans:

Name: Timmy. No, Mikey. No … but definitely something that ends in a “y.”

Hometown: Somewhere in the tri-state area, but far enough away from an actual metropolitan spot that he still thinks it’s OK to wear a spiked belt.

Bio: Mikey is ready to party. After leaving college in his junior year to pursue his dream of opening the world’s first airport strip club, Mikey has his eyes set on the future. But his heart is still set on the ex-girlfriend he left behind in Wheretheywearspikedbeltsville. Will he find his way to the top in San Francisco, or will he spend too much time in the bar going bottoms up?

2. The girl with her arm around Mikey and wearing an animal-print scarf:

Bio: Shay’s laid-back disposition and effortless beauty are reflective of her SoCal roots, but don’t let that fool you: Shay has her sights set on Silicon Valley. She’s making the trek up the coast not only to find herself in the Real World house, but also to find herself on top of the tech world as “The Steve Jobs of, you know, like, makeup bloggers.”

Bio: Growing up as handsome as Alfie has been a gift and a curse. His inability to keep both men and women from falling in love with him has led to the best and worst times in Alfie’s life. The question isn’t whom Alfie will hook up with in the house, but whether Alfie will get bored of his roommates and hook up with the house itself?

4. The girl with two fingers up and one tongue out:

Bio: Don’t mess with Nancy. Fresh out on parole after a two-year sentence for promoting prostitution that she swears was a misunderstanding, Nancy has received special permission to come stateside to be a part of Real World. While Nancy established herself early as the den mother in the house, her parole officer may take issue with some of her “dating” suggestions for Becky.

Bio: During Kaysee’s first day in the Real World house, she walked room to room muttering, “Am I the gay one? Am I the gay one?” to herself with a confused look on her face. What she lacks in intelligence she more than makes up for in spirit. A national championship cheerleader in high school, Kaysee is always there to lift up a roommate or friend who’s down.

6. The only other girl in the picture:

Bio: At just 10 years old, Becky was diagnosed with a rare spinal disease called MySpineDoesn’tBendia. Becky had a tough time in high school, but soon learned to gain acceptance the old-fashioned way: by wearing skimpy dresses. After moving to San Francisco and being faced with a new city and a new social circle, Becky proves that while you can take the girl out of Texas, you can’t take the Texas out of the girl.

Bio: “M” Tattoo Guy is the first Real World cast member without a personal history. Found in the corner of the men’s bathroom of Liv in Miami, “M” Tattoo Guy claims that he’s never been outside, doesn’t have a name, and is the spawn of a spontaneous chemical reaction between exotic party drugs and human sweat during the peak of a Tiësto set two years ago. He’s also the first Real World cast member who doesn’t speak a known language; his only method of communication is pointing to his “M” tattoo, as he is in the picture above. His excellent dancing ability, energetic presence, and inability to speak make him a perfect catch for the modern woman. Producers had trouble getting his ex to participate this season, because when they asked “M” who his ex was, he got confused and had a gigantic “X” tattooed on his other arm. By the end of the season, his roommates started calling him “Treasure Map.” He took to it well.

This is the part of the column where I’d normally put a recap and scorecard for this week’s Survivor, but there wasn’t a single point scored. Plus, let’s be honest, nothing else in the reality TV universe is as important as what happened to Real World this week.

So, check back next week for your Survivor fix. Have a bitchin’ weekend.