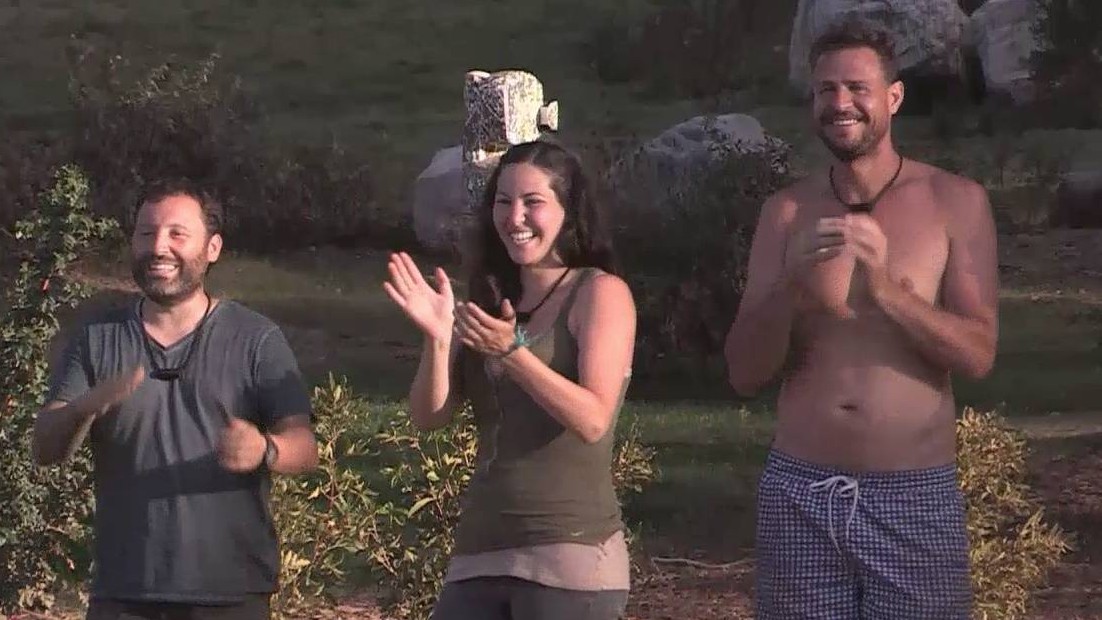 I can’t lie, the first week without Bachelor in Paradise was tough. No Khaki Chris Harrison, no vandy handys, no AshLeeeeeeeeee, no talking raccoons, none of the delicious delusion that made this summer so special. All good, though — Below Deck is still overachieving, The Singles Project still features Bizarro J.A. Adande, and we have Utopia. Oh, Utopia, let’s just start there.

The brilliant Mark Harris wrote about Utopia for Grantland yesterday. Let’s just say he is not a fan:

Utopia is, not to overstate matters, painfully bogus and excruciating torture — everything that is repugnant, divisive, and cynical about the melting-pot subgenre of reality TV.

He also deftly points out the show’s clumsy way of dealing with race, its stunty casting, and most importantly, its shitty ratings. More than half of the audience has bailed in the first week. To recap, no one is watching this show and a smart, reasonable person like Harris watched it and didn’t just dislike it but was inspired to research and publicly eviscerate it. So WHY DO I LOVE THIS SHOW? I have watched every single second of it and even checked on the live feed. I know Utopia is dumb, I know that the cast of Utopia is a collection of clichés who may or may not be “real” people, and I know that this particular iteration of this idea is disrespectful to the words “society,” “utopia,” and “humanity.” But I also know that whenever I see a new episode on my DVR list, I get giddy. I like to watch people on reality TV argue, get naked, get drunk, hook up, do dumb shit, and make me feel like I have my shit together by comparison. In that respect, Utopia delivers. 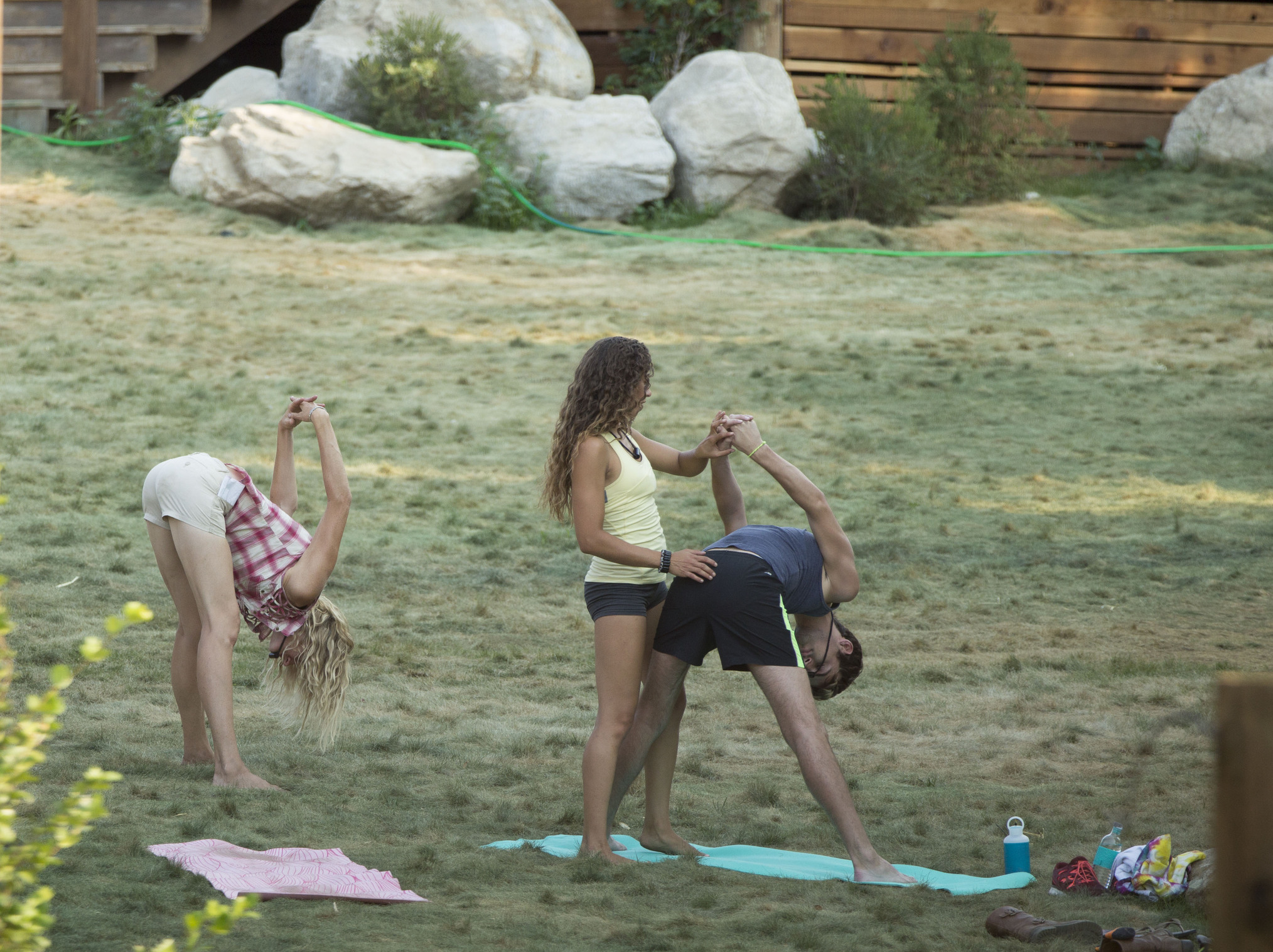 This week we lost Convict Dave and Pastor Jonathan, but gained Handsome Tyler. We also saw the “pioneers” of Utopia start their first business venture, “UtopiYoga.” I would have gone with “Utoga,” but that’s just me. When only one person showed up to the Utoga session, the cast got $40, and my wife and I got an idea: We went online, sent an email, and then 30 seconds later had a reservation for their yoga session, a release, and a set of “rules” for our visit to Utopia. We then spent an hour talking about it. We have so many questions:

Will the yoga chick be leading the class? Why is this a six-hour yoga class? Who does yoga for six hours? If we are getting a sitter for the whole day, why the fuck would we go to Utopia? Is it too hot for yoga? Why do they insist that we have exact change? Will we see the whole cast or just the instructor? Would this be a “Hahaha, remember the time we went to that weird reality show and did yoga?” fun memory? Or will it be one of those “I knew we had to move back to New York when we went to that weird reality show and did yoga” memories? Are those mutually exclusive? If we are going there for six hours, do they feed us? Is there a restaurant at Utopia? Why are we even considering this?

The truth is that there is VERY LITTLE chance that we will follow through and actually go to Utopia, but there is a VERY BIG chance that we will spend the next 48 hours talking about nothing else, and it will bring joy to our lives. There is something cool about the idea that you can pop in on a reality show that you are watching. Oh yeah, that brings us to Bizarro J.A. Adande.

Right now, this second, if you are in the tri-state area and want to date a dentist who looks EXACTLY like J.A. Adande, all you have to do is tweet him or whatever because he is on The Singles Project. I mean, look at this dude. He looks EXACTLY like Adande. I can’t get over it: 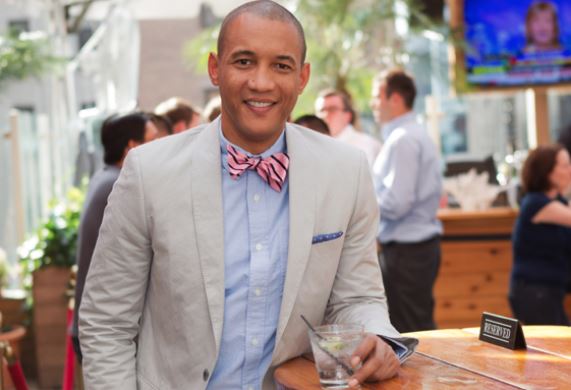 Each episode of this show is more mediocre than the last, so I recommend you check in only to marvel at the bow-tied Adande dentist. It’s uncanny.

This week’s Below Deck featured a new charter and, as always, I loved when they reviewed the “preferences” of each of the guests. Most of them were long lists of likes and dislikes, such as “I love lobster, I don’t like mushrooms.” But not my man Scott’s: 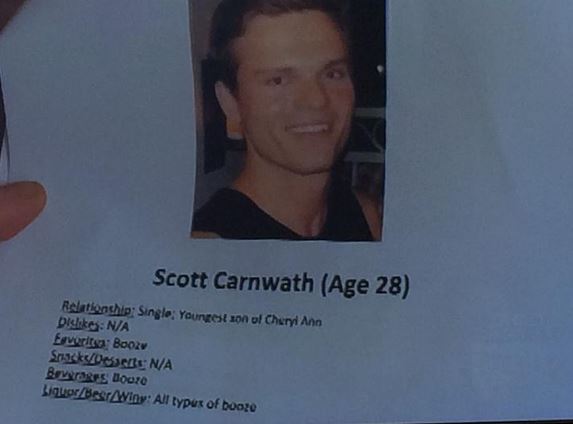 Hey, Scott, what are your favorites? BOOZE. OK, what kind of beverages do you like? BOOZE. What about specific types of liquor, beer, and wine? ALL TYPES OF BOOZE. However, Scott was not happy with his service on the Ohana. For one, not enough booze. At one point during dinner, an exasperated Scott went around the table and asked each guest, “Are you even drunk?” Then, when Scott and his group went to the guest quarters, they found a stain on the pillow where Chef Ben and Second Stew Kat may or may not have been coitusing the previous evening: 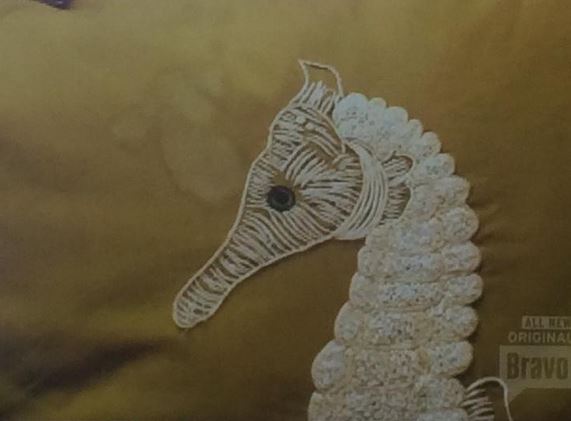 Enjoy your weekend, listen to The Right Reasons, and sign up for UtopiYoga on Sunday. There is a 2 percent chance that I will be there.