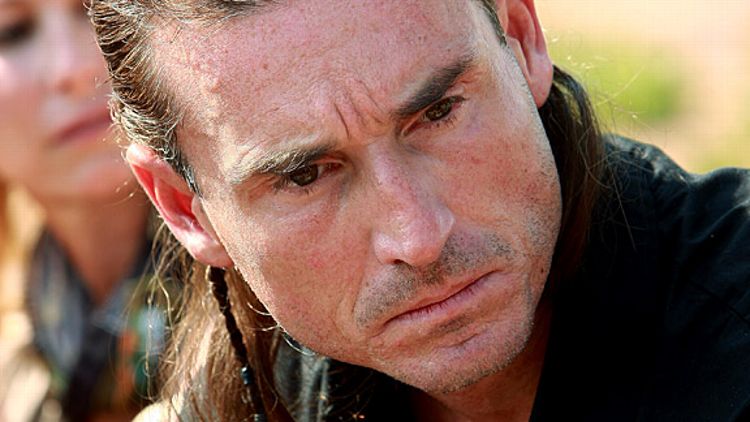 If you’re interested in witch doctors or the future of the human race, you should give this podcast with Survivor‘s Coach and Grantland’s Jay Caspian Kang a listen.

I had always thought Coach from Survivor was a complete kook and a pathological liar. As I was researching for this pod — okay fine, as I was reading the research that an intern did for the pod — I found out that some of the wild tales he told might actually be true. I wanted to find out if he really had kayaked around the world, been abducted by an Amazonian tribe, and was conscious when he got his tattoos. I forgot about to ask him about the tattoos, but after our conversation, I think he actually was abducted by an Amazonian tribe. Or I am a sucker. Both are possible.

After saying goodbye to Coach (not an easy man to get off the phone with), I invited Jay Caspian Kang to discuss Snooki’s complete emotional breakdown and his first impressions of X Factor. Kang is an interesting fella. He sounds like Spicoli, writes like a gifted genius, and watches as much trashy reality TV as I do. Well, close. We planned on only talking about X Factor but Snooki put on a performance last night that was so emotionally intense Jay admitted he had to fast-forward through certain sections because they were too much. I don’t watch American Idol, I try every year, but it just doesn’t stick. Jay does not have that problem. He admits to having watched every episode and was very excited about X Factor. So excited he convinced me to give it a shot, and I was impressed. Mostly by L.A. Reid, who we decided should have played “The Architect” in The Matrix, can probably bench 400 pounds, and may not be human. Might have to have Jay back on if this X Factor thing has staying power in my already-packed trashy-TV rotation. Enjoy.

Songs of the Week: Nirvana, Strippers, and Lucky Charms