Giving You What You Need: ‘Black Rose’ and the Sweet, Crazy Life of Tyrese 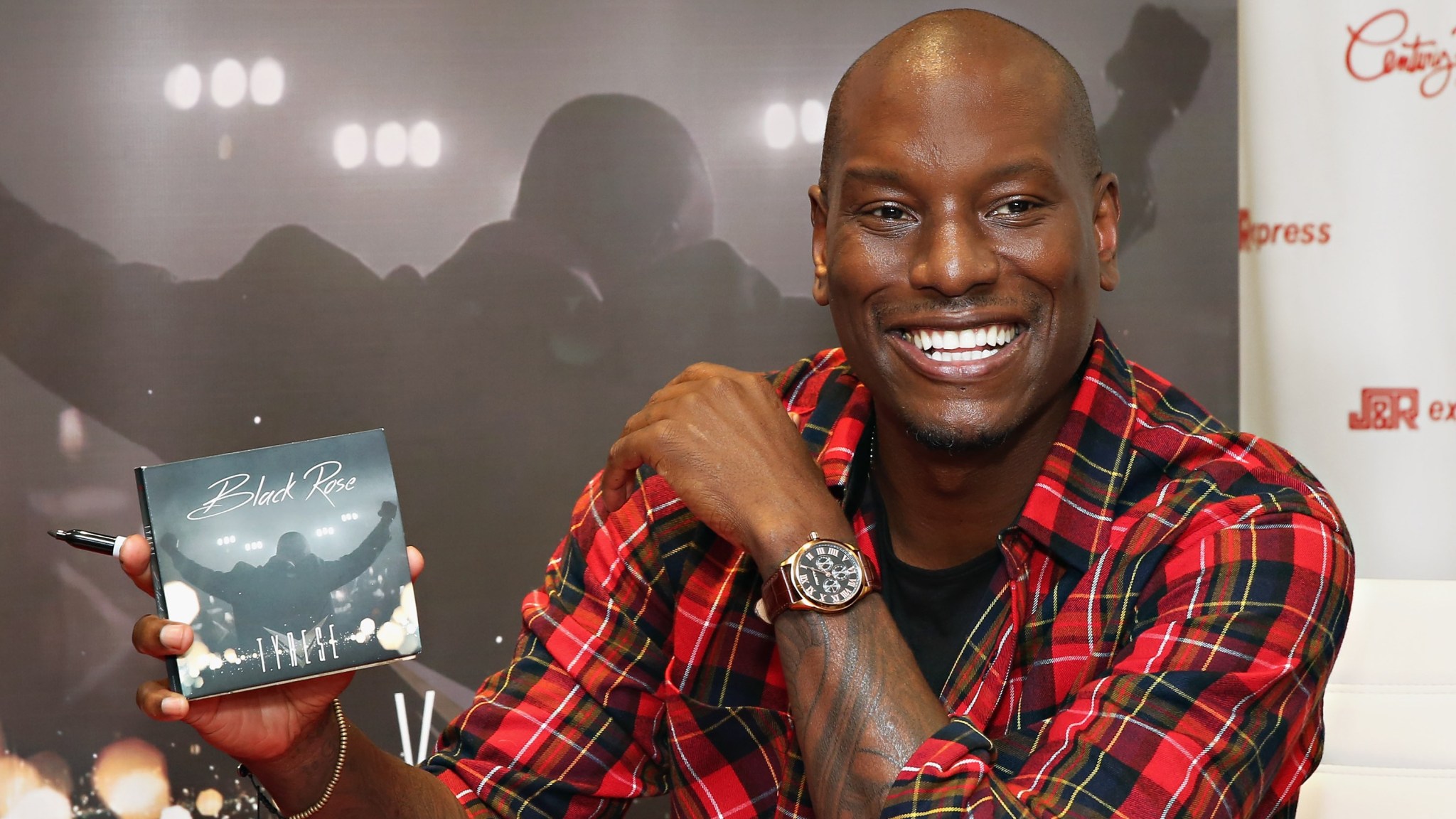 Tyrese — singer and rapper and actor and author — has a new album out. It’s called Black Rose. It’s his first solo album in nearly four years and is topping the Billboard charts. It’s also, according to him, the last album of his career. That’s an important thing and it’s also a sad thing, because Tyrese is fun and interesting. Incidentally, “fun and interesting” is the same way people will likely describe Black Rose.

There are little things that are crazy in a silly way, like the time he got a KFC cake for his birthday, and there are bigger things that are crazy in a crazy way, like when he decided it’d be a good idea to build a real Starbucks with real employees in his backyard for himself. There was the time he posted a video of himself in one of those gymnasiums with trampolines for floors and he was doing backflips and front flips and he said he learned how to do them in Watts (but didn’t elaborate) and that he was the “Black Chuck Norris.”

There was the time he fired his assistant for packing him an Adidas tracksuit but no Adidas shoes for a trip and Tyrese ended up getting very made fun of online after a picture of him in the tracksuit and dress-up shoes ended up bouncing around the Internet. There was the time Tyrese, Ginuwine, and Tank performed on a morning TV show and Ginuwine seemed like he was under the influence of SOMETHING and Tyrese was upset about it. This one wasn’t his fault, I suppose, but it was still funny, and the video interview the three of them did afterward was even funnier.

And, maybe my favorite, there was the time that he painted a picture of Malcolm X baptizing Tupac because he said he had a dream about it. He didn’t say who the three women in the background praying were, but what’s great about Tyrese is there’s a strong chance it’s just three random women, but there’s also a strong chance that it’s TLC.

While promoting Black Rose last week, Tyrese posted a video to his Instagram where he sat next to a (presumably) sleeping (presumably) homeless woman and ham-fistedly used her as a prop in a clunky metaphor about people “sleeping” on R&B. A lot of the times when Tyrese is trying to be entertaining, he’s actually entertaining. And sometimes things like this happen. It’s just how it goes. His life is weird. Or it’s amazing. Or it’s perfect. Or it’s imperfect. Or it’s dumb. Or it’s a combination of all five of those things. It’s probably a combination of all five of those things.

Tyrese also wrote a self-help book in 2012 that wiggled its way onto the New York Times Best Seller list. It was called Get Out of Your Own Way. The self-help book moment seems like a WTF thing to recount now, and I guess that means maybe it felt like that back when it came out, too. But it wasn’t all that surprising, really. Tyrese regularly posts videos of himself attempting to be inspirational to his Facebook page, which he is very active on, because, again, he is kind of strange. But it’s a thing he does and a thing he appears to enjoy. Sometimes the videos are a handful of seconds long; often times they’re five, 10, 15 minutes long. I’ve watched many of them, although maybe “watched” isn’t the correct word, because mostly I just turn them on and then listen to them while I work on something. Maybe “listen” is the right word, or maybe that’s not the right word, because you don’t really “listen” to them so much as you “experience” them, because they are almost always insane, because, one more time, Tyrese is kind of strange.

His very best motivational video was released at the end of 2014. It was 16 minutes and 17 seconds long. It was his advice to single women on how not to alienate themselves from the men pursuing them. The opening two minutes and 25 seconds are nothing short of exemplary, and I want you to understand that I am being 100 percent sincere when I write that. It is True Peak Tyrese footage. He started out by giving his thesis, which was clear and concise and made sense: “Don’t independence your way into loneliness.” Then, in a very Tyresian move, he clarified it, but did so in a way that only made it confusing: “What I mean by that is: It’s not because you’re single and that you’re alone, it’s that you’re lonely.”

A thing that happens in these videos is they start out one way, and then they pivot super hard all the way TF off the map. This is him continuing his speech:

“It’s like you’re pulling out bug spray. As soon as a man try and flirt with you, talk with you or anything, you’re like [makes a spray noise]. Treatin’ motherfuckers like a mosquito.”

This makes sense. I get it. I understand it. We’re back to reinforcing his original point. But then:

Talk to me, Tyrese.

“And every time you walk in the house this little dog is happy as hell to see you. And we’re being replaced with animals.”

Here’s another one, and again, this is all just from the beginning of the video:

“As soon as a [DJ] in the club say, ‘All the independent ladies make some noise!’ [makes a yelling noise]”

OK, I got it. We’re back to the independent thing.

“You’re screaming. And the screams turn into a cry … [goes from fake laughing to fake crying]”

Right. I’m still with you, Tyrese.

(The long pause is almost always a blinking red light that he’s about to say something insane.)

“The little rabbit that’s in your drawer. Helping you to go to sleep every night. That’ll never be a man.”

I’m going to embed this video below because I want you to know that these are real things and that Tyrese is the realest of all:

Tyrese was funny on purpose when he and Taraji P. Henson did a Baby Boy skit while she was supposed to be presenting an award at the 2009 BET Awards:

Baby Boy, directed by John Singleton, was quietly an incredible movie and Tyrese was magnetic in it. He was a near perfect balance of hubris and vulnerability and brashness and insecurity, and I don’t think we can ever talk enough about how impressive it was for him to be able to do that in his first real movie role. He very accurately and acutely acted out the restlessness that comes with being caught somewhere between not wanting the responsibility that comes with being a bad person and also not wanting the responsibility that comes with being a good person. The movie resonated because his performance resonated. Look how happy Taraji and Tyrese made Kanye when they played it out in that BET skit: 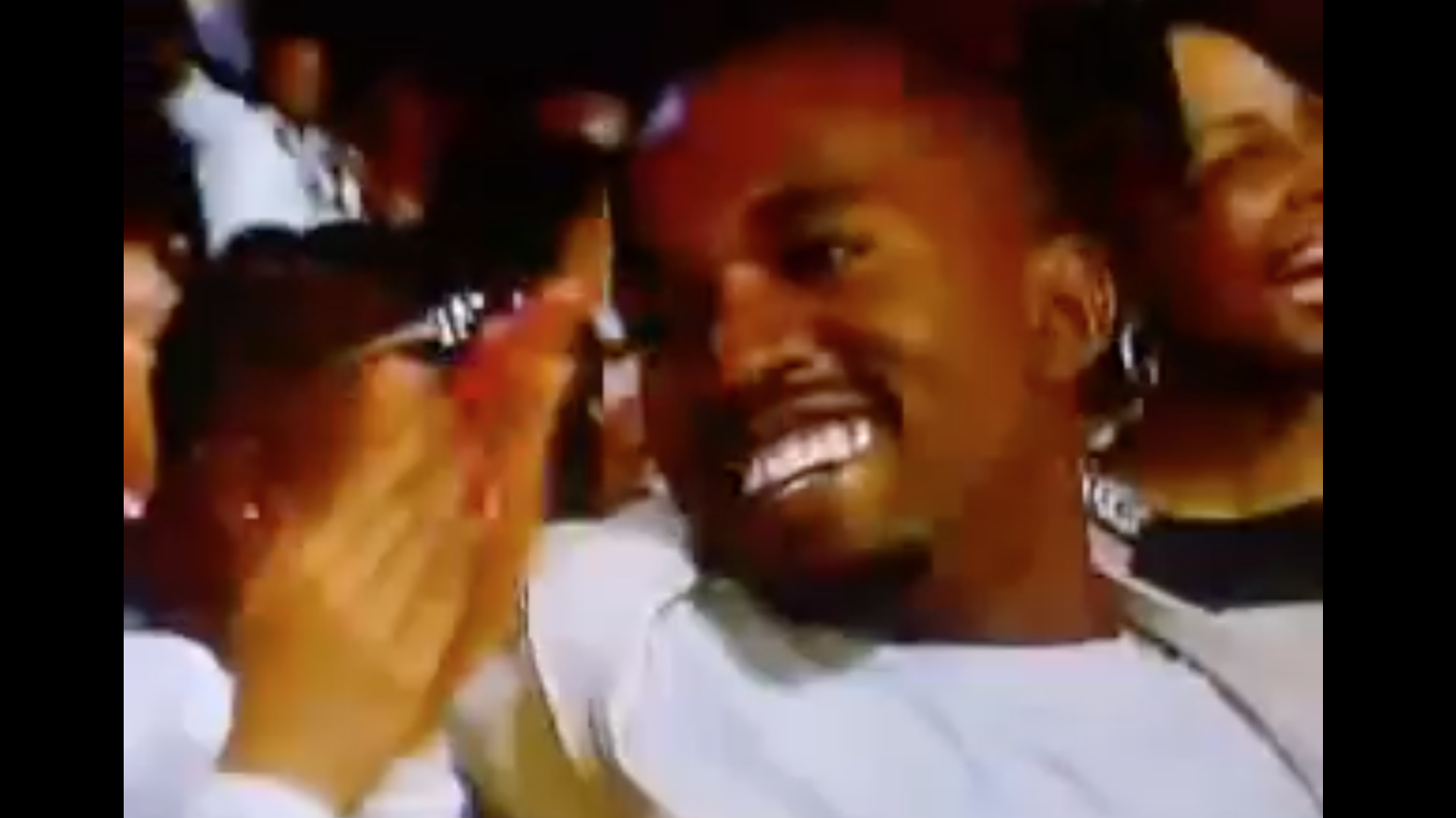 I don’t know that Kanye’s ever been as happy as he was right in that moment.

Right near the end of Black Rose, there’s a song called “Gonna Give You What You Need.” It’s the best impression of mid-‘90s Jodeci I’ve heard since mid-‘90s Jodeci. It has those same swirling chimes, that same goopy songwriting, that same ability to avoid being tactful while also avoiding being corny. Early in the album, on a song called “Dumb Shit,” Tyrese flawlessly floats around the edges of apologizing for infidelity, and it’s there that we get the premise for the entire album. (I wish there were a way to scrub the verse from Snoop off this and also scrub off the verse from “Black Ty,” but it’s also pretty great that Tyrese has a nickname for himself when he raps.)

“Shame,” three songs after “Dumb Shit,” is all heartbroken charm and very dusty pathos, and I don’t know that Tyrese has sounded more convincing in a song since “Sweet Lady” in 1998. The last track on Black Rose is “I Still Do,” and it’s there that we find the most hopeful version of Tyrese. He spends nearly all of the album talking about how he’s done things wrong to an invisible woman, but here, right now, he wants her to know that he still loves her, that he’s still trying, maybe that he’ll always try, that this is the end but maybe it isn’t, and the symbolism seems pretty clear.

Tyrese is wonderful. I will never get enough of his smile or his laugh. He has always seemed sincere and nearly always been likable and consistently hopeful. That Black Rose is a strong album is a reflection of that. There was a video he posted earlier this week in which he walked onto a bus1 wearing headphones and singing to nobody but actually singing to everybody. He was recreating the iconic Coke commercial from 1994 that springboarded him into fame. He was a teenager when he was in that. I can’t believe it was 20 years ago. Maybe he can’t either. If this really is his goodbye album, it’s a delightful send-off.

‘The Gallows,’ ‘Creep,’ and the State of Found-Footage Horror