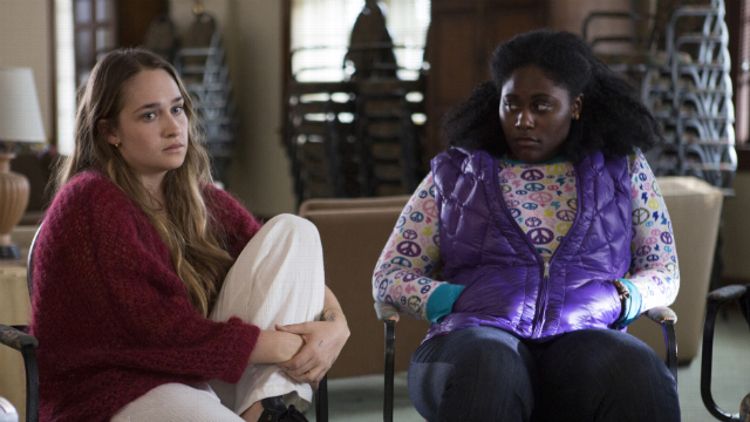 Emily Yoshida: Rembert! The third-season premiere of Girls was on TV last night, which means we’ve passed the first save point of 2014! Before we get into it with regard to the events of this Mad Men–esque double episode (Mad Men–esque only in its doubleness, though there was undoubtedly some fingerbanging in there), maybe first we should start off by briefly trying to sum up each of our relationships with this show. Even in the opening minutes of the first of tonight’s two back-to-back episodes I was trying to remember exactly what mine was. This show is a real puzzle to me! But you go first. Tell me about Rem + Girls.

Rembert Browne: I enjoy Girls, ye olde problematic, controversial television show of our time. And, more than the show, I really like Lena Dunham. I like the fact that someone my age has a platform to tell a story, even if it’s not my story. But every now and then, it’s not not my story. Perhaps I’m a bit envious, because I wish I had a show where I was doing a similar thing, probably called Gentlethugs.

I watched the first season in real time, and then the Internet ruined it for me, so when the second season came along I binge-watched it months after it had ended. But it didn’t really matter, because by the time I sat down to watch Season 2, I was already familiar with what I was supposed to be upset about, insulted by, OK with, etc.

Some other things to get out there before discussing the episodes: Completely OK with naked Hannah, because she tends to be naked when one would be naked. Marnie is kind of the worst, but I know 35 Marnies in my real life, so I have a soft spot for her. I have no feelings for Jessa and occasionally wish she wasn’t on the show; Girls airs on the same night as Bob’s Burgers, which is bad news for Girls; Shosh and Adam are two incredible television characters; and occasionally I get freaked out when I see parts of myself in both Hannah and Adam, because more often than not they’re insufferable humans.

OK, let’s go. We have two episodes to discuss. What are we going to talk about? Do we have to actually talk about the episodes, or can we just do the “Ugh, that part was so me and my friends” into “Ugh, this makes no sense” over and over again? Just let me know.

Yoshida: First of all, the fact that you have no thoughts about Jessa and wish she wasn’t on the show is a sign that this is going to be a WILD RIDE OF A SEASON. Jessa is the only character that makes any sense to me; even though I think I kind of know what a Marnie or a Shosh looks like IRL, I don’t really understand their direction or dramatic function with regard to the show. I think one of the more frustrating things about this show is how uninterested it really is in anyone besides Hannah and Adam. Hannah’s myopia is actually baked into the narrative and it’s really hard to engage with for me.

Well, I should say, Jessa WAS the only character who made any sense to me; I spent the first episode, “Females Only,” thoroughly confused about where her head was at, because it had been such a very long time since we had seen her. She just seemed so suddenly one-dimensionally horrid, and then she went and outed and ate out Laura (Orange Is the New Black’s Danielle Brooks) just for the hell of it? OK. The Jessa stuff started to come together more for me in the second episode; though I didn’t buy that she wouldn’t have slept with her fellow Brit-in-rehab daddy figure, especially in that oversize frog shirt. This was literally my note when I saw that frog shirt: “HE’S WEARING A FROG SHIRT NOW, THEY ARE GOING TO FUCK BECAUSE THIS IS GIRLS.”

Browne: First off, laugh out loud at you admitting that you took notes. Secondly, Jessa’s the worst. A nice twist would have been Jessa not going down on Laura, but the second she called her out for being a lesbian, there was no doubt that it was going to happen. I’m in the top 1 percentile of least perceptive people when it comes to figuring out where any piece of film or television is going, and even I called that one. Which is sad.

One thing that I did like from these two episodes is the relationship between Adam and Hannah’s friends — Marnie thanking him during her breakdown, Shoshanna and Adam during the hike, Adam telling Jessa he’d accompany her to meetings. They’re all nice touches. And it’s a realistic subplot: the boyfriend weirdly connecting with the friends in a way the girlfriend can’t, because she has no outside perspective, because she’s too involved.

Just a great way to start a season of television. Also, I was completely convinced Natalia was pregnant. And for the few seconds I thought that to be true, I don’t think I took a breath.

Also, much respect to Allison Williams for eating that taco and then spitting it out in the way only a depressed person could — depressed in the way a rich girl is when she can’t find one of her Louboutins.

Yoshida: Love Amy, but that scene was so weirdly over-the-top! The tone of this show is mystifying. If you asked me to sum up the overall tone of Girls all I’d really have is “jorts.” Adam Driver is killing it, though. I feel like a bad woman for relating to or being invested in only the guys (and JESSA!! SOMETIMES!) on Girls. Adam is just a very cohesively written, multi-layered character, way more so than Marnie or Shosh.

And never laugh at my notes. They were super serious and there were about four of them. In fact, it is thanks to my notes that I remembered this excellent Adam line: “I don’t catalogue my mind. It’s unhealthy.” Why is Adam the smartest one on the show when he’s not putting things on Shiri Appleby’s face? Why doesn’t he rub off on Hannah more? Sorry, bad choice of words.

Yoshida: If I had to pick a most “been there” moment of the second episode, it was Shosh getting sad because she’s the one weird one who wants to stay up and play Truth or Dare. If I had to pick the most “SMH” moment of the episode, it was Hannah listening to “This American Life” instead of going on a hike. YOU CAN DO BOTH AT THE SAME TIME, HANNAH. I think it’s kind of ironic that one of Girls’ de facto taglines has become that first-season tweet, “All adventurous women do.” Aside from contracting HPV, which is what that quote is about, the girls of Girls have to be the least-adventurous characters on TV. Maybe that makes them realistic, but it doesn’t always make for great TV.

Browne: That Natalia scene was kind of over-the-top, now that you mention it. Don’t care, at least it had me fooled and temporarily terrified for the direction of the third season, with Adam and potentially Hannah co-raising Natalia’s child.

I really enjoyed that Adam knew of Truth or Dare, but wasn’t fully certain of the rules. I liked that a lot. Really, any scene with Adam and Shosh interacting was fantastic. So great, in fact, that you were slightly less interested in the Adam-Hannah scenes. And yes, that “This American Life” part was ridiculous, especially because her Lena booty was obviously out in the leaves during the entire segment. Kind of wish they would have taken it a step further, though, and had her watching a TED talk about the Khan Academy.

A few other things. One of the primary characters on the season premiere of this very white show is a black woman. She’s also a drug addict named Laura who gets publicly outed by a rude Jessa and then has a sexual awakening by way of an “inspiring” Jessa. So, if this aspect of Girls — the lack of representation of non-white people — was something that perturbed you before, this might not make things better. Maybe it does, but it probably doesn’t. For me, it’s not what I lose sleep over, because (1) far more important issues exist in the world, and (2) I think Dunham is authentically writing about what she knows, and the vast majority of things she knows has seemingly involved white people, hence the almost exclusively white cast. I actually applauded (to a point) her lack of tokenism in the first season. But I worry, due to the things backlashes can do to your creative process, if that’s what is beginning to happen.

But whatever. Back to these notes. Are you taking them on paper? Is it in some Moleskine notebook? Are you using a quill pen? Is this all happening while you wear your Icona Pop T-shirt? I’m not mocking you, just very curious about your process.

Yoshida: The notes are definitely on paper. With a pencil that I sharpen in a little plastic pencil sharpener. There is wood in the pencil. We spend so much of our lives looking at a screen, y’know? Sometimes it’s nice to get back to nature, à la Adam and Shosh, and interface with a wooden stick.

About the Brooks guest role, which read as reactionary tokenism just as much as Donald Glover’s guest role last season (and was also a waste of a great talent): Yeah, “write what you know” can be solid advice, but only for writers who are always looking to expand what they know so they can write about more things. It’s funny to me that the only two people of color with speaking roles on this show literally just get screwed and tossed. If this is intentional and a metaphor for the gentrification of Brooklyn or whatever, then bravo, Girls, very damning commentary. I need more evidence that the show is that self-aware, though.

Browne: There’s no way for me to believe this is some deeper commentary so far into the series. That would be like learning, in a show’s series finale, that the entire world the characters lived in had been a snow globe all along. I’m taking everything from this show at face value. And with that said, while I know there’s a push to make it look more representative of New York City and/or Brooklyn, the odd choices for the non-white characters that have made their way onto the show make me, again, wish it were 100 percent white. You know, like Frasier, almost.

Yoshida: This is a solid point I cannot argue with.

Browne: Wait, I’m not sure if I like Girls. I think I do. Maybe I don’t. I’m going to keep checking my temperature about this. Maybe I should take notes.

Yoshida: The good thing is that this is a continuing journey, and we’ll have lots of time to sort out our feelings over the next couple months. Honestly, I thought I was going to quit Girls by the end of last season, but I’m glad I stuck around long enough to see Maroon 5 finally get some of that Zosia Mamet shine.

Browne: Yeah, I have nothing else to say right now. I have to make sure to save words for the inevitable Kevin Hart episode.