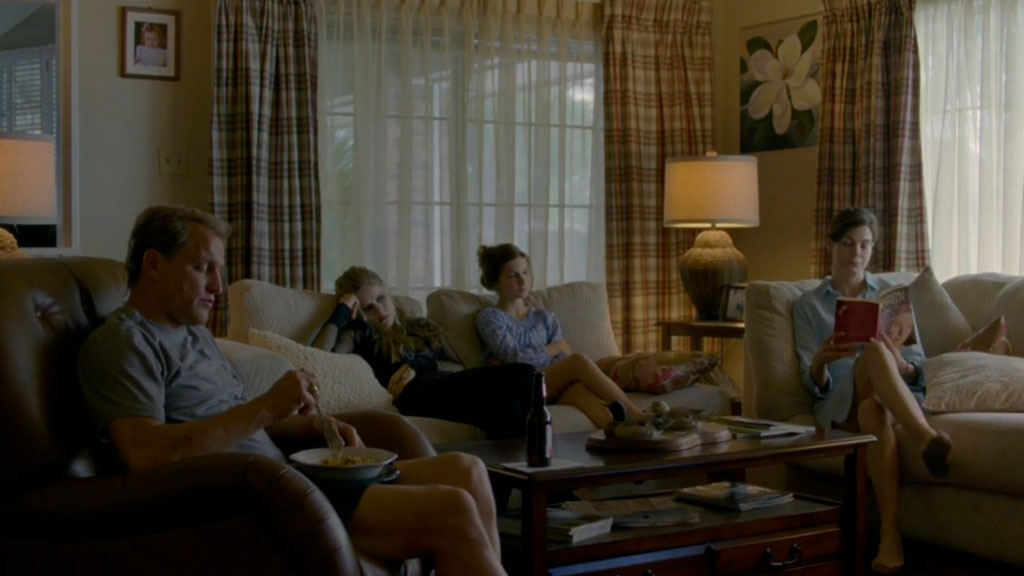 Molly Lambert and Emily Yoshida pick their favorite entries from the True Detective fanfic contest and share their thoughts on this year’s Oscars.

Subscribe to Grantland Pop Culture on iTunes, and check out our podcasts page.

Here are just a few of our True Detective fanfic entries from this week’s contest. Thanks to all of our talented listeners who submitted!

“Oh, I don’t believe this,” Marty said, looking at the gauge on his dashboard and rolling down the windows. “Rust, you’re not gonna like this, but the car’s overheatin’.”

Rust lit up a Camel cigarette, inhaling deeply. “I never much minded the heat, Marty. Way I see it, some people live their whole lives never knowin’ nothin’ but the fire.”

“Well stoppin’ now ain’t an option anyway,” Marty said. “If we lose this guy, the trail’s going cold. I’m going to have to crank the heat up full blast.”

Marty and Rust were trailing a meth head who could lead to information about a ritual slaying if Rust’s improbable theory played out just right.

“You go on and do what you gotta do, Marty,” Rust said, loosening his already barely knotted tie and unbuttoning his snug dress shirt. “Heat ain’t nothin’ but an idea our ancestors came up with to tell ’em the flames ain’t such a bad thing nohow.”

“OK, from now on, we’re just gonna pretend there’s an invisible wall down the middle of this car,” Marty said. “And nothing you say can get through that wall. So you may as well just stop talking now.”

“We all might as well never learned to talk at all, Marty,” Rust said. The clouds turned into the shape of a cross, either symbolizing something or because Rust used to do a lot of drugs.

The meth head pulled off at a satanic-biker drug-dealer rave in the bayou. Rust and Marty stripped down to their undershirts. Marty couldn’t help but notice Rust’s wifebeater clinging to his muscular chest from the swamp sweat.

“Let me ask you something, you work out?” Marty said. “I only ask because you seem to be in great shape, but I’ve never seen any free weights or muscle powder in your apartment.”

Rust’s musings on life were interrupted by a kiss. Marty didn’t know why he had done it. He felt shame, confusion, and guilt … but as much as he tried, none of these three feelings could add up to feeling bad. It was like the negative and positive canceled each other out, and all he felt was himself and his partner.

The two stroked each other’s gorgeous hair for a while. Both blond manes were soft and warm, like two tabby cats that had settled into a sun spot they just couldn’t pull themselves away from.

After a few hours, they killed the meth-dealing crankhead neo-Nazi raver bike gang, seeing many topless dancing tattooed women along the way. They improbably managed to escape without drawing police attention, staging the whole thing as a mass suicide.

When they got back home, Marty pulled into Rust’s driveway. “I think we should talk about what happened last night,” Marty said.

“What? After what we just did last night, you don’t think we got nothin’ to talk about?” Marty asked incredulously.

“I ain’t sure nothin’ ever did happen last night, Marty,” Rust said. “There’s bacteria in that swamp last night that did the same exact thing we did, only it don’t know or care why. We humans are cursed with the knowledge bacteria ain’t.”

“So what we did don’t mean nothin’ to you?” Marty asked.

“I don’t think what we did can mean nothin’ to nobody, Marty,” Rust said. “No matter what we might tell ourselves, our diaries, or whatever deities we were brought up to believe in. We was just two creatures bein’ creatures and doin’ what comes natural.”

“If you ever tell anyone about that, I will kill you,” Marty said, more hurt than angry.

“You are some kind of piece of work,” Marty said, pulling out of the driveway, tears coming to his eyes. He drove fast with the windows down so the tears couldn’t come.

That night Marty poured himself a drink and sat up wondering how the most important moment of his life could not mean anything to the partner he’d shared it with.

Across the bayou and an endless stretch of hallucinogenic sky, Rust slept for the first time in 10 years.

“A man who raised me who wasn’t my father told me once that you don’t get older, you just stop getting younger,” Rust said. Rust took out a small figurine he had been making out of beer cans, a hardcover copy of Little Women, and various opiates.

Marty glanced over at another couple at a table. He saw a woman who looked like Lorraine Barber, whom he’d had his first crush on in eighth grade. Marty’s hair got blonder with rage as he stood up and walked over to Lorraine’s table with the confident stride of a young Vladimir Putin. He flipped over the table in a rage and pinned the man to the floor.

“You like her! You thought about kissing her!” Marty flashed his badge to silently tell the man that calling the police was futile. Marty walked back to the table just as Rust was finishing a monologue.

“Who were you talking to you?” Marty said.

“Everyone,” Rust replied. The waiter came over and handed Marty the check.

“I paid last time, can you get this?” Marty said.

“Have you ever heard of the theory of the Checkosa?”

“The universe is made up of 95 percent dark matter and dark energy, yet every Chinese food menu from Louisiana to Seattle is exactly the same. M-theory, string theory, artificial sweeteners. It’s all from the same dark, twisted minds that commit the crimes that we call evil. The rules that we let govern our lives, the laws, they don’t matter to the Yellow King. People like that are just waiting for me to play my part in the universe and pay for this meal because you paid for the last one.”

“Is this your way of saying you’re not paying for dinner?” Marty asked.

“It’s my way of saying I already have. Everything we’ve done has happened before. We get dinner. I pay for it. You pay for it. I say it’s time to break the cycle that has led us inextricably to this point in time, this place, this restaurant. Me paying the bill this time? That’s just what the universe expects. What it requires to feed itself. I say we reject that, we starve the universe of its expectations of blood, depression, peyote mixed with talcum powder.”

“What if I were to say that me paying for this meal will result in the deaths of countless children across the world?”

“I’d say the meal should have been a lot better for that to happen.”

The following is an excerpt from True Detective’s original script, discarded after former co-screenwriter Cormac McCarthy was dismissed from the project. McCarthy left following an argument about space aliens and allegations of bringing a silver handgun onto the set.

Three-lane blacktop highway in the bayou of western Louisiana. Flat swampland under a glaring sun. Two vehicles — a black late-model sedan and a brick-red half-ton pickup — slow down and pull to the shoulder and stop and the driver of the pickup steps down and approaches the sedan. He crosses to the sedan’s passenger side and swings open the door and enters. In the bed of the truck two cheetahs rise slowly and begin to pace. Overhead buzzards drift in a vast spiral.

MARTY: Rust, how are ya?

RUST: Marty, you stand at a crossing.

RUST: You believe this world which is of your own making is the entirety of the truth when in reality it is but one world among other worlds and among truths that once grasped cannot be forgotten.

MARTY: You’re not making a lick of sense, Rust. What can’t I forget?

RUST: If you choose I will show you what I have seen, glimpsed only through glass as its unfiltered appearance is too terrible to comprehend. Once you resign yourself to this reality, the rocks and trees and cans of Lone Star and T-Mobile phones will assume their rightful appearance as illusions with no substance beyond that which you have fabricated. What I will show you will be the death knell and the annihilation of this world you hold to be true. It cannot be unseen.

MARTY: All right, Rust. Let’s get this over with.

Rust steps out of the sedan and onto its hood and in a single motion loosens his belt and squats over the windshield with his pants bunched around his ankles. He begins to rub himself on the glass as if tracing a spiral. Marty, still seated, stares transfixed.

Smash cut to office. Marty faces detectives Gilbough and Papania across a table.

Marty’s face is flushed. He looks up at the ceiling and a smile indicating the pain of recollection and a deep longing crosses his face.

MARTY: What’d it look like? Jesus, I don’t know. Like a pot of crawfish all red and steaming and beckoning but you know its spice will burn your tongue. Listen, forget it. Forget I said anything.

GILBOUGH: Forget it? Marty, you don’t forget a thing like that.