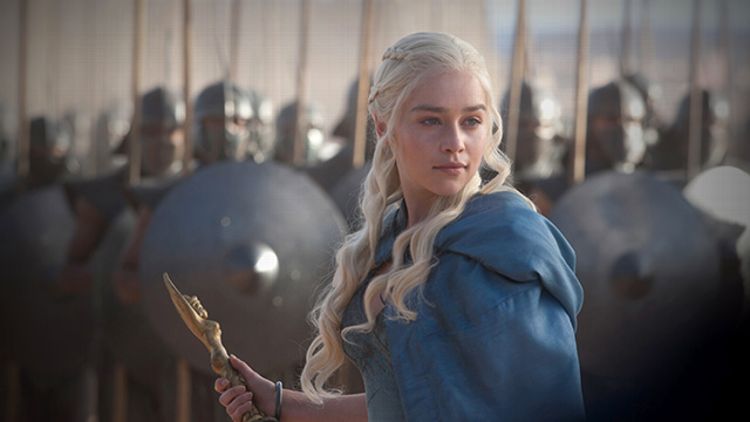 Warren Buffett, one of American capitalism’s own Masters of Coin, is often credited with introducing the phrase “skin in the game.” It turns out the Lord of Omaha didn’t actually invent the expression, which refers to an individual’s assumption of real risk in a chosen undertaking, but it’s easy to see why he’s become synonymous with it. Despite possessing the wealth of a Lannister and the toughness of an Ironborn, Buffett remains as popular as a Tyrell with the world at large. The reason: The billionaire businessman never makes a move that doesn’t involve sticking out his own neck. People tend to trust a guy who trusts himself, and, more likely than not, they’ll respect a winner who has personal knowledge of what it feels like to lose.

The skin required for a similar stake in the Game of Thrones is often a great deal more literal. Bran Stark lost his legs, Tyrion lost his looks (I’ve gleaned from the whispers of book readers that the imp lost considerably more in their sacred tomes; both Peter Dinklage’s agent and the show’s makeup artists are grateful for small favors), and Varys, as we learned last night in fascinating, hideous detail, lost his precious bow and arrows. It can’t be a coincidence, then, that all three of these men are among the most sympathetic of the Seven Kingdoms’ legion of would-be players. Scars humble and inconvenience Westerosi men of high and low standing alike, bringing them closer together in adulthood than they ever could’ve imagined at birth. The longer we spend amid the muck and squalor of the continent, the clearer it becomes that there’s another, more vicious game being played on the streets of King’s Landing, in the Northern woods, and in the frozen wastes beyond the wall: survival. Perspective in Westeros, like life, can be a bitch. But it can also be the existence-extending difference between those, like Joffrey, who laugh at the misfortune of others and those, like Varys, who have learned not to laugh at all.

But the lesson can be a rough one. One week after Jaime played a losing hand with Locke, he finds much more than his name being dragged through the mud. (Although that happens, too, as the Kingslayer’s captors seem to know all about his royal shenanigans with the queen. It appears Flea Bottom slander travels faster than the White Walkers.) After choking on horse piss and staging a weak and filthy revolt, Jaime collapses into an epic sulk that only his new bestie, Brienne, can pull him out of. “One taste of the real world, where people have important things taken from them, and you whine and cry and quit,” she scolds. Jaime fears that the loss of his sword hand — although literalists might point out he hasn’t actually lost it; it’s right there around his neck — means the loss of his identity. But those who have been forced to reinvent themselves thanks to the random, cutting cruelty of others are actually at a serious advantage on Game of Thrones. Brienne knows this firsthand: She somehow transformed herself from a gangly, bullied teen in a beach town (now that we know it has no jewels, I’m picturing Tarth as the Daytona of Westeros) into a fierce and fearsome knight. And Varys — who, thanks to Conleth Hill’s sly and subtle performance, ran away with this episode like Margaery with Joffrey’s heart — knows it best of all. The advice he gives to Tyrion, who remains too focused on small stakes to appreciate the bigger picture, could well have been delivered to the imp’s older, currently captive brother: Once you’ve lost something important, you’ll be surprised to discover what you’re actually capable of achieving.

“And Now His Watch Has Ended” was a total blast, easily one of the best episodes of Game of Thrones to date. Part of the pleasure came from the very tangible and extremely fatal events that occurred to the far north and across the ocean to the east — Game of Thrones is always better when George R.R. Martin’s hot air is stoked by the scorching flame of dragon’s breath. But the real majesty was the way David Benioff and D.B. Weiss tethered Martin’s soaring commentary, like one of Daenerys’s scaly offspring, to ground-level events both stabby and immediate. In a sense, this entire series is about the way systems of power collapse when reality begins to trump tradition and hierarchy; when those attempting to rule the game board are too removed to understand their own place in it. (In chess, a king is nearly as immobile as a pawn.) Last night, a thousand-year tradition of wearing black and hanging out with dudes — I’m talking about the Night’s Watch, not high school stage crew — crumbled under the crushing weight of hunger and resentment. In King’s Landing, the Lannisters appear to be losing their grip on the throne because Tywin is more fond of browbeating his children than actually listening to them. For a time, anyway, the food, flowers, and flattery of House Tyrell seem to be stronger than the slashing wit, swords, and cruelty of the Lannister lions. What made this episode so strong was the way it revealed how the body politic can be just as easily sliced and diced as a body.

That’s why the Brotherhood Without Banners represents the single most interesting thing to happen to the Seven Kingdoms since the invention of soap. A collection of bannermen and brigands from all across the continent, the Brotherhood is founded on the same empowering principles of reinvention and recontextualizing that transformed Varys from a castrated rent boy to a serene spymaster with a sorcerer for a pet. Since they seem to be fueled mostly by a thirst for justice and rum, I’d say they’re the closest things to unambiguous heroes we’ve yet encountered on Game of Thrones, although it’s a bit concerning that Thoros, the merry warrior priest, appears to pray to the same fiery god as that human patchouli stick Melisandre. Furthermore, their leader, Beric Dondarrion — a former knight who, the Internet informs me, appeared in the first season played by a different actor, which is in no way confusing — doesn’t seem to notice that Sandor Clegane is a fellow deserter carrying heavy scars, only some of which are visible. Back at Blackwater, the Hound took one look at the stupidity and savagery burning all around him and opted out. I’m hoping he gets another chance to stay off the straight and narrow. If everyone in Westeros were responsible for the stupidity of their brothers, the entire series would be sunk before it started.

I know Yara Greyjoy agrees with me. Just as Theon finally admits the truth about his catastrophic actions last season — caught between affection for his admirable adopted brother and allegiance toward his awful birth father (he chose poorly) — he ends up right back where he started: chained to a giant X, which marks the spot where every episode of Game of Thrones loses my interest. (Alfie Allen was excellent with his monologue, but come on: This story just literally traveled in a circle!) I was much more entertained by the sibling-ensnaring soapiness of Margaery Tyrell. The sadism of Joffrey slides off her like the face of someone suffering from Porridge Plague and, thanks to some cunning worthy of Lord Baelish himself, she’s got the king wrapped around her Littlefinger. Do you think Joffrey noticed that the crowd of extras was chanting his fiancée’s name more ardently than his own? Do you think he cares? I think Margaery is playing a dangerous game here in trying to tame an illegitimate lion cub by stroking its fur, but I still like her. I think that Margaery, similar to her saucy grandmother, wants power because she’s grown bored of pretty things like roses. To her, pairing off her down-low brother with a brought-low Stark is as simple as making a bouquet, then tossing it from the balcony. If it makes other people happy, then what’s the harm? Margaery’s heart seems to be in the right place, if it exists at all.

Yet for one week, at least, the small-bore maneuverings of court life took a backseat to the widescreen insanity of real life. The mutiny at Craster’s Keep was truly shocking in the moment but a logical extension of Martin’s M.O.: to construct beautiful rules and customs and then do exactly what Lady Olenna does to her equally lovely chamber pot. The shuffled storytelling of the past few weeks meant that the inciting incident for the murder of crows — the weeks of cold, suffering, and starvation — felt as buried as Craster’s hidden larder. But the brutal way in which those sworn to police the world couldn’t even police themselves felt like an apt metaphor for Game of Thrones as a whole. At least Sam, Gilly, and sweet little Craster XCIX got away. Sam even managed to hold on to his thimble, the better to store his chances of scoring before summer returns.

But nothing in the episode — hell, the season — matched Daenerys’s fiery emancipation proclamation in Astapor. It wasn’t so much the what but the how: We’ve seen plenty of stories in which a character played dumb about understanding a foreign language, and I don’t think even Hodor would’ve believed for a second that Dany was about to pawn off one of her dragons. But director Alex Graves filmed the scene perfectly, from the electric charge of anticipation that crackled through the initial transaction to history’s first recorded “drop the whip” moment of triumph just outside the city walls. Ever since we were introduced to her as a shy bargaining chip of yet another idiot brother, and all the way through her sacrifice and rebirth among the Dothraki, Daenerys has done nothing but surprise. But now the only one unimpressed by her majesty is Dany herself. She was taken in and almost taken off the board by some rich men back in Qarth, and there was no way that was going to happen again. Sure, her bargaining strategy was a little shady, but so is creating 8,000 castrated slave warriors in the first place. It appears that in the Game of Thrones, the only way to win is to first take your lumps and then take your revenge on the outdated system that ensnared you in the first place. I’d say this knowledge makes Daenerys the new favorite to win the game, but come on. Does she look like she’s playing?