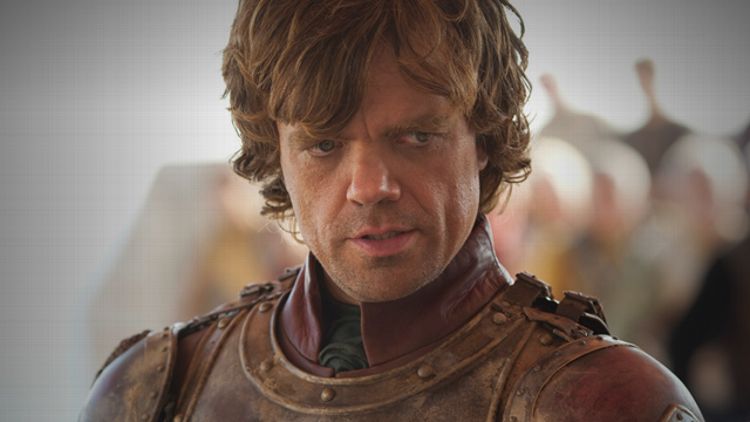 The job of a showrunner has changed drastically in the last 10 years. What was once an industry term for the most sleep-deprived person on set has morphed into an impossible combination of NFL head coach and PR-savvy quasi-celebrity. Former writers’ room introverts like Matthew Weiner and Damon Lindelof have been dragged, pale and pad-thai-stained, out into the harsh, unforgiving light of the San Fernando Valley, expected to be both the driving creative forces behind their shows and the public faces in front of them. While tweeting with fans and flirting with Finkes can be both fun and and effective, it can also distract from what is already one of the hardest gigs in Hollywood.

The day-to-day work of making television has been likened to a runaway freight train, a speeding behemoth that, once started, will keep moving until it either runs out of fuel or crashes. In that analogy, the showrunner is the one both laying the track and, simultaneously, trying to conduct the train. TV shows rarely go off the rails owing to lack of effort or ill intentions. It’s almost always a failure of ideas, a failure to execute those ideas, or, most commonly, a fatal combination of the two. Every showrunner dreams of pure, self-actualizing success, a la Harold and his Purple Crayon, but most wind up like Wile E. Coyote, wondering when, exactly, they wandered over the cliff.

All of which makes the success of Game of Thrones so fascinating. Each season of the fantasy blockbuster is adapted from one of George R.R. Martin’s well-stuffed best sellers, putting showrunners David Benioff and D.B. Weiss in a unique position. Unlike their peers running, say, Hell on Wheels (or, in fact, the characters of Hell on Wheels!), Benioff and Weiss have the track already laid out ahead of them. Which isn’t to say their job is easy — I’d imagine it’s something akin to playing Temple Run in full chain mail — but it is radically different from the majority of what’s on television. Despite appearing on our flat-screens in orderly, weekly installments, most series involve massive leaps of faith both by the showrunners — who desperately hope and pray the storytelling decisions they’ve made will pay off both in viewer satisfaction and future plot opportunities — and by the audience, who are asked to commit untold hours (and precious DVR space) to an enterprise with unknown prospects. For every show like Homeland, which makes good on its initial premise, there’s a The Killing, which takes the promise of its pilot and promptly drowns it in the damp woods somewhere outside of Seattle. Blessed with high ratings (and a pay-cable home that doesn’t much care about them), Game of Thrones exists outside the slings, arrows, and network notes of more original productions. With Martin’s preexisting texts to guide them, Benioff and Weiss are liberated to take chances that would make most dues-paying members of WGA blanch and focus on the little details that too often slip between the cracks of lesser shows, like sumptuous production design and a Hefnerian eye for hiring shirt-averse extras. That freedom is remarkable on its own, but, as the second season begins this weekend, it’s also transformed the show into something else: the most dependable series on TV.

On the surface, it’s crazy that this should be so. Game of Thrones is absurd in its ambition and scope: Dozens of characters, saddled with roll-again names like Balon and Littlefinger, are spread across multiple continents, all speaking violently differing versions of the Queen’s English, from Charles Dance’s plummy syllables to Peter Dinklage’s wry, Manhattan-spiked inflections. The show is also insane in its decision making. Last season’s nominal hero, Sean Bean’s wearily noble Ned Stark, lost his head with righteous anger and then literally lost his head to an executioner’s blade. Killing off the main character is jaw-dropping, even in the nominally “risky” world of cable dramas, which, beneath the swearing and meth-dealing, still rely on old-fashioned metrics like star power and fan loyalty for success. (No matter how many bullets he took or dream sequences he — and we! — endured, there was no way Tony Soprano was getting whacked.) This season, the predictable rules are bent even further, and it’s downright exhilarating: Game of Thrones no longer has a lead character or even a central setting. With Ned gone, the focus has splintered. Sunday’s premiere tracks the machinations of countless would-be kings and pretenders from the chilly north (where the remaining Starks are leading an army toward King’s Landing, with a captured, still-pretty Jaime Lannister in tow) to beyond the confines of the great wall. There are aspects of the episode that almost feel like anti-TV: New characters appear and more time is spent on their luscious backdrop — a beach littered with gargantuan burning effigies, an arsonist’s Easter Island — than on introductions (it helps that the newcomers are played by Carice van Houten and the perpetually wonderful Stephen Dillane; the two tear into their mysterious roles as if they were freshly harvested horse hearts). And of the two most popular not-dead characters, one, dapper dwarf Tyrion, is stuck advising petulant brat-king Joffrey, and the other, SPF 50 crusader Daenerys, may have newly hatched fire-breathing pets, but is otherwise still marooned thousands of miles from the action with only Downton Abbey’s villainous Sir Richard Carlisle for company. But it’s possible — no, downright pleasurable — to relax into the Dungeons & Dragonsy drift of this beautiful nonsense, safe in the knowledge that it’s all going somewhere. Thanks to Martin’s well-paced prophecies, as Benioff and Weiss consolidate their leadership, their show is more and more free to disassemble. It may seem all over the place, but it’s actually an exercise in control.

It also helps considerably that we’ve finally moved past the throat-clearing and bodice-ripping sexposition of last year. (It’s saying something about the show’s raised stakes that there are more royal claimants in the first hour than bared breasts.) The first chapters of any epic are always the most grueling, what with the establishing of bloodlines, the unfurling of family crests, and the portentous stroking of direwolves. The absence of Ned and his déclassé, ultimately disastrous distaste for the incestuous nature of court politics (not to mention the literally incestuous nature of the Queen) frees the show from tiresome Tolkienian world-building and focuses instead on the Grand Guignol wars rumbling on all fronts. (Martin’s Shakespearean ambition is clear, but to me his greatest strength seems to be evoking the Bard’s reeking, leering, beer-soaked audience at the Globe Theater rather than the plays themselves.) Sure, there are baby dragons and a magic moppet who can’t walk but is blessed with nocturnal lupine visions, but don’t be distracted by the geeky preponderance of swords. Game of Thrones is all about the backstabbing.

Even those who are deathly allergic to dragon dander can find much to admire here; when Game of Thrones sinks into genre camp it’s never anything less than entertaining and, if Sunday’s baby-blood-stained premiere is any indication, it will also often be quite disturbing. But for me the show’s main allure is the way it takes the audience psychodrama out of the contemporary serialized drama. Benioff and Weiss are showing what’s possible when freed from one of the main planks of modern showrunning. Yes, they can write, but really they’re able stewards, clever curators. As long as the two keep steady hands on the rudder, there will be no shark jumping, no Nikki and Paulo, no score-settling newsroom high jinks. Westeros may be treacherous, but our investment in it is safe. The real magic here isn’t, as Game of Thrones adherents insist, the transformation of familiar fantasy into gritty, believable reality. It’s the elevation of television professionalism into something approaching art.

NBC Comedy Recap: Up All Night and a Less-Than-Inspiring Thursday Lineup