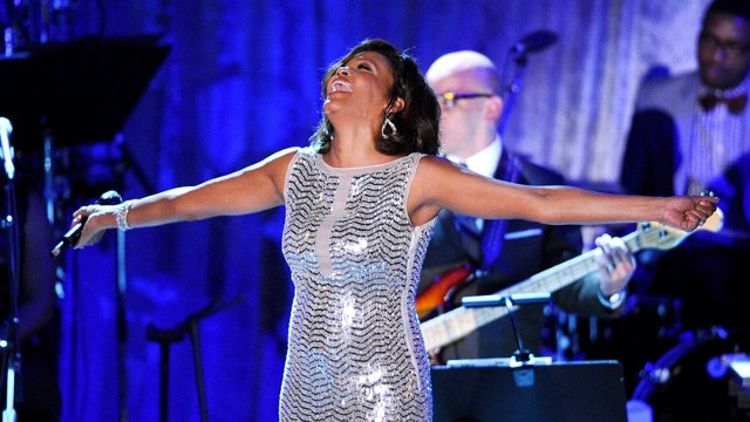 The following originally ran on July 17, 2009, as part of a Friday mailbag.

Q: Thought of this after Michael Jackson’s death: Which famous singer would have dominated American Idol the most had he/she started his/her career as a contestant on the show? I thought MJ around the “Off the Wall” era, but then realized he would not have been eligible because of his Jackson 5 fame. So who? Please don’t tell me John Mayer, circa 2005.

SG: Come on, Cliff, 2005 Mayer would have rolled through that show every week, caused a national riot and had Paula whipping her ovaries at him. Anyone non-threatening with undeniable talent who can play guitar, play the piano or belt out tunes is going to succeed on Idol. Young Alicia Keys would have crushed Idol. Same for the dude from Maroon 5. Norah Jones would have done well. You get the idea. But there is one answer for your question and only one: Whitney Houston.

She’s like Michael Jackson in this respect: All the craziness with her personal life these past 12-15 years ended up overshadowing the eight to 10 years before it. Young Whitney was like LeBron crossed with Tiger. Actually, you can’t even compare her to anything. Let’s say you rated a young female singer from 1 to 50 in five categories: likability, attractiveness, singing voice, pedigree and stage presence. Young Whitney was a 50 in all of them. Has anyone else ever cracked 45? One of the many fascinating subplots of the mid-80s: you had a male singer (Jackson), a female singer (Whitney), a boxer (Mike Tyson), a baseball pitcher (Dwight Gooden) and an actor/comedian (Eddie Murphy) who peaked at precociously young ages, convinced us they were headed toward becoming the “greatest (fill in the genre) of all time” … only none of them made it. Not one.

I would argue Whitney barely edges out Gooden as the biggest tragedy of the five. Eddie had a phenomenal nine-year run of SNL episodes, movies and comedy specials before his movie career went Barry Zito on us. Tyson had a number of memorable fights and made such an impact that I have been pushing for ESPN to have “Tyson Week” (like Shark Week) for this entire decade. Jackson had all the Jackson 5 stuff, “Off the Wall,” “Thriller” and “Bad” before things started getting weird. But Whitney should have been the black Streisand: an iconic singer/actress who aged with her audience, lasted for decades and was mentioned in the first breath any time someone asked, “Who were the biggest female performers ever?” Instead, it was over for her in eight years. Incredible.

Anyway, let’s say 1985 Whitney shows up for Idol tryouts next January. Only 21 years old, she comes out for her audition, smiles at the judges and belts out “Saving All My Love” like she does in this Letterman clip. Can you imagine the reaction? Wouldn’t the judges have been a stammering puddle like Letterman was after that? I say ’85 Whitney pulls away from the field like Secretariat in the Belmont, trounces ’05 John Mayer, crushes Alicia Keys, obliterates the Maroon 5 guy. … Nobody touches her. Not for a second.

One last Whitney story because I think it explains the “you had to be there” aspect of Whitney’s brief apex. My father took me to visit Tufts University right around the time her first album came out. Dad was looking for parking and “Saving All My Love” had just come on the radio. About halfway through the song, he found a spot and I thought we were getting out of the car. He told me to hold on until the end of the song. When I made fun of him, he explained simply, “Whitney really belts it out in this one.” You have to know my dad. He never, EVER says things like this. And you know what? He was right. I didn’t even challenge it. I just don’t think there’s ever been another singer who would have kept two people in their car during a random winter day in New England like that. Just Whitney.